Glasstire has learned of some curatorial changes that will be happening soon at two Texas institutions: first, Sarah Beth Wilson, who has served as the Curator of Exhibitions and Collections at Beaumont’s Art Museum of Southeast Texas (AMSET) since 2014, has accepted a position as Art League Houston’s Director and Curator of Exhibitions. And second, Mariah Rockefeller, who has worked as AMSET’s Registrar since November of 2018, will be stepping into Ms. Wilson’s shoes as the institution’s curator. 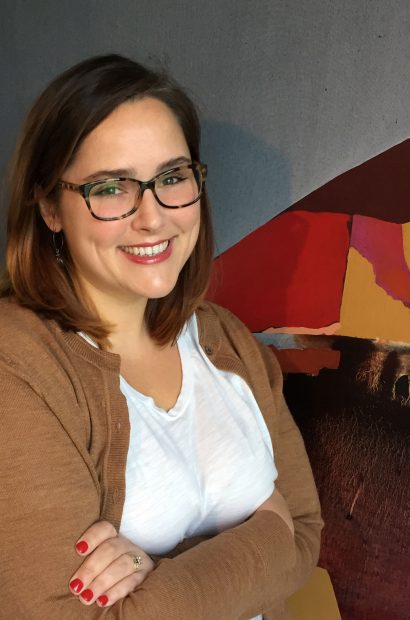 During her stint at AMSET, Ms. Wilson organized exhibitions by many local and regional contemporary Texas artists, including solo shows by Anthony Sonnenberg, Ellen Tanner, and Richard Stout. Her forthcoming programing for the museum, which features shows by JooYoung Choi, Jules Buck Jones, Emily Peacock, Prince Thomas, and others, will continue through 2021.

Ms. Wilson has contributed essays to numerous publications and monographs, and has lectured at galleries and institutions across the state. Currently, she serves as the Chair of the Executive Committee and Board for the Center for the Advancement and Study of Early Texas Art (CASETA). On her new role as Director and Curator of Exhibitions at Art League Houston, which she will begin in February, Ms. Wilson told Glasstire:

“I am elated about my new role at Art League Houston, which is a beacon in the Houston community and greater Texas art world, recognized for championing both historical, emerging and contemporary artists. I look forward to being a part of this rich and storied institution, with an ongoing legacy of supporting and encouraging artists and the art community.” 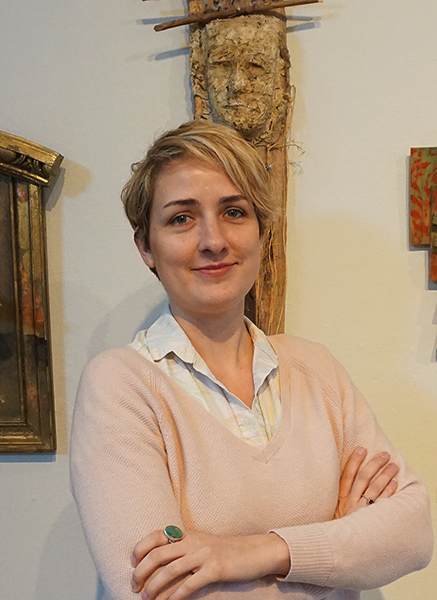 Over the next few weeks, Ms. Wilson will be working with Ms. Rockefeller on a smooth transition at the museum. A graduate from the University of Houston, Ms. Rockefeller has been involved in Texas’ gallery scene for quite some time. Before she was AMSET’s registrar, she served as the Gallery Director for William Reaves | Sarah Foltz Fine Art in Houston, and prior to that, she worked as the Gallery Manager at Lora Reynolds Gallery in Austin, and as Gallery Director at Harris Gallery, Houston.

We’ll expect a continuation of Texas-centric shows from Ms. Rockefeller’s tenure at AMSET, as her bio on William Reaves | Sarah Foltz Fine Art’s website tells of her appreciation of artists in the state: “Mariah was born in Houston, Texas, and believes strongly in the importance of Texas art and the artists who reside here.”

Congratulations to both Ms. Rockefeller and Ms. Wilson!

Congratulations Sarah! The Art League is so lucky to have Sarah at the helm. We worked together on my first solo museum show at AMSET and I’m so very happy that we now have her in Houston! Way to go Sarah!

I’ve had the opportunity to work with both Sarah and Mariah at AMSET recently. They’re the best! Congratulations!

I’ve had the very distinct pleasure of working at Harris Gallery Houston under Ms. Rockefeller and Harrison Itz for many years. I can only see great things ahead for the dedicated team at the AMSET, with a wonderful history of education, programming and visionary Director leadership. These are challenging and exciting times ahead for established Museums and non-profits. Best wishes to both institutions, and all who continue to lift up the Arts in South Texas, and Thank you to AMSET and ART LEAGUE for your brilliant work over the years. Cheers to Mariah and Sarah Beth.