Over the summer, JooYoung Choi took up residence at DiverseWorks in Houston during its group exhibition Parliament of Owls. From late June to mid-August, Choi invited the public into her process of creating her ongoing alternate universe, called The Cosmic Womb. The Cosmic Womb has been growing in complexity since 2012, and is, per DiverseWorks, “a deeply personal narrative influenced by her childhood that deals with issues such as adoption, race, loss, and liberation. While at DiverseWorks, Choi, sometimes with the assistance of visitors, has created props, dioramas, set pieces, and puppets for new video work.”

(When Glasstire visited DiverseWorks in July, Choi was in the midst of building hyper-detailed mini-sets and dioramas, shooting videos, sewing costumes, and composing all the music for her productions.)

The following photographs, shot recently by Everett Taasevigen, are of JooYoung Choi in her studio. 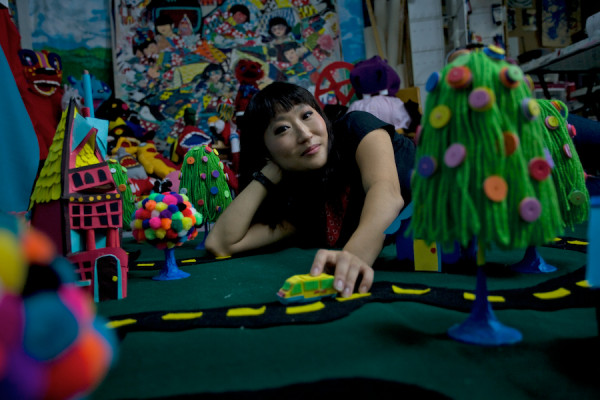 JooYoung Choi in her studio. 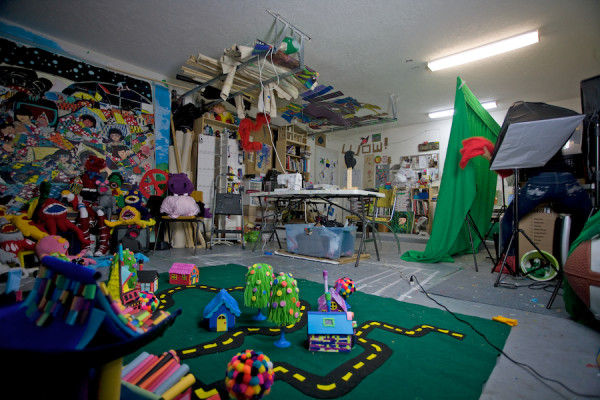 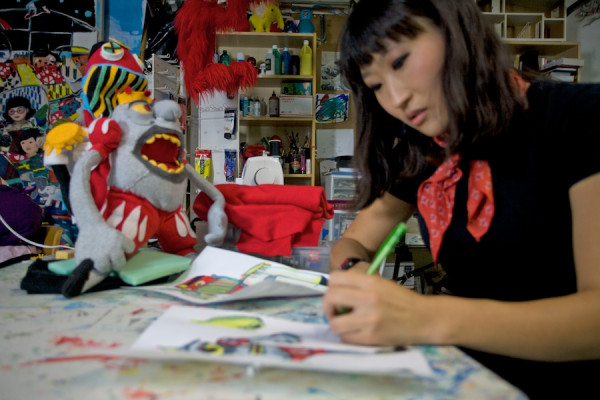 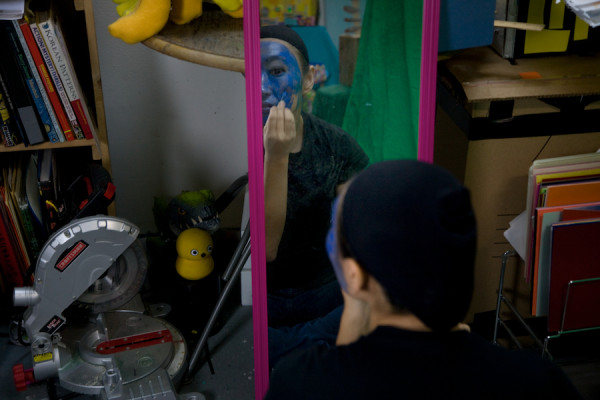 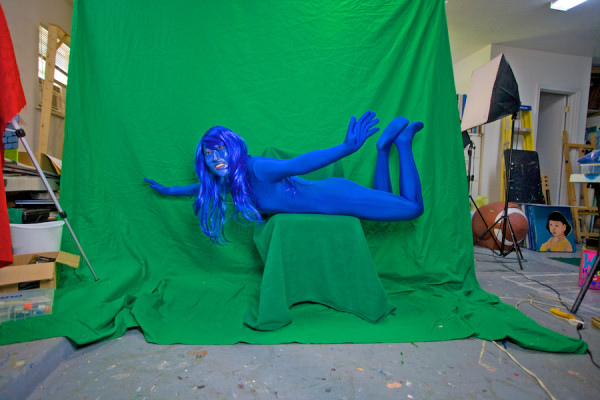 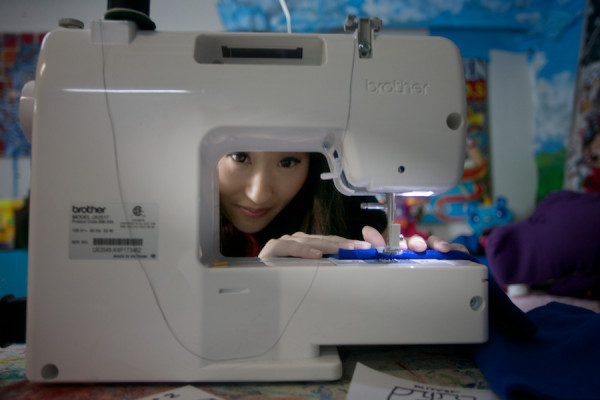 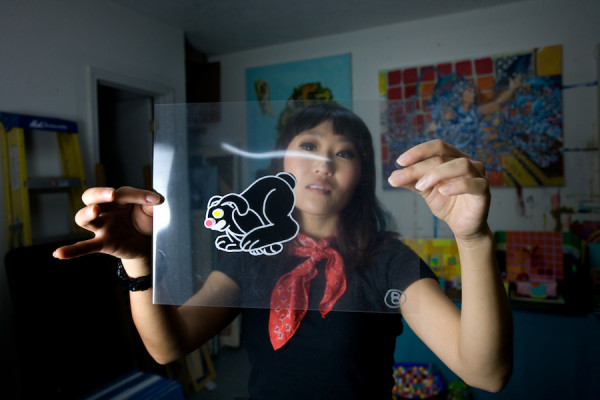 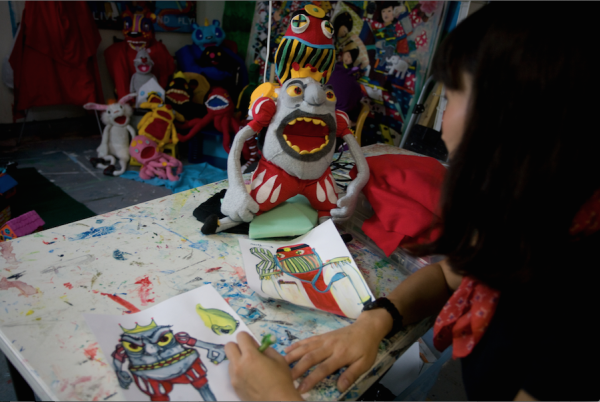 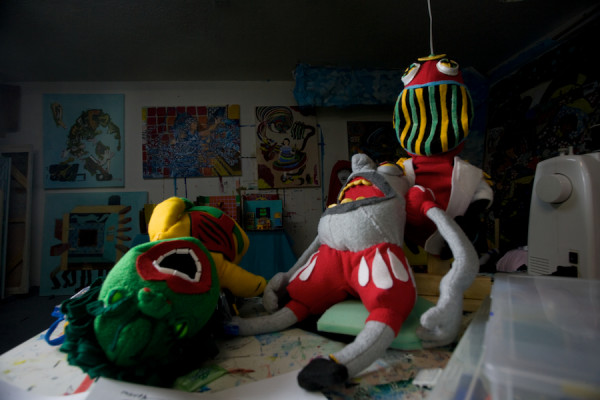