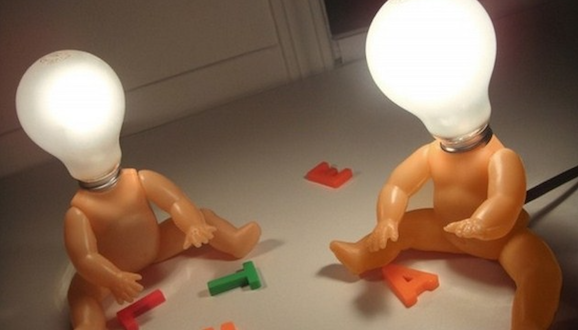 Round ten of The Idea Fund, a re-granting program administered by a partnership of DiverseWorks, Aurora Picture Show, and Project Row Houses and funded by The Andy Warhol Foundation (at a total of $50,000) for the Visual Arts, has announced The Idea Fund Round Ten Grantees and Projects. Congratulations to all, including Glasstire’s former editor Bill Davenport!

Pamela Council: Red Drink: A Blaxidermy Juneteenth Offering
Red drinks are popular throughout the Black Atlantic ̶ in the form of sorel, Agua De Jamaica, Bissop, Cheerwine, Kool-Aid, and Texas’ own Big Red Soda ̶ and are a traditional celebratory beverage of Juneteenth. In soda form, they are also a fantastic contributor to the Diabetes plague that impacts so many Americans. As an offering to the ancestors and an attraction to the public this summer, Council will create an architectural fountain filled with Red Drink. On hot, sticky summer days, Council will place the fountain in a public space in Galveston, where she will host performances and provide cups that are printed with pertinent information about freedom, history, and red drink.

Ching-In Chen, Jorge Galvan Flores, Cassie Mira Nicholson, John Pluecker, Addie Tsai: Failure to Con/Form
Failure to Con/Form will be a Houston-based series of rotating flash-mob reading/performance events in sites of both restriction and healing/safety for trans, genderqueer, intersex and gender-non-conforming people. The events will feature local and nationally recognized trans, genderqueer, intersex and gender-non-conforming writers, performers and artists. This reading/performance series is inspired by the history of LGBTQI* community members who have performed queer takeovers or disruptions of non-queer-friendly spaces such as bars, clubs, proms and Baptist conventions.

jenaeveeve: a red beat, yellow
a red beat, yellow is an hour-long, low-budget experimental opera. Originating as a sound recording, a red beat, yellow is informed by jenaeveeve’s only private space in a cramped, busy city: her bedroom. Who better to perform with than puppets in the staging of a piece confronting daily interactions and imagined outcomes written in solitude? The opera’s inaugural staging will contort to fit within an accessible, affordable Houston performance location.

Laura Wellen: Mud & Blue
Mud & Blue takes the physicality of post-Hurricane Harvey Houston as a starting point to consider the murky, muddy ambiguity of emotional life and affective politics as lived within artistic community. In a series of five pop-up events, Mud & Blue combines spoken word narrative essay and poetry with video screenings by contemporary artists engaging questions of landscape, politics, and affect. Mud & Blue looks to earth and the color blue as suggestive materials for considering what life in a post-disaster city might entail. It suggests a political weariness, mitigated by shared efforts at healing or cleanup, at recovery through notions of community. Simultaneously, it allows for the problematics of such notions of community and recovery ̶ the muddiness of the proposition of a city-wide cleanup effort ̶ in its interrogation of bad feelings, exhaustion, sadness, and apathy ̶ that is, the feelings that are the impetus for the blues.

Brian ‘PlutoLenz’ Ellison: UNMASKulinity
What is masculinity? Why do we view masculinity the way we do in the Black community? Why are Black men not able to experience the full emotional range? How do we unravel and redefine the concept of Black masculinity? This film will dissect the history of masculinity in the African American Community in hopes of uncovering the answers to these questions.

Alex Goss: Gathering Dust
Through a one-night endurance performance, Goss will explore the labor of machine and human workers as it is manifested digitally and physically. A freestanding industrial robot arm and the artist perform the futile task of displacing dust throughout an unused retail space in Midtown, Houston. As the duo works their way through the aisles of the venue, theatrical lighting invokes the rowdy plight of the sorcerer’s apprentice from Fantasia. The animation of a lifeless object confronts the viewer to consider the status of persons as operators and machines as tools.

Shana Hoehn: Boggy Creek
Hoehn’s video and sculpture installation, Boggy Creek, is based on popular culture and mythology surrounding bigfoot monster sightings along the Texas-Arkansas border. Hoehn is interested in conflating “the real” as it is manifested in folklore, social constructions, and digital manipulations within the video’s images and props. This installation will be a traveling, guerilla-style show in and between Houston and Texarkana. Projected images, powered by Hoehn’s car, will be accompanied by a boat-sculpture strapped on the car’s roof. Similar to how bigfoot creatures move along creeks, the exhibitions will appear near small waterways.

Nick Vaughan and Jake Margolin: A Landing on the Bayou
A Landing on the Bayou is a performance/lecture focused on Houston’s diverse, political and rich drag scene in the years between the Stonewall Riot and the beginning of the AIDS epidemic (1969-1985). Drawing from interviews with elders who survived those years ranging from the legendary drag queens Tasha Kohl and Hot Chocolate to the friends of amateur community members, this project will create a 70-minute multi-media talk. The artists plan to present the talk at several Houston LGBT nightclubs and other venues. The project is a continuation of the artists’ efforts to reinforce our society’s progressing views of gender and sexuality while counteracting the accompanying array of troubling social and legislative backlashes that are encroaching on the gains that so many have fought and died for.

Monica Villarreal: Impressions of a Brown Girl
As a daughter of Mexican migrant workers, Villarreal had a particularly difficult experience as a child. She was raised in a strict, Spanish-speaking, patriarchal household that conflicted with the outside assimilation of the ‘American culture’. “I was looked down upon if I spoke Spanish at school, my friends and relatives feared for their livelihood every time they walked outside because of their immigration status, and I was treated as a second class citizen cuz I was a brown girl.” Her intention with this project is to initiate and facilitate conversation about immigration, sexism, and discrimination as they relate to her experience as a brown girl. Using traditional Mexican printmaking, Villarreal will create a series of posters focused on issues that affect Latinx people. She will march with these posters at protests and organized actions throughout the year.

Sebastian Gomez de la Torre: Sad Gay // Gay Hell
This project centers around the concept of modern gay loneliness. “Gay Hell” refers to the hardships that gay men have in finding relationships, romantic or otherwise, and the sense of isolation that modern gay culture has bred. Gomez’s project will communicate this experience through comics, sculpture, and animation in an exhibition setting.

Bill Davenport: Artist, Get Equity!
Artist, Get Equity! is an apprenticeship for artist/renovators aimed at giving younger artists the skills needed to find, acquire, repair, adapt and inhabit abandoned or decrepit properties in Houston.