by Christina Rees May 11, 2015
FacebookTwitterEmail 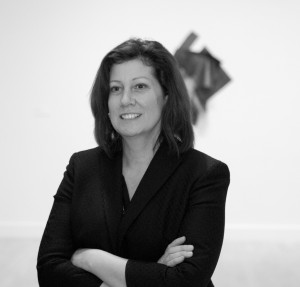 The board of directors of DiverseWorks in Houston has announced the appointment of Xandra Eden as its new Executive Director and Chief Curator. Eden comes to DiverseWorks from the Weatherspoon Art Museum in Greensboro, North Carolina. She has served as curator there since 2005, and was also an adjunct professor at the University of North Carolina at Greensboro. She was born in Canada but raised in Houston, so this is something of a homecoming for her.

Eden’s recent projects include solo exhibitions of the work of Nancy Rubins, Diana Al-Hadid, and Yoshua Okón; the 2014 Art on Paper biennial; and thematic exhibitions such as Zones of Contention (a multi-year project focusing on artists who address issues related to borderlines across the globe) and Persona: A Body in Parts, which included the work of Carter, Nick Cave, Kate Gilmore, Nikki S. Lee, Barbara Probst, and Gillian Wearing. Over the course of her career, Eden has curated exhibitions by a number of Texas-based artists including Jeff Shore and Jon Fisher: Reel to Reel at the Weatherspoon, and Dario Robleto: Chrysanthemum Anthem, which traveled from the Weatherspoon to the Aldrich Contemporary Art Museum, Ridgefield, CT.

Eden’s appointment is the culmination of a search that began when DiverseWorks’ former director, Elizabeth Dunbar, left late last year to become director of the Everson Museum of Art in Syracuse, New York.