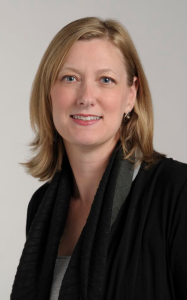 DiverseWorks Artspace has announced that its director, Elizabeth Dunbar, will be leaving for a new job as Director of the Everson Museum of Art in Syracuse, NY by the end of the year, adding another vacancy to already long list of empty chairs at Texas nonprofits. The Rothko Chapel, Houston Center for Photography, Project Row Houses, Galveston Arts Center, Linda Pace Foundation, and the El Paso Museum of Art are all looking for new chief executives.

Dunbar came to DiverseWorks in January 2012, not quite three years ago, fallout from the stormy implosion of ArtHouse in Austin, and immediately fell into a similar crisis here, as DiverseWorks left its longtime home, a beloved but grungy hangar under the East Freeway, for Midtown, lured by the promise of a spot in the nascent MATCH arts complex. DiverseWorks moved into its current midtown space, and was forced to shed its active performance programming along with its theater space, and lost Sixto Wagan, the program’s highly-regarded director. During her tenure, Dunbar shifted the organization’s curatorial focus onto presenting and commissioning multidisciplinary projects, and curated shows by Keren Cytter, Tony Feher, Liz Magic Laser, Franklin Evans, Wu Tsang, and Heather and Ivan Morison.

2015 programming will continue as planned, including projects with Oliver Herring, Dean Moss, and Tahni Holt. The DiverseWorks Board of Directors and staff are developing a transition plan and a search for a new director will be announced at a future date.

One has to admire Mr. Davenport’s unwillingness to let what’s actually true interfere with his embittered writing. Truly, to leave the reader with so many misconceptions in so little space is a remarkable achievement. First of all, the Diverseworks move to midtown was nothing resembling a “crisis”, as it had been something the board considered well before Ms. Dunbar’s arrival. It also had nothing to do with the MATCH building (which is actually scheduled to open at the end of next year with Diverseworks as a anchor tenant). The move to downtown was due to the fact that the “beloved” space under the freeway was problematic in a number of ways (for example, the AC was so bad it had to pretty much stay closed most of the summer) and failed to attract many visitors. In reality, attendance has gone up significantly since the move, so maybe the board was right in their assessment, though Mr. Davenport is entitled to continue to mourn its loss. Secondly, while the curatorial focus at Diverseworks has intentionally shifted, that was happening irrespective of the move. In fact, the number of Diverseworks performances has increased since then. It is hard to think of a metric in which Diverseworks is not in a much better position than it was before Ms. Dunbar’s arrival. And even with her departure, it is poised to continue on that trajectory.

The metric is easy to think of: quality. Maybe attendance is up, but as far as fostering the local art and performance scene, the move from the docks couldn’t have been worse. The old Diversworks died with the move. It had been dying for years, and it wasn’t Dunbar’s doing. As I said, she fell into this crisis. It’s telling, and ironic, when the best show an organization has done recently is a retrospective of its former relevance and vitality.

First of all, Mr. Davenport, you didn’t even mention the misleading statements I alluded to from your original post, so I assume you don’t disagree with my pointing them out. Secondly, what you refer to as a metric, the “Davenport quality metric” as it were, isn’t a metric at all but rather your subjective opinion. Were I a cynic I’d point out that what you refer to as a crisis-level degradation of quality seems to coincide with the last time DiverseWorks showed your work, but I’m sure that’s just coincidental. But let’s say we could make a quality index more objective. If we could, wouldn’t it include the facts that two of the last three projects commissioned by DiverseWorks have gone on to be presented at major international venues (White Chapel and Stedelijk)? Considering that the Houston art scene is as international as the city itself, your criticism, if I may call it that, seems incredibly provincial.

Two factual errors in the above article need to be corrected:

1. No “deal” with the MATCH ever fell through. DiverseWorks moved to its current space in Midtown in anticipation of moving into the MATCH upon its completion. MATCH is currently under construction, with completion scheduled for summer 2015.

2. DiverseWorks was not “forced to shed its active performance programming.” To the contrary, since moving to Midtown less than two years ago, DiverseWorks has presented 54 days/evenings of performance. Dance, experimental music, spoken word, theater, and performance art have been presented both within and outside of the gallery walls. Additionally, Heather and Ivan Morison’s “Slyk Chaynjis” (a version of which has since been presented at Whitechapel in London) was a performance in six acts performed daily for eight weeks. Our next exhibition, “Chelsea Knight and Mark Tribe: Posse Comitatus” is about dance, the body, and politics while the first 3 projects of 2015 are all performance: Oliver Herring’s “Areas for Action”, Dean Moss’s “johnbrown,” and Tahni Holt’s “Duet Love.”

The state of DiverseWorks before Dunbar’s arrival was pitiful. Bill should try to get more comfortable with feeling uncomfortable. DiverseWorks had to change, has now done so and will likely continue to do so.

It is evident that prior to the move & solidified by the move that there was a shift in the organization. Adding a few performances doesn’t compensate for the creative theatre incubation that used to happen at DW. Sure bringing in outside artist & doing a selection (I can remember 1) token Houston shows is okay, but the space feels like it has lost its way. It has alienated the community & no longer feels like a welcoming space.