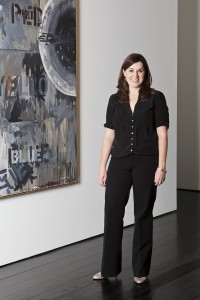 Whatever one thinks of Top-Whatever lists and segregating women from men for the sake of online clicks, we are pleased to see two Houstonians and one Austinite on Artnet’s new list of “25 Women Curators Shaking Things Up” (we interpret this as a.k.a. “25 women curators under 50,” and that’s fine).

Rachel Cook of DiverseWorks (sporting the liveliest pic) and Michelle White of the Menil Collection are included, as is Heather Pesanti from the Contemporary Austin. The list is a very international one; we’re happy to see Texas so well-represented on such a short list. Nice work, curators!

Contemporary Austin Pairs Up Artists with Teens for...