by Betsy Huete May 11, 2015
FacebookTwitterEmail

For an artist to say with any degree of seriousness that he is telekinetic, or that “we have 7 billion people on the planet, of which only a very insignificant proportion is bad,” is to invite derision. Yet Takis, a 90-year-old man who has worked with some of the most legendary artists, writers, and choreographers of the past century, a man who regularly practices sun yoga, says such things in complete earnestness—and instead of sounding naïve or out-of-touch, he comes across as refreshing, believable, and wise.

Descriptions of Takis’ work can sound new-agey and silly: after all, he has dedicated his life to making kinetic sculptures that engage with the mystical “fourth dimension,” from which the current exhibition at the Menil Collection gets its title. Since the mid-1950s, he has concerned himself with the invisible forces that bind our universe, in particular, magnetic waves.

With a fairly small sampling of work in a tight gallery, the Menil Collection manages to provide a broad spectrum of Takis’ seven-decade oeuvre, and it is here that we quickly understand why the work is not only not cheesy but wholly convincing: he doesn’t make work that simply represents his interests but actually embodies them. 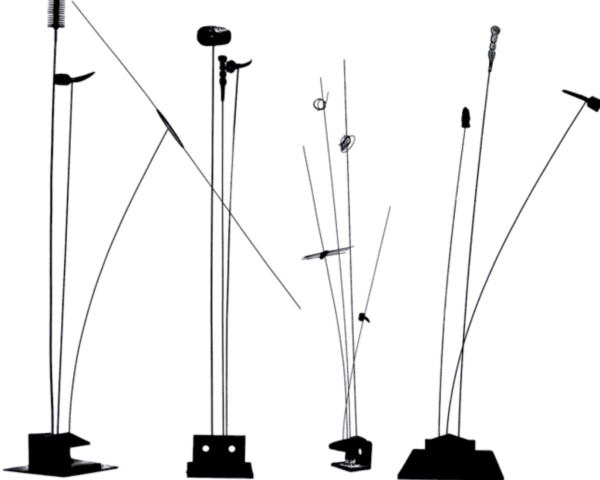 Of course he did not achieve that kind of embodiment overnight. The Menil’s exhibition rightly begins with his Signals series, created mostly in the 1950s. Spindly metal sculptures tack-welded together, the Signals read like smallish, errant radio towers, like conduits of energy and other unseen forces. The problem is they don’t actually do anything. Somewhat formally compelling, the Signals perpetually talk around what they want to say instead of just being it. 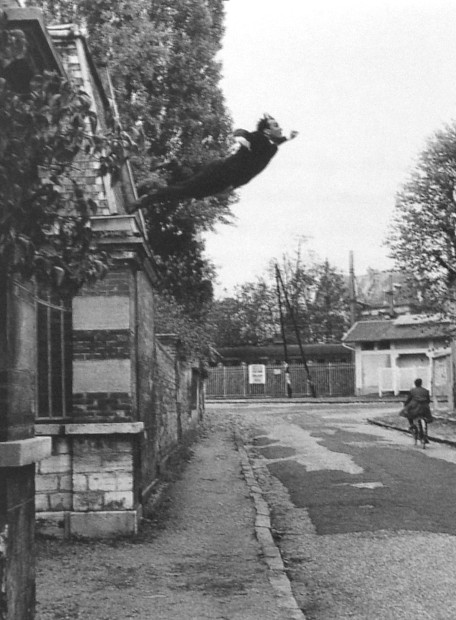 Yves Klein Leap Into the Void

In the gallery handout, curator Toby Kamps touches on a brief but vibrant rivalry between Takis and Yves Klein. He cites how the two of them engaged in a “space race” at the end of 1960 with the anticipation of Yuri Gagarin’s space flight. Kamps notes Klein’s Leap into the Void, a doctored image of Klein flying through the air, but implies that Takis won the battle with his magnetic suspension of Sinclair Beiles. Although Beiles was only suspended for an instant, it was real, unlike Klein’s fictitious leap. 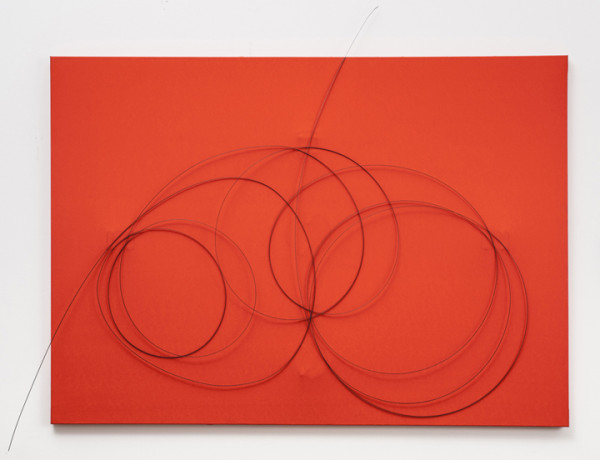 For Takis, the rivalry between himself and Klein is ongoing—or at least that’s the narrative Kamps puts forth in his curation. Takis’ lengthy and ongoing Magnetic Wall series uses thin, curling, almost lyrical wires, held in place with magnets, to draw on monochromatic canvases. While the wires of many of the Magnetic Walls remain dutifully within the perimeter of the canvas, in Magnetic Wall- M.W. 038 (1999), which Kamps has included in the show, both ends of the wires project off the top and bottom left corners of the canvas. In M.W. 038, Takis suggests movement beyond the confines of the canvas, grappling with and subverting Klein’s monochromatic vocabulary. He isn’t simply representing something, he is actualizing magnetic, unseen forces. 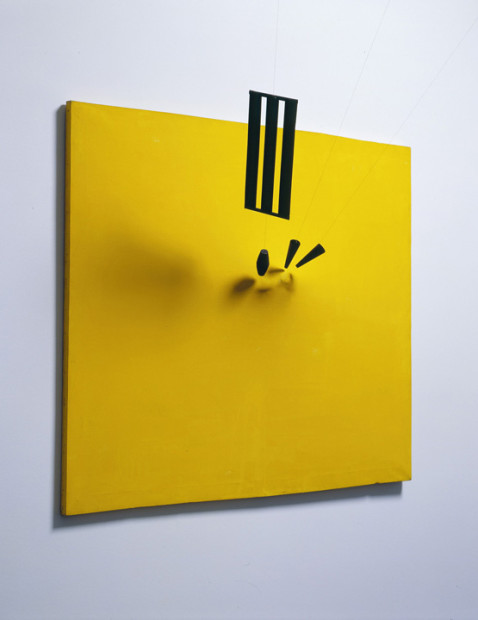 Magnetic Painting No. 7 (1962) hangs on the opposite wall, although this time the metal objects hang further away from the canvas. The embedded magnets and metal objects pull on each other so tautly that the yellow canvas is yanked and pulled upon, as if some alien creature is about to burst from within it. 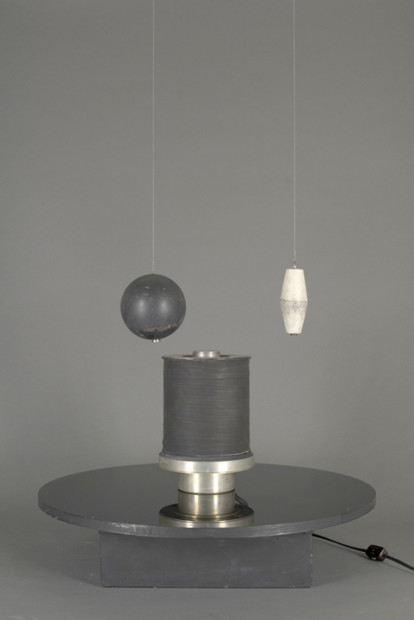 While both the Magnetic Wall and Magnetic Painting embody rather than simply represent invisible forces, they play second fiddle to the mesmerizing Ballet Magnetique I (1961) in the middle of the gallery space. A black sphere and a muddy-white, somewhat cylindrical object are controlled with a hidden switch like magnetic marionettes. The sphere, placidly undulating like a wrecking ball or orbiting planetary object, alternately bulldozes through and gets halted by its frenetic, swirling, desperately hyperactive counterpart. Like contentious lovers, the objects are permanently enamored with and repulsed by the other. The fraught sensuality of these otherwise bland, unassuming objects is further heightened by the rhythmic, spittling thrum of Musical-M.013 (2000) in the background, the combination of the two feeling strangely more erotic than any of the bronze Standing Women on display in the front window cases.

If Takis was some kind of sun yoga dreamer spouting off about electric currents and the mysticism of magnets, it would be impossible to take him seriously. But with a two-year residency with scientists at MIT and an over seventy-year career, he has not only taken on the role of artist but also a scientist himself. This show in turn backs up his research and exploration; it doesn’t just hint at or represent unseen forces but actually uses them as material.

Takis: The Fourth Dimension is on view at the Menil Collection until July 16, 2015.