One Year After Harvey, Part Two: The Creative Community Restructures 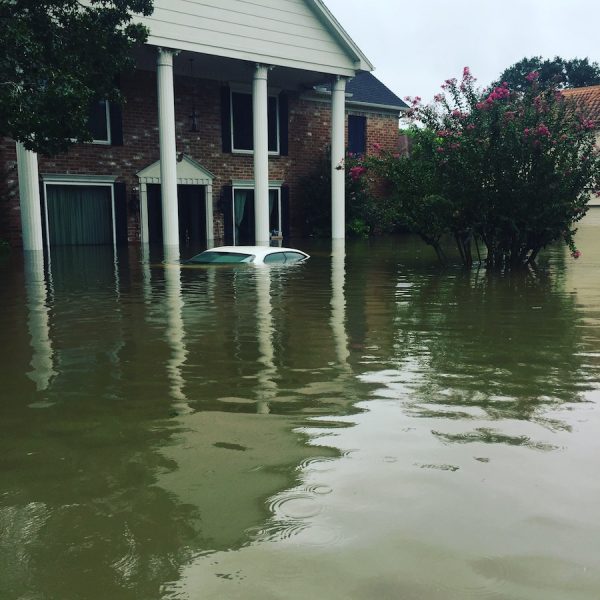 Ed note: Part One of this two-part series is here.

As the greater Houston and Gulf region continues its recovery process from 2017’s Hurricane Harvey, the creative community stands on unsure footing. We in the art community have approached the one-year mark of this life-changing event with an onslaught of conversations, key political topics, and recovery/readiness solutions are passing through many hands. Houston City Hall is hard at work, attempting to address the mountain of issues presented, while also bracing for this storm season. (While a majority of the season is behind us, the peak storm months are upon us.)  The city and the creative community are in “Batten Down the Hatches” mode.

How does this translate for nonprofits, institutions, and creative spaces planning future programming and fundraising methods? For decades, Houston has been in a bit of a bubble when it comes to economic downturns and stock-market dips. After 2008-10, when the US sank into a dark time of mass layoffs, corporate closures, and banking disaster, Houston was one of the first US cities return to some economic stability and normalcy. Many cities, such as Portland, Oregon ( where I was living at the time ) took years to balance its finances and return to any real job growth.

However, recurring natural disasters are a different ballgame for a region. The Gulf is getting warmer, so the storms are getting bigger and more frequent. The art community has been organizing and orchestrating plans of action.

I talked with two of Houston’s most respected nonprofits to get a better sense of how much Harvey and future storms are impacting their operations. These nonprofits are attentive. During and after Harvey, Houston’s DiverseWorks and Lawndale Art Center played a key role in the creation and implementation of The Harvey Arts Recovery Fund. Backed by a large team  of creative institutions and administrators, the Fund was in place to service the endless need pouring in last fall, post-hurricane.

Once the urgency calmed a bit, Xandra Eden, the Executive Director of DiverseWorks, came to a realization: “I was surprised that we did not have something like Harvey Arts Recovery Fund and the HARF Toolkit in place already. While incredibly helpful, this effort only addresses preparedness and recovery though, not adaptation, which is something we have been thinking about at DiverseWorks.” She continues: “We all need to be better prepared, but also we need to understand that when we have multiple weather events (as we did last year) we may come to a point where we might not be able to get back to ‘normal’. Something we clearly saw and are still seeing in Puerto Rico. How can we change our methods of working so that we are less vulnerable and can adapt/refocus quickly in times of crisis?”  The eye-opener in her statement is “…we might not be able to get back to ‘normal.”” What we once thought of as normal is not so much the case anymore. The idea of alternative strategies inside an institution is not so strange today.

Lawndale Art Center Executive Director Stephanie Mitchell expressed a definite change of attitude within the organization and its board. “Like other institutions in the Houston Museum District, Lawndale saw a dip in visitation from September 2017 to December 2018, picking back up in early 2018. Lawndale did not suffer any major damage to its facility and opened up its third floor for the storage of artworks by any persons or orgs affected by Harvey.” As Mitchell and  Eden go on to discuss the future outlook, they acknowledge that there’s a common thread throughout conversations happening not just their organizations, but establishments across the city: Most institutions experienced a notable drop in private donations, attendance, and involvement in the months following Harvey. “The fall was a rough season,”  Eden and Mitchell agree. Mitchell says, “We saw many organizations put the brakes on fundraising altogether for the rest of the year”.

So it almost goes without saying that many art institutions are now implementing long-term readiness and recovery plans.  For every major storm event Houston experiences, the city and its businesses lose anywhere from one to two months of economic sustainability, and that’s at best. If the city is unfortunate enough to experience two of those events in the same season, the region could easily be set back four to six months. The loss of six months of operation and funding is a monumental setback for any operation, let alone nonprofits and creative institutions. In the past, a nonprofit having a long-term lease on a property or owning the building in which it operates has been key in attracting large donors, contributors, and other kinds of programming and operating contracts. But throughout this past year, we’ve seen more roving exhibitions, pop-ups, and flexible programming throughout the city and region, and old-guard institutions are taking note.

DiverseWorks’ Eden says: “Because we don’t own real estate, we did not have to grapple with any damage claims. Our programs are always free. The downturn in attendance did not impact us in the same way as those arts organizations that rely on ticket sales revenue as a significant part of their annual budgets.” She continues: “The lack of property and reliance on earned revenue for our organization are factors that we may have considered disadvantages previously  — not so after this crisis situation.”

As the saying goes: The show must go on. But now always with one eye constantly open. Nonprofits and the creative community consistently operate with a mild sense of adaptation (Rolling with the punches, if you will.) From independant spaces to large museums, the emerging primary idea is to remain elastic in the fluctuating market, as well as the storm season in Texas. Institutions calculate for an emergency funds, as ever, and going forward those funds will be bigger and institutions will expect to use them more often.

In a sense of ongoing dialogue and collaboration, it seems the creative community has been formulating how to better serve the needs of the community and artists, rain or shine. “The dual impact of climate change and fluctuations in the economy has made me very aware of how very fragile the arts ecosystem is today,” says Eden. “ I, along with DiverseWorks staff and board, have taken steps to make sure we are as flexible as we can be in terms of our operational structure so that we can ensure that our commissioning and presenting programs are strong.” We can only hope that the Houston and Gulf Coast art scenes are more prepared as they face another unpredictable storm season, and all the equally unstable years to come.