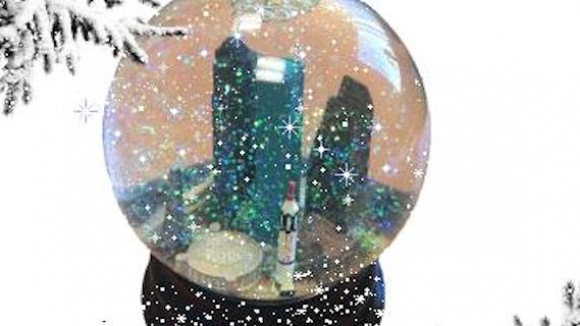 Image stolen from DiverseWorks.org because snow globes are cool.

This time of year, the art scene usually just settles down for a long winter’s nap, but Houston seems to be bucking that trend this year (at least for this upcoming week).

First of all, there’s the nonstop Lawndale Art Center (LAC). This evening, December 13, (doors open at 6pm; the show starts at 7pm), LAC will continue its series in conjunction with Lawndale Live, a live show filmed weekly in front of a studio audience. Tonight’s show features Fat Tony and Paul Middendorf, with music by DJ Flash Gordon Parks. Then, on Thursday, December 15 (doors open at 8pm; show begins at 8:30pm), LAC will present the Lawndale Comedy Club. Hilarity ensues just in time for post-election shenanigans and pre-family-get-together shenanigans. Laughter is much needed immediately.

Since late August, The Menil Collection has been presenting daily screenings of the rare, unfinished 16mm film by Andy Warhol, Sunset, held Wednesday through Sunday at 6pm. This Wednesday, December 14, Dr. Tish Stringer, lecturer and film program manager at Rice University, and main projectionist of the film, will talk about the film after watching it a gazillion times.

And, on December 15 at 6:30pm, the Houston Museum of African American Culture (HMAAC) will present a program focusing on the challenges facing African American cultural institutions in Houston.

We’ll stop at Thursday because there’s too much to do and see already.