A Sense of Home: The Art of Richard Stout 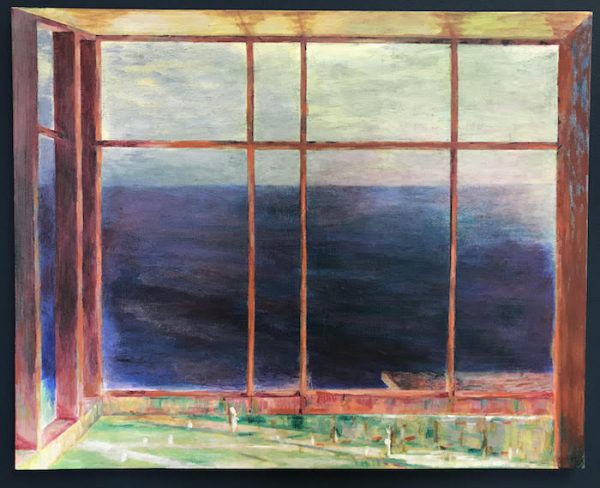 Native Texan Richard Stout paints and sculpts on the Gulf Coast of Texas. His metaphysical work will stop you in your tracks in his retrospective, currently on view at the Art Museum of South Texas: A Sense of Home: The Art of Richard Stout. Or, as the exhibition catalogue more eloquently puts it: “Stout’s work offer an oasis of fixity.” 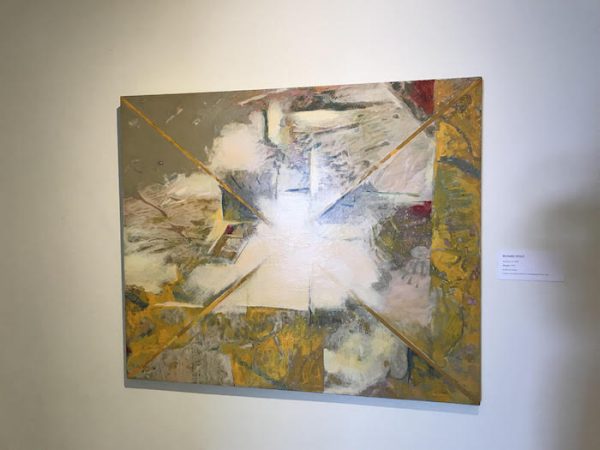 Stout ventures into painted spatial depictions that range in tactic from aerial depictions of a frenetic highway, as in the painting Houston, to subtly surreal interiors, as in To Thebes. He paints the feeling and nearly captures the sound of torrential hurricanic rain upon the bones of a house in Rose City, and gives us slick, marbled, meaty surfaces of rock in Hamlet. These are great paintings, and taken together add up to a powerhouse of a retrospective. 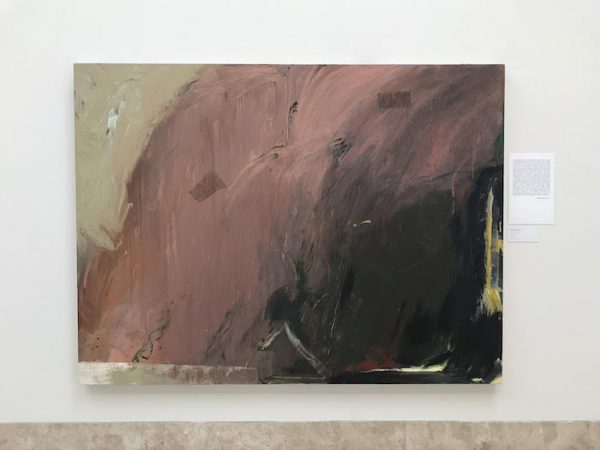 When considering an artist’s dive into materiality and material use, it should register differently now than it once did. Following someone once meant something real and actually lived, like Sophie Calle’s Suite Venitienne. The world was material. But now we have to unplug to reinhabit our own bodies as an elective or forced activity. Maybe that’s what makes viewing works like Stout’s an even more precious experience. 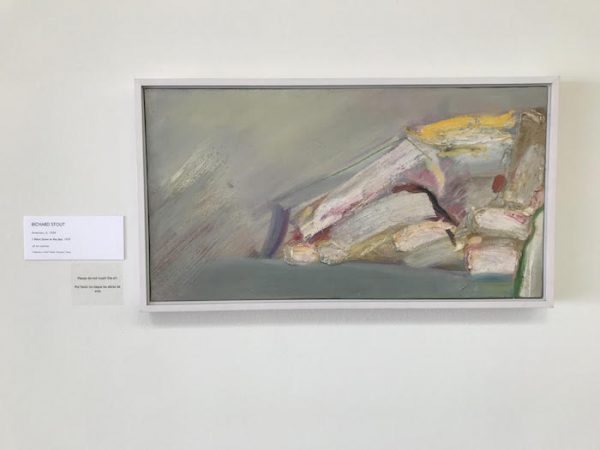 I Went Down to the Sea 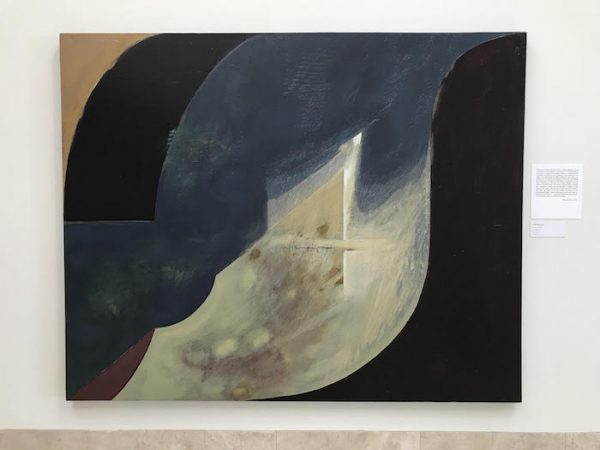 The large, abstracted paintings are made with acrylic and oil; fat clusters of paint clump together, tumorously, like seaside outcrops of rock in I Went Down to the Sea. Canvas is made visible through Stout’s repeated raking though a vast pool of a pewter-toned blue paint in For Heroes, as though the painting itself is subject to breaking waves and violent riptide. Sometimes the scraped-away surface reads softly, like the subtle shifts in the pattern of sand as currents gently pull it back and forth. Stout’s work intensifies in his most recent paintings of naked beams or doorways and sectioned-out citadels. They present themselves as specific, but then you blink. Suddenly you are magicked, transplanted miles away, but you haven’t forgotten the line where water meets sky.

There is a story (typed out next to his one of paintings) describing the crackers and rice placed in salt shakers to combat the humidity in pre-air-conditioned days. This, along with the epic references in Stout’s titles, evokes a time when a coast acted as both strategic border and epicenter of trade. This still holds true, of course: Texas’ coasts are a major energy sector in America, the horizon line peppered with refinery towers. Port cities as hubs of trade, international metropolitanism, and battleship storage haven’t changed much over the millennia. What has changed, as illustrated in the salt-shaker story, is the technology that affects our lives, whether in the consistency of our salt, or the ease with which we can reduce each other to smithereens. 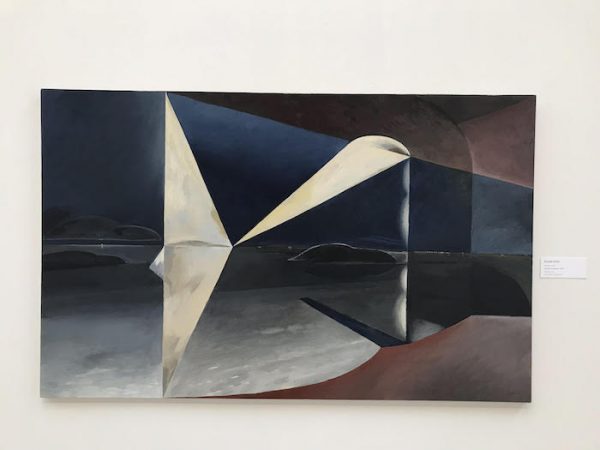 The Light of Providence

In touring Stout’s memories of place, “home,” specifically, it is impossible to untie the link between the warm and the empty in his renderings of doorways and chairs, delivered visually from a child’s perspective (both gleaned in the exhibition quotes and the low eye-line of the painting’s interiors. The lines on the doors or shelves only tilt upwards or are level, placing the viewer below them, especially evident in When I Was Young). There’s a lonesomeness in looking out through a window to the sea. Perhaps we are waiting on someone who won’t come home, or for another devastating storm, or for the gods themselves to descend and swallow us whole. 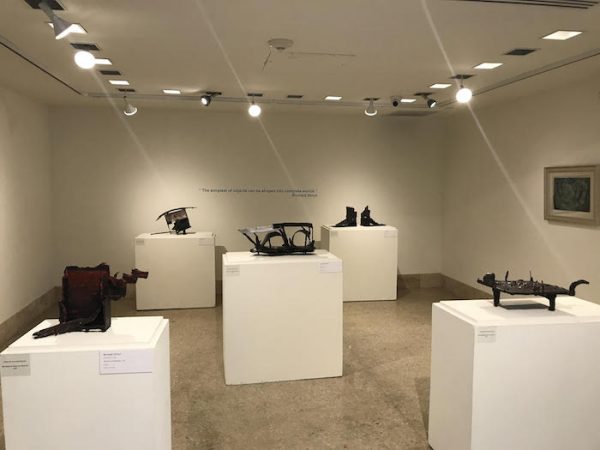 Stout’s sculptures, like his paintings, revel in their own material quality: bronze, corrugated cardboard, slices and rubs of color. These rudimentary ships, squat anvils, and vining masts seem the most personal in Stout’s childhood recollections. It’s as if they were cobbled together in a playroom overlooking the sea while his mother read him Homer’s Iliad. In this way, the museum itself is the perfect setting for Stout’s work — the main exhibition floor looking out over the Corpus Christi Bay. Go see for yourself.

“A Sense of Home: The Art of a Richard Stout” is on view at the Art Museum of South Texas in Corpus Christi through September 2, 2018.