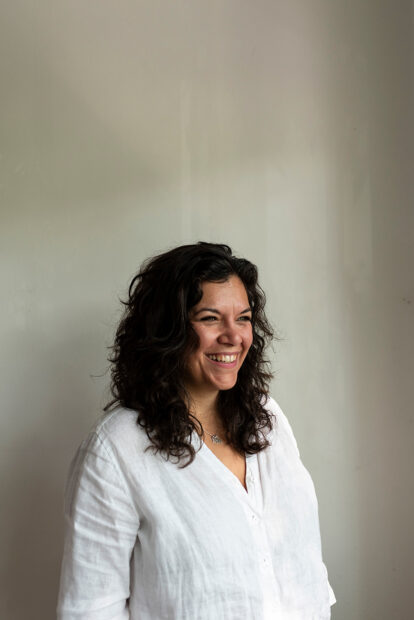 Glasstire is pleased to announce that writer and curator Leslie Moody Castro is currently serving as the Guest Editor for the publication. In this role, Moody Castro is working directly with Glasstire’s contributing writers to commission and prepare feature content for publication. She began this role in mid-January, and will serve through the end of May, as Glasstire searches for a full-time Editor-in-Chief.

Moody Castro is neither a stranger to the Texas art scene nor to Glasstire — she has been writing for the publication for 11 years (you may read her writing here), and has curated numerous exhibitions in and across Texas, including the 2017 Texas Biennial exhibition. In addition to her role as Guest Editor, Moody Castro is also a guest juror for Glasstire’s 2022 Central Texas Art Writing Prize.

Working as Guest Editor has been a huge learning opportunity and an exciting way to connect with writers at all stages in their careers across the state. It’s such a great challenge to be on the other side of the screen, and I have learned a ton. I’m grateful for all the mentorship and advice I’ve had along the way, and even more grateful for all of the writers who have helped me through this learning curve with patience and grace!

If you would like to write for Glasstire, you may reach Moody Castro at her email: [email protected] Glasstire continuously accepts pitches from existing and prospective writers. Learn more about writing for Glasstire here.

About Leslie Moody Castro
Leslie Moody Castro is an independent curator and writer whose practice is based on itinerancy and collaboration. She has produced, organized, and collaborated on projects in Mexico and the United States for nearly two decades. Moody Castro earned a Master’s degree at The University of Texas at Austin in Museum Education with a portfolio supplement in Museum Studies in 2010, and a Bachelor’s degree in Art History at DePaul University in Chicago in 2004, and has been awarded two grants from the National Endowment of the Arts for her curatorial projects (2016, 2017). She is committed to creating moments of artistic exchange and dialogue, and is a co-founder of Unlisted Projects, an artist residency program in Austin, Texas. In 2017, she was selected as Curator and Artistic Director of the sixth edition of the Texas Biennial, and was the first invited curator in residence at the Galveston Artist Residency. She is currently the inaugural Curatorial Fellow at New Mexico State University, Las Cruces. In addition to her firm belief that the visual arts creates moments of empathy, Moody Castro also believes that Mariachis make everything better.