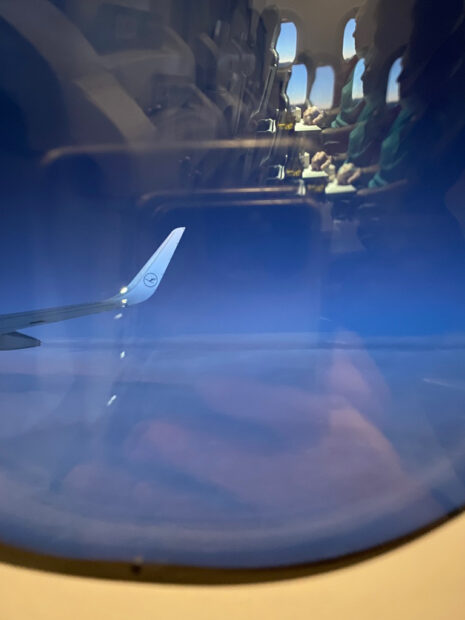 I remembered what the jet lag felt like. I remembered the confusion of arriving in the middle of the night, a little disoriented and a little lost, twilight still lingering on the horizon. This time around I touched down at 1 AM. I had been through Houston, Frankfurt, and Mannheim from my original destination of Mexico City; it had been more than 24 hours of travel, and I had been awake for most of it.

There is something unnerving about arriving at a destination in the middle of the night, with the brightness of the sun still lingering in the sky. It’s uncanny and vertigo-inducing to experience lightness at times when — according to my personal Western geography — it should be pitch-black. This wasn’t a sun that was loud in its brightness or aggressively commanding of the sky, but rather it was an omniscient sun, always there with a perpetual glow, a quiet and lingering light that grated on the nerves. 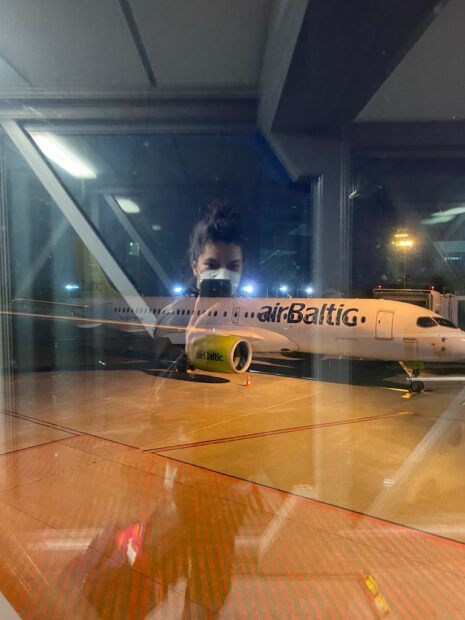 But this time I remembered that unnerving uncanniness. This time I was prepared for it, and even with my first steps on the ground, I could feel that much had changed in five years.

This time the uncanny was a little more familiar. 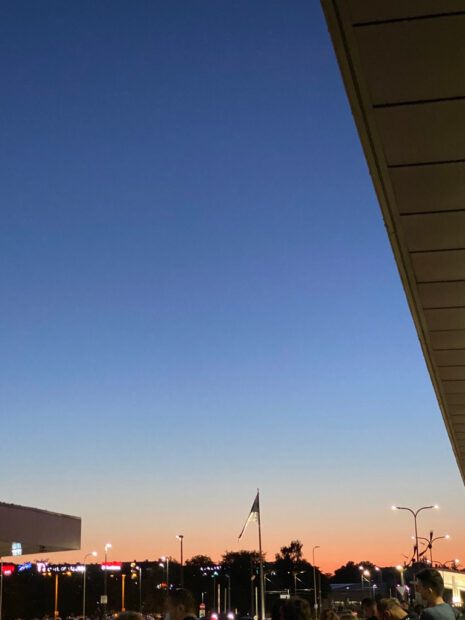 Five years had passed since I first stepped foot off a plane in Tallinn, Estonia. It was a destination I never anticipated I would visit once, let alone twice. Almost exactly five years later, another opportunity pulled me back to the Baltics. This time it was a little more personal: I was to be stationed in the northeast corner of the country, in a border town called Narva, where a clearly demarcated river line divided Estonia from Russia. I was there on the invitation of the NART Residency, which had been postponed because of COVID in 2019, and rescheduled for the fall of 2020. My trip ended up being post Midsummer, and fell right in the time of the year when seasons change slowly from perpetual sun to perpetual night.

Usually when I start a residency I have no idea what I am getting myself into. This time, however, the familiarity of being in a border town — especially one so contentious and militarized — immediately drew me in .

Throughout the course of the pandemic in 2020, I began digging a little deeper into the history of my paternal grandmother, whose family immigrated to the U.S. from the Austro-Hungarian Empire, particularly the area that was the edge of the former Soviet Union after World War II, and is now the border area of Poland and the Ukraine. It is unclear what the family was escaping, but it’s safe to assume it was the trifecta of poverty, instability, and violence that led to their migration to the U.S. in 1906 and 1907. My grandmother, Ann Nagurney, was born and raised in Pennsylvania. It was there too that she enlisted in the military as a soldier around the time of the Korean War. She later met my grandfather who was from the border region of the Rio Grande Valley; the two married and she followed him to San Benito, Texas. In Texas, she raised seven children. Around San Benito was also where I and most of my cousins were born.

Anyone from any border area knows that there is a certain “borderness” that seeps into the people who live there.It’s impossible to shake; it’s the sense of malleable identities, of always being from both here and there — whichever side here or there falls on — and of identities that are never binary, but are instead fluid and loose. I wanted to feel this in Narva, to lose myself in translation, to understand and make sense of the genealogical borderness that was passed down to me. 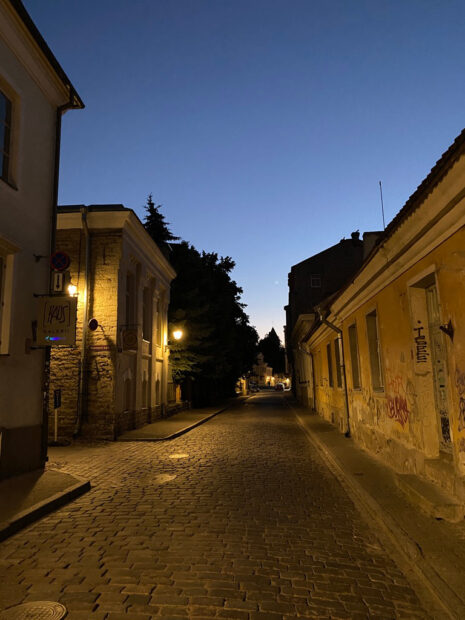 My entire life my grandmother’s Europeanness — her whiteness —  ranked highest in my genealogical skin color. Though my bloodline shows more than 40% indigenous northern Mexican, and although I come from a family whose brown skin and shorter statures are undoubtedly Mexican, I came out tall, with olive skin and green eyes, which has allowed me to pass between almost any circles. I was taught that all of these things, combined, give me a lead in life. That my “Europeanness” gave me a pass in life that those on my maternal side didn’t have, even if my “Europeanness” was equally as muddy.

So, I landed in Tallinn, with the perpetual twilight blinking in the distance. This was my long layover to adjust to the jet-lag and time difference, to prepare myself for the next leg of my trip, which was the border town of Narva. This was my time to contemplate all I’d encounter during my residency, to think about whiteness, lineage, history, memory, and my personal intersections with it all. I was at the precipice of a two-month exploration of borders and borderness, and would soon be attempting to make sense of the concepts through the history of my own family. I had no doubt it was going to be difficult. 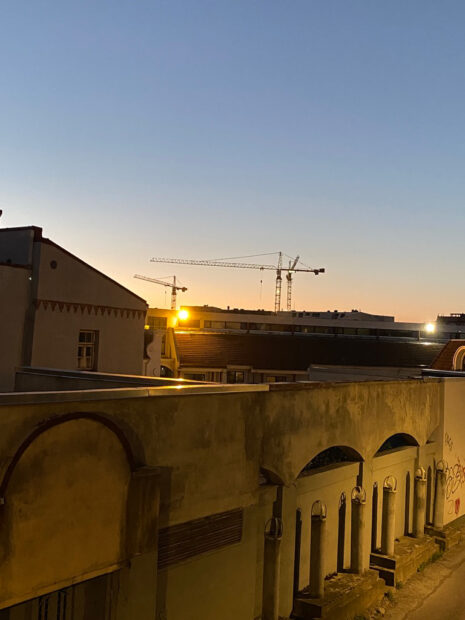 My muscle memory for the city of Tallinn started to jog itself as I made my way through the Old Town, and arrived at my Airbnb just shy of 3 AM. The glare of the night’s sun was still strong in the sky, and the real sunrise was already starting to peek through the clouds, meaning that in mere minutes it would be up full force: broad daylight before 4 AM. Just before I closed my eyes, I felt the vertigo of time and place seep in; I let it lull me to sleep.

Special thanks to Tiiu Vitsut, The Office of Public Affairs at the U.S. Embassy, Tallinn, Ann Mirjam Vaikla, and the NART Narva Artist Residency.