To read Part 1 of this series, please go here.

The train ride to Narva was uneventful. For three hours, I watched as the landscape flashed between tall pine trees and stretches of deep green fields. There was little to see beyond the familial dahca, or country house. It was the most travel I had done in over a year, and after a few days of nursing jet lag in Estonia’s capital city of Tallinn, I started to see the cultural differences COVID had perpetuated. It turns out nowhere was really doing it right, in part because there’s not just one way to do it. For the first time since my arrival in Estonia, I had donned a mask for my trip across the countryside. 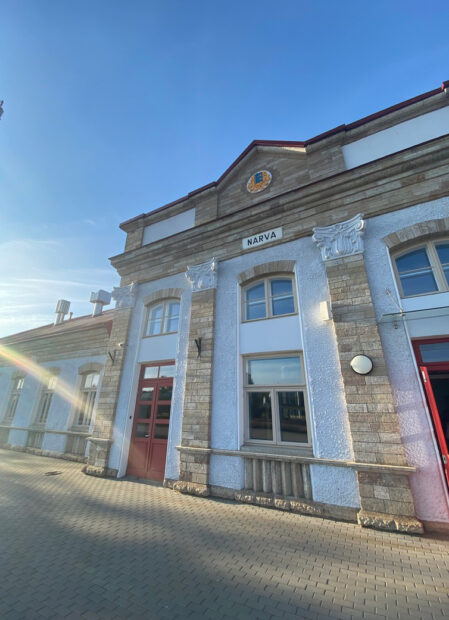 I arrived in Narva early in the evening, though because the sun was ever-present in the sky this time of year, there was little difference between early evening and early morning. Time did something strange in Estonia, and a heat wave unlike anything Europe had seen was gripping the country. It was hot — an inescapable, humid heat that even Texans would complain about — and I felt like I was in my natural habitat as I disembarked the train. 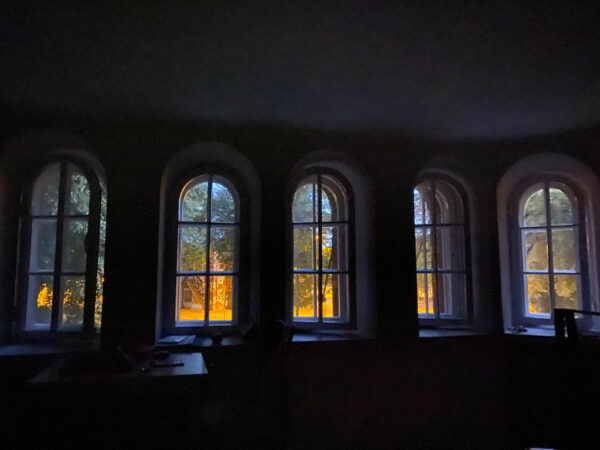 The city of Narva is the third largest city in Estonia, and is described by many as a place that isn’t quite Estonia. Ann Mirjam, the then-director of the NART Residency, met me at the train station and drove me over to the residency’s building, a castle-like mansion built in the late 19th century to house the director of what was the Krenholm Factory, which was the epicenter of commerce and economy in the city of Narva and arguably much of Europe. 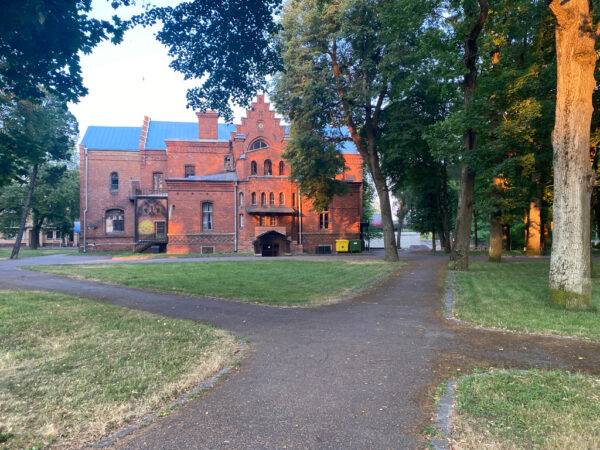 To be clear, Narva is not exactly the epicenter of art in Estonia, and I wasn’t necessarily there to study contemporary art. That said, there is art everywhere in Narva (if you bend your definition of what art is), which is what I appreciate about the city. This was another element I understood about border cities in general: borders are unique places where definitions are never so rigid, and while there might not necessarily be a scene of contemporary art and artists in Narva, there is definitely a thriving culture of creativity. 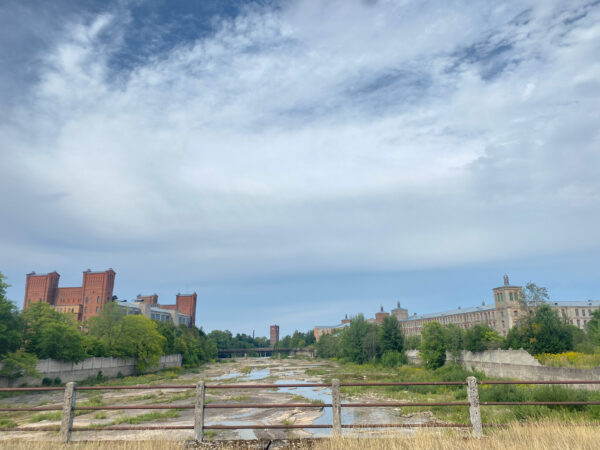 In its heyday, the Kreenholm Factory was the largest and longest-running textile mill in all of Europe. Every resident in the city of Narva was affected by the mill during its 150 year run, until it closed in 2009. Narva was a thriving town because of the mill, which sat on a small island in the Narva River — the river dividing Russia and Estonia. The city was the place inbetween, where families and workers converged from both sides of the border, the original maquiladora, like the ones lining the Mexico side of the Texas/Mexico border (After NAFTA, manufacturing became cheaper abroad, and big companies moved their base of operations to the other side of the border where there was an abundance of cheap materials and labor.) It was a perfect formula for exploitation, and as it turns out there was a precedent for it.

This scale of the Kreenholm Factory was impossible to understand, even when standing right in front of it. The mill property has been semi-abandoned since it closed. The building was purchased by a Swedish real estate company that intended to revitalize the area, until COVID had other plans. 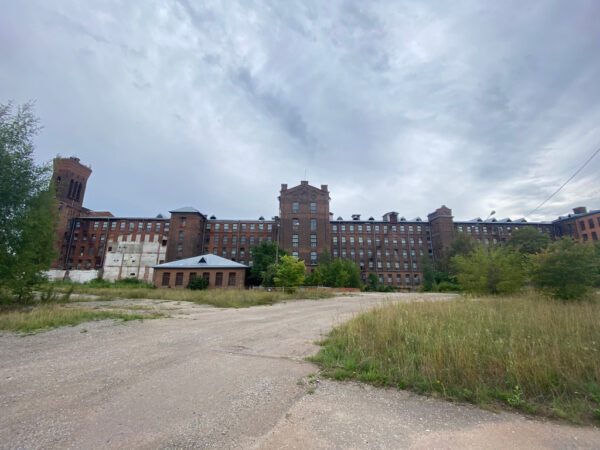 Massive does not begin to describe the mill’s campus. Each building is a monolithic red-brick structure that imposingly towers high into the sky, with the weight and mass typical of Eastern European architecture.There are not just a few buildings spanning the island — there are 32,000 acres of them, each just as large as the one before, and each just as abandoned. The factory is now a relic of the industrial era, a bygone remnant that is once again being consumed by the surrounding nature and the imposition of a border. The property now sits as a division, not a place between. It is a monument to a bygone era, and to Narva’s history as a matriarchal city: the border area thrived because of the work of nearly 10,000 women who made the factory run, and thus, made the city run. 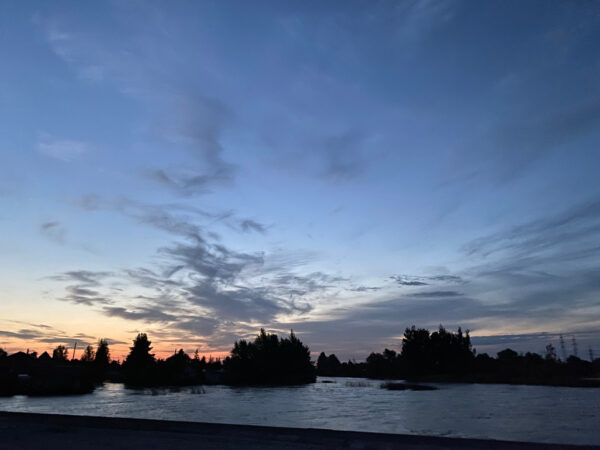 That’s as far as I got on my first day. The lingering jet lag kicked in as the pinks and blues of a slow sunset began to cast rays of reflective light across a still-bright blue sky. I closed my eyes as an expanding list of questions about Narva ran through my mind: questions about the liminal space of a border, about the relationship of a border within the context of a former Soviet state, about the post-Soviet world, and about how proximity and closeness affect all these definitions. As this list churned through my mind, I settled into another restless sleep.

Special thanks to Tiiu Vitsut, The Office of Public Affairs at the U.S. Embassy, Tallinn, Ann Mirjam Vaikla, and the NART Narva Artist Residency.