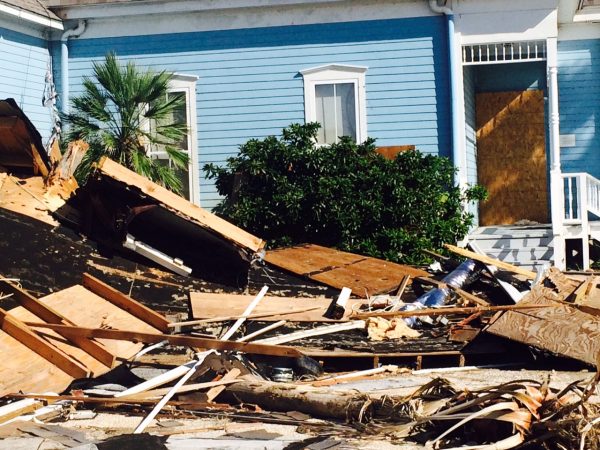 This week, the Rockport Center for the Arts announced that its former building, located at 902 Navigation Circle, on the Aransas Bay, is to be razed. The Victorian building, which has housed the art center since 1983, suffered significant damage from Hurricane Harvey in August of last year. In addition to losing a large portion of its roof in the storm, the building suffered significant interior damage. While advisors and insurance companies told the art center that the space was a total loss back in October of 2017, the organization delayed its demolition so its landlord could see if the building could be rehabilitated for other uses. Ultimately, the landlord concluded that saving the building was not financially feasible.

Although they’ve lost their building, the Rockport Center for the Arts has been operating at full force since the storm. The organization soldiered on with its 11th annual Rockport Film Festival in November of 2017 and promoted Elena Rodriguez to Curator of Exhibitions earlier this year. The art center also found a venue to take its annual Birds in Art exhibition, calling on the Art Museum of South Texas in Corpus Christi.

For the past few years, the Rockport Center for the Arts has been working on a strategic plan that involved moving to a larger facility in downtown Rockport. In 2016, the organization bought property in the area and began talking with consultants and architects about concepts for the new art center. Now that its former building is being razed, grants the organization has received since the hurricane, like its $500,000 in aid from the Rebuild Texas Fund, can go towards building its new facility.

The Devil’s Own Day in Houston: Letter from...

[Sponsored] Diana Kersey: The End of the World

Donate to Help the Victims of Hurricane Harvey