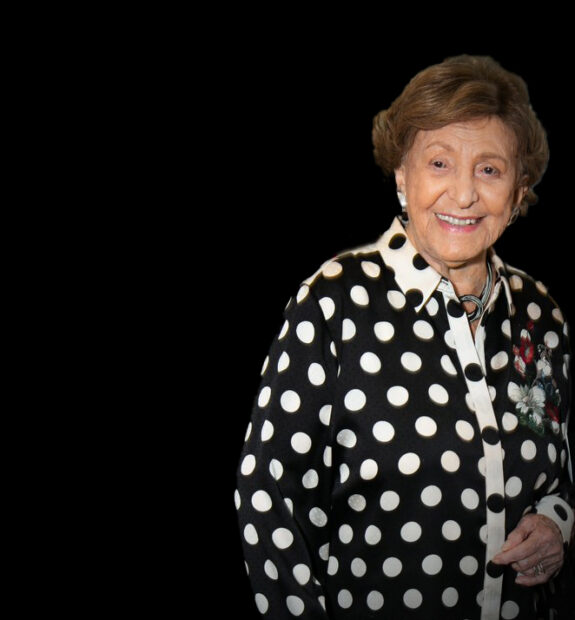 Kind, elegant and infinitely generous of spirit, Dallas-based Edith Baker epitomized the best of what a gallerist should be. Her death on Sunday, at the age of 97, marks the passing of a literal legend.

In 1993, I was a young, newly minted art historian coming off a stint as the McDermott Intern in Education at the Dallas Museum of Art. In a fortuitous happenstance, Edith was looking for a new gallery director. Our paths had already crossed many times and she hired me on the spot. It was an especially gracious move considering that my knowledge of contemporary art at that time, particularly what was happening in Texas, was largely non-existent. But Edith always considered galleries to be the best free art educational facilities, and so my education began. But it was more than learning about each artist and who did what where. Embedded in what Edith taught was how to care. More than an education, it offered an entree into a family of her creation. And in a world that can sometimes seem intimidating, she was welcoming, warm and always magnificently put together.

Among the many wonderful aspects of working at Edith Baker Gallery, one of the best was sitting side-by-side, hearing the stories of her incredible life. About her family roots that stretched to Sepherad. About how an expulsion order issued in 1492 led her family, along with the rest of Spanish Jewry, into exile. It led Edith’s family to the Ottoman Empire, where her ancestors ably served the government. Hearing about her native Bulgaria, before and after World War II and about how she met her husband, Fred Baker, serving as his translator while he worked for the American Joint Distribution Committee in Sofia, revealed a life that few today can image. She talked about their wedding on her aunt’s estate in Israel. And finally, about her life in America, first in Chicago and then in Dallas. Edith always felt that this country gave her so much. What she gave back in return is immeasurable. 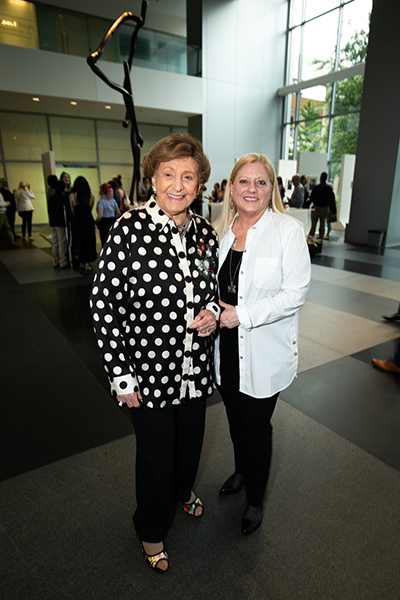 Shortly after arriving, Edith enrolled in classes at the Dallas Museum of Fine Arts (now the DMA) where she studied with luminaries such as Octavio Medellín and Otis Dozier. Eventually, she began to teach painting from her North Dallas home. Her road into the gallery world was serendipitous, beginning with two partners before striking out on her own. Within a few short years, Edith Baker Gallery was born.

As a gallerist, Edith helped shape the Dallas art scene, ultimately receiving a Legend Award in 1992 from the Dallas Visual Art Center, the forerunner to the Dallas Contemporary. But before that, she was a founding member of the Dallas Art Dealers Association (DADA), bringing together a group of galleries to insure professionalism in the field as well as to support Texas artists. As Edith understood the fragility of life and caprice of loss, a large part of her legacy lay in her caring for artists. After seeing too many struggle with unforeseen financial hardships, she recruited a small group to help launch the Emergency Artists Support League, a cause that continues to provide relief for artists across North Texas. 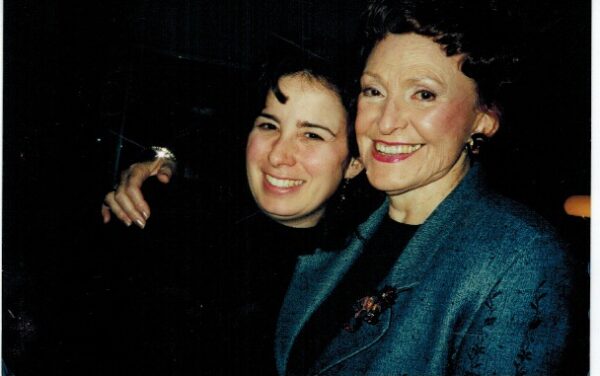 From Edith, I learned how to see contemporary art and how to talk to artists about their work. By example, she taught me how to ask questions and how to offer an honest opinion, always couched in kindness. She spoke of artists as visionaries and firmly believed that they were the beating heart of her gallery.

Edith represented many artists, including Denise Brown, who was with the gallery for most of its 20+ years. While Edith was originally a mentor, through the years, she became a cherished friend. “Edith gave legitimate respect to artists. And in a world where artists are considered peripheral, she demanded that others do the same,” Brown says. More significantly, she adds, “She helped me see myself as not peripheral.”

Even in her retirement, Edith continued to mentor aspiring gallerists and artists. And to celebrate DADA’s 20th anniversary, she established the Edith Baker Scholarship Fund, given to  seniors at Booker T. Washington High School for the Performing and Visual Arts. Her generosity inspired others to do the same. As a result, over $8000 worth of scholarship money is awarded annually to outstanding students in the visual arts. “We will continue to honor Edith through the scholarship fund and will continue to showcase students’ work with a professional exhibition, awards ceremony as well as the offer of internships to recipients,” says Cathy Drennan, Executive Director of DADA.

Edith’s kind demeanor toward everyone with whom she crossed paths, from artists to installers to patrons, has shaped how I interact with world. And not only did my time at the gallery make me a better art historian, it made me a better human being. Her outsized contribution has also made this a better art community.

Edith is survived by her daughter, Rini Andres, her son, Jeff Baker, and the scores of us in the art world who will always consider her family. Rest in peace, sweet friend.

Nancy Cohen Israel spent four wonderful years as the Director of Edith Baker Gallery. She is now a freelance writer and educator at the Meadows Museum, Dallas.

Edith was supportive of so many artists including myself. She championed young artists during an era when most galleries avoided showing them in order to promote and represent more “established” artists. She was always encouraging now matter how bizarre my work became or how unsellable it might be. I now realize this was a huge sacrifice and commitment on her part that I likely did not fully appreciate or acknowledge at the time. It’s a reflection of someone who truly loved art and artists. Thank you Edith!

I recently opened Tiemann Art Gallery in Round Rock, Texas. Reading this account of the great Edith Baker inspires me, as a new gallerist, to follow in her footsteps to support artists!

What a beautiful memorial about this truly lovely and remarkable woman.
Even though she leaves behind an enduring legacy, Edith will be greatly missed by all who knew her.

An EASL grant kept me from homelessness while I underwent chemo to battle breast cancer. Thank you Edith Baker and EASL. And thank you Nancy Cohen Israel for this memorial. It makes me wish I knew her!

Nancy, thank you for this wonderful tribute to Edith. She was an early and enthusiastic supporter of my work, which was typical of her – enthusiastic support of young-career artists – and what a difference that support made to us! It was great to read this beautiful piece honoring her.

I never met Edith but I know of her support for Dallas artists and galleries. I encourage everyone to donate to EASL in her memory.

Nancy, what a beautiful tribute to Edith. She was such a treasure to the arts in Dallas and will be greatly missed.

Nancy Cohen Israel, your thoughtful and endearing memorial to Ms. Edith Baker was written beautifully. Her wisdom and generous spirit will be remembered. That one summer I had worked as an gallery assistant for Ms. Baker and yourself was one of the most exciting periods of my life. She was an incredible art dealer with an incredible life and love for art.