For Veterans Day: Texas-Based Artists-Veterans, In Their Own Words

Today is when we honor all veterans, living or dead, who have served in the U.S. military, in war or peacetime. Among the many who we remember are artists who have donned the uniform of military service over the years. Here at Glasstire, the first name on our list is Robert Rauschenberg [1925 – 2008], the artist whose work Untitled [glass tires] inspired our name. 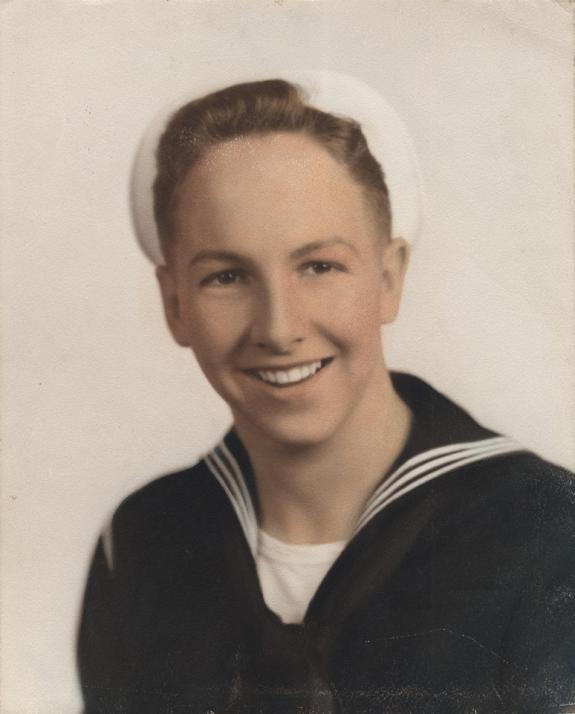 The Port Arthur native served in the U.S. Navy at Camp Pendleton, San Diego, and pursued art after his honorable discharge in 1945. According to the U.S. Veterans’ Artist Alliance (USVAA), Rauschenberg was inspired by his first museum visit to the Huntington Library in San Marino, CA. He later used funding from the G.I. Bill to attend Kansas City Art Institute, the Académie Julian, Paris, the Art Students League, in New York, and finally, Black Mountain College in North Carolina. 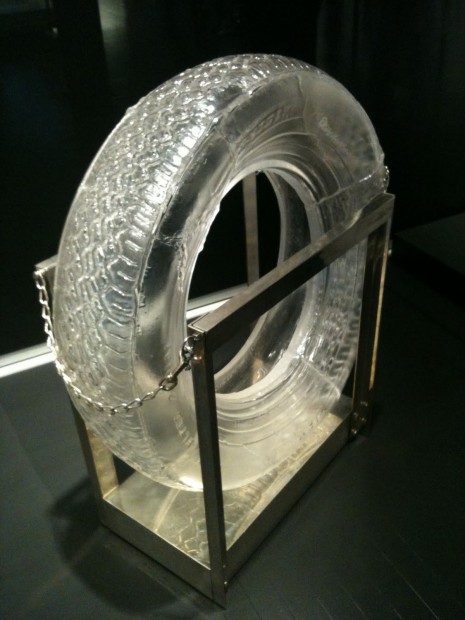 Rauschenberg is one of dozens on a list of notable artist-veterans, including Richard Diebenkorn, Sam Francis, Sol Lewitt, John McCraken, Jasper Johns, Romare Bearden, Robert Indiana, and Robert Irwin, to name a few. These artists have been pioneers in art since 1945, and their military service isn’t always a part of the conversations we have about them, or their work. 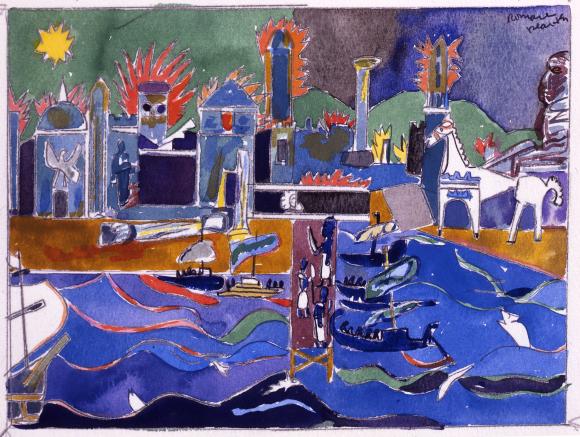 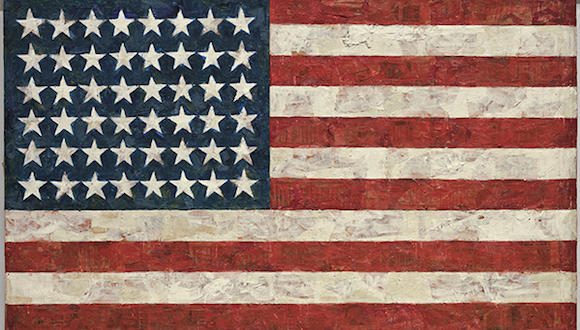 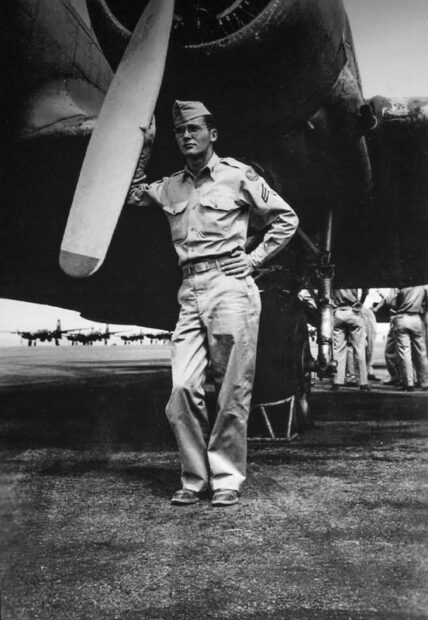 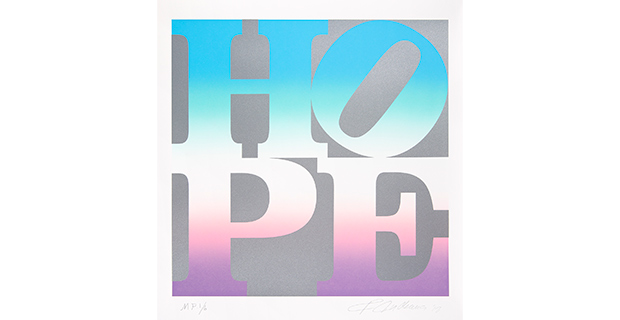 Robert Indiana, A Legacy of Love at the McNay Art Museum in San Antonio, October 15 2020

Glasstire reached out to Texas-based artists who are also veterans, and a few of them were happy to share both their work and some thoughts about their art and service. Artist Jenn Hassin, a Texas native based in Austin, is also an M.F.A. candidate at Columbia University (2020), commuting between Austin and New York. Today’s Google Doodle was created by Hassin and appears on the search engine’s homepage. The colors in the work, made from actual military uniforms, reflect all the colors of U.S. military branches. 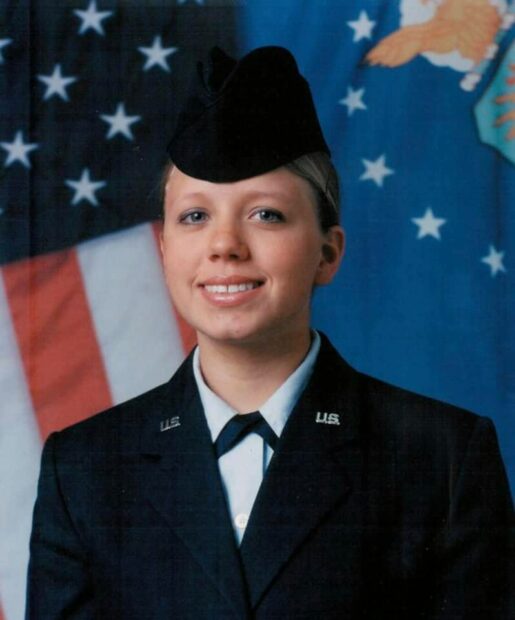 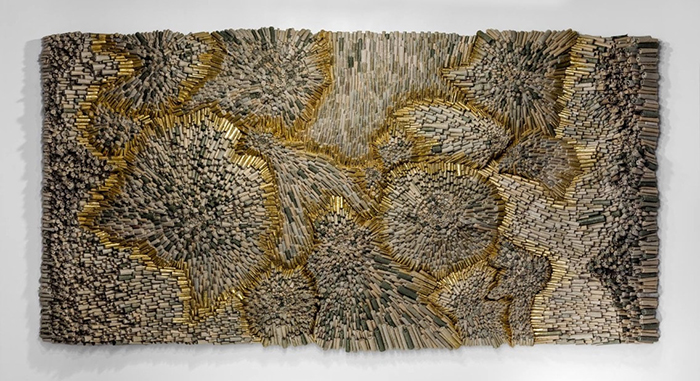 In a phone and email conversation, Hassin states: “Having served this country has informed my work deeply. I always try to come from a place of honesty and integrity, while being empathetic to those around me. You cannot tell by looking at someone if they have an uneasy personal history that has shaped who they have become. Sometimes I find myself at a table full of fellow veterans that are helping me with a project. The stories, [and] conversations are all so meaningful and touch my practice. I’ve [taken a dive] into [art] theory lately and I’m thinking about things like: listening as a material, time as a material, both ephemeral, but both lasting in memory. I believe that making work tied to military and veteran issues will be a thread throughout my career because it is a community that I am respectfully tethered to, and I’ll always be interested in issues tied to service.” 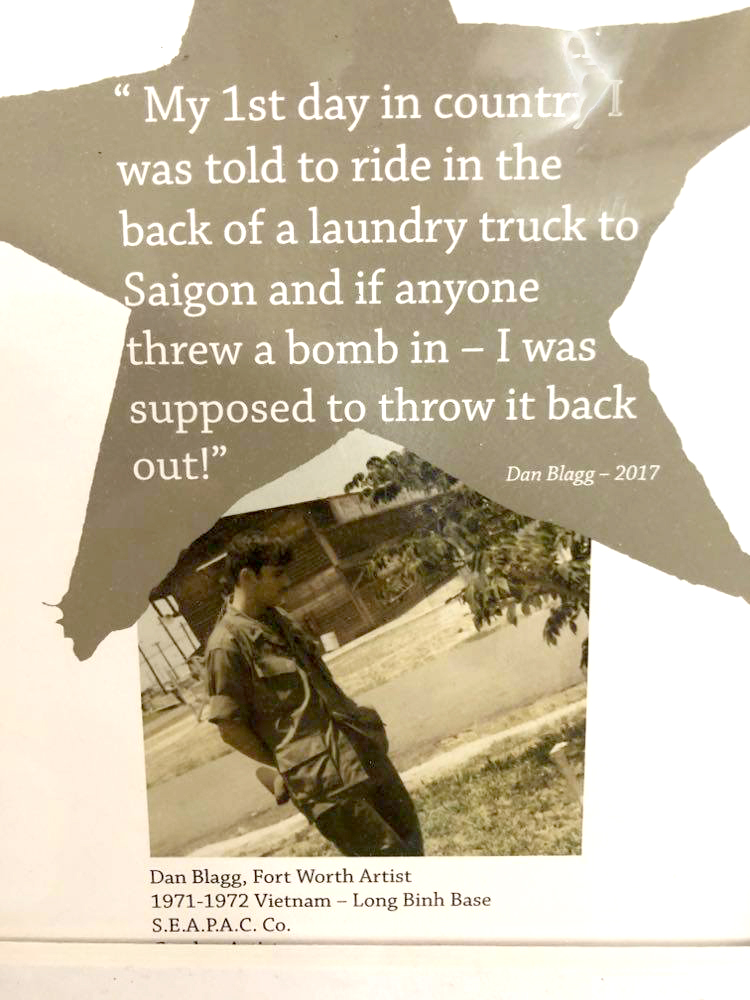 Fort Worth-based artist Daniel Blagg, whose nostalgic paintings of neon signs and desolate cityscapes have been the subject of numerous exhibitions, and who is in the collection of the Modern Art Museum of Fort Worth among other institutions, shared his experience and concerns with Glasstire. 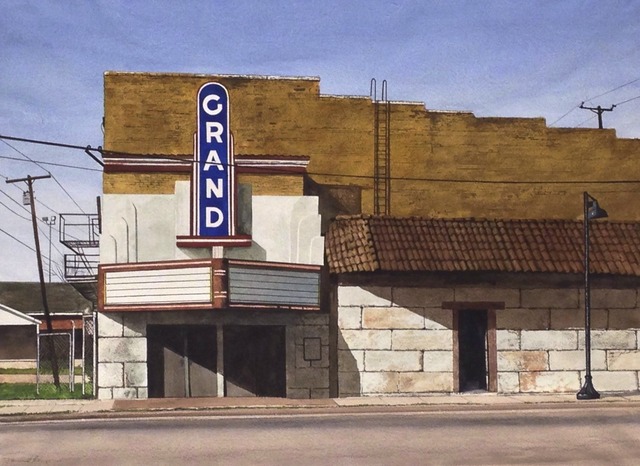 “I was drafted and was assigned as an illustrator 81E20 at Fort Sam Houston for a year training aids for medics,” Blagg writes. “I was sent to Vietnam a year later, assigned as a combat artist. I had no idea that there was such a thing. I capitalized on my ability to draw rather quickly. It was, to quote someone, ‘a million-dollar experience you wouldn’t pay a penny for.’ The experience kept me actively painting and drawing and in touch with doing art.”

Blagg then turned his thoughts to 2020, and shared what concerns him today. “I do love this country but [I] am concerned about some of its shortcomings in areas of racial injustice and basic human rights. The divisions run deep in America and the emergence of darker forces these past few years are a sober reminder that we have some soul searching to do.” He continues, “That 70 million people voted for Trump is staggering and troubling. [T]hat under-the-surface division is greater than one would hope.” 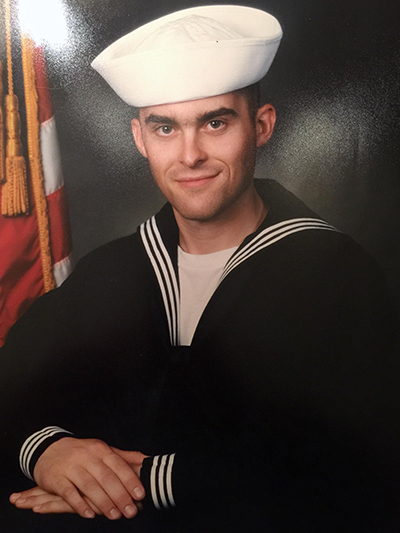 Jason Samuel Reynaga, a former Navigation Quartermaster on the fast attack nuclear-powered USS Annapolis 760, is an artist, father, and art professor. His work is heavily based on pop culture and online gaming. Reynaga is represented by Ro2 Art Gallery in Dallas. 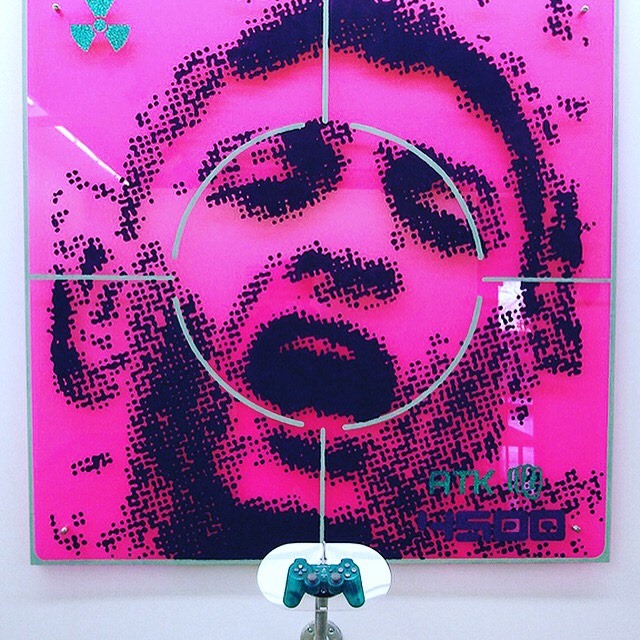 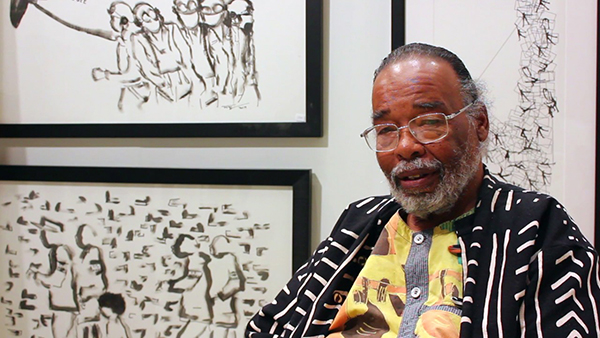 There’s artist and Vietnam War veteran Frank Frazier. From Hearne Fine Art: “Frank Frazier is largely a self-taught artist whose concerns revolve around the movement of black art galleries and Black art in America. He states that, ‘I’m concerned about the future of the black artist; the lasting effect of our work on our own children. It’s important that we, as artists, make some statements to affect change.’” 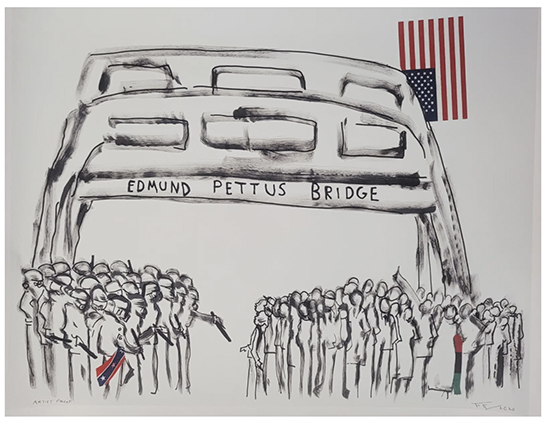 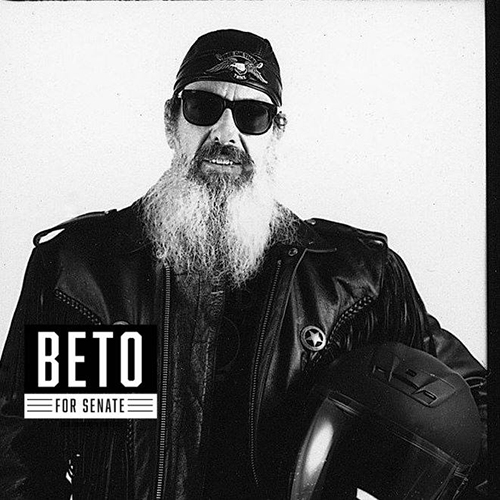 In an interview with Richland Student Media, artist and Vietnam War veteran Roy Cirigliana states, “I was actually an explosive technician, but my hobby was photography and they needed a teacher over there so that’s where I started teaching. So I would take my camera out on missions. That’s where I cut my teeth. I came back. I had all these photographs. Won all these awards and they said, ‘you need to be a photographer.’ So I got out and I’ve been working on this stuff that I’ve shot over there for 50 years.” 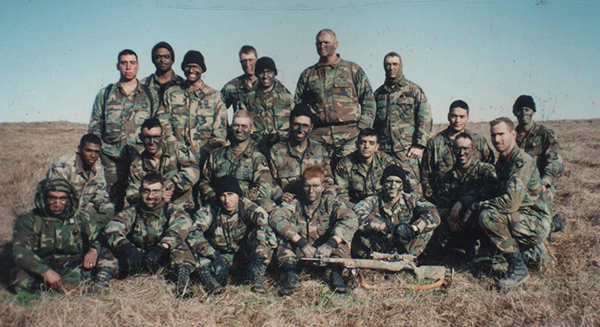 “I grew up in Sheldon, TX, a little dot on the map on the East side of Houston. The Army was a number of things for me. Number #1, it was a gamble that if everything turned out alright, then I could get out of my house and pay for college.

“The Army changed my laid back ways and probably made me a lot more up-tight. It also gave me a lot of experience with the world. I lived in (South) Korea for over a year and got to know a lot of Koreans and Buddhist people. It helped me leave my religious views behind and embrace a new way of thinking. On my time off I got into photography and sketching In Seoul around University of Seoul students who I would always run into at Kungbokkung and other historical sights in the city.” 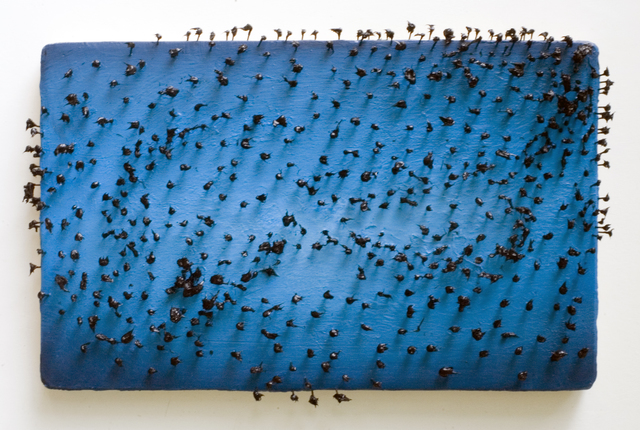 Julon Pinkston, Grackles in Flight on an Alabama Night, 2014. Acrylic paint and nails on canvas mounted on wood panel

Pinkston continues: “Being a veteran is weird, hard to explain to others. I have veteran friends who I care for like brothers and some I completely disagree with on politics, on religion —  like now I am a big liberal and some are literal killers, snipers — but no matter what, I feel a bond with them. I knew I was doing this thing at the time and the only thing that got me through it all was the thought that I swore and oath to this country and God (and I gave my word—not something I was ok with breaking).

“When I first got out for the first four years, 1999-2003 (I served 1995-1999), my work was responding to a lot of the military and personal loss. I didn’t realize it at the time. Its was dark but optimistic. I didn’t lose many friends during my time of service — some later, but my time of service was peaceful. After that was out of my system, I started working more abstractly. My work is very introverted, more along the themes of many abstract artists.” 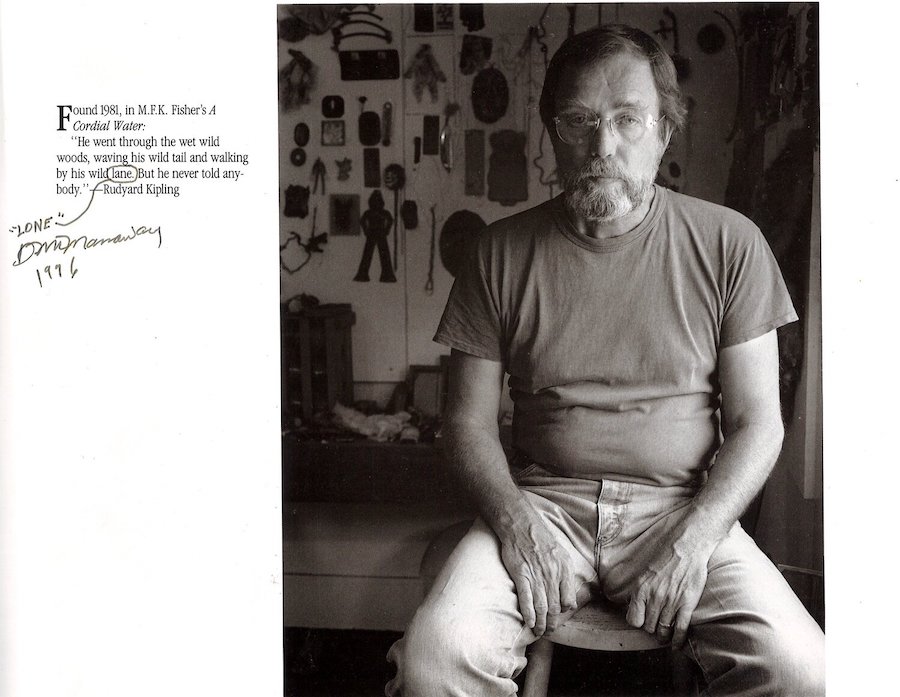 Artist David McManaway joined the Navy at 17, just before the end of WW II. His work is currently on view at the Grace Museum in Abilene through January 9, 2020. 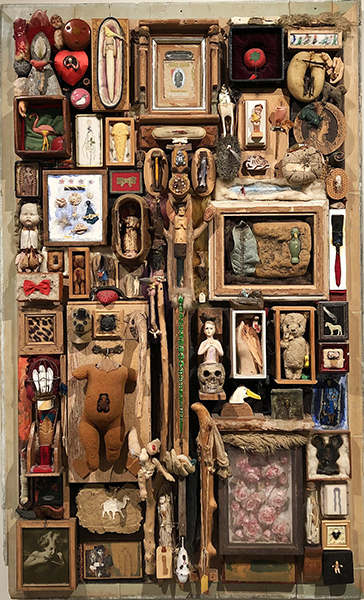 Other artists who have given us art as well as service to country include Burt Finger, Gallery Director and co-owner of Photographs Do Not Bend Gallery in Dallas (as well as a photographer in his own right); sculptor Eliseo Garcia of Dallas; self-taught artist and Vietnam War veteran Frank Frazier; Persian Gulf War veteran Ehren Tool; Fort Worth artist, muralist and Army reservist Juan Velazquez; Hector Rene Membreno-Canales, an Iraq War veteran; sculptor Eddie Dixon, who served with the 101st Airborne in Vietnam from 1968 to1970, and created the Doris Miller memorial sculpture; Argyle, Texas resident Don R. Schol, Commander of Combat Artist Team V, US Army 1967-1968 — and countless others who are not listed here, and who we hope you will mention in the comments below.

To all our artist-veterans, we say thank you!

As a veteran myself, I truly enjoyed reading about all the artist-veterans. I have an artist’s proof of a work by Don Schol from his book War Cuts and it is quite moving. In fact, I bought it from my friend Burt Finger. Thank you for such a timely and informative article.