A Visit to Three New Murals in Fort Worth 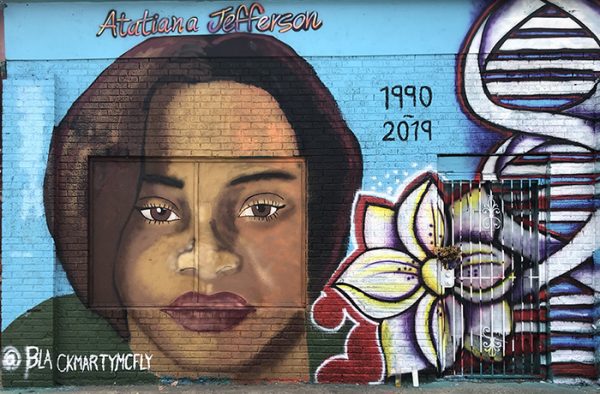 Editor’s Note: The location of the second mural by Juan Velazquez has been updated to show the correct location.

It’s been nearly five months since my last road trip. I’ve only ventured out for groceries and neighborhood walks. My first long drive outside of Houston was last weekend, when I visited Fort Worth and stopped by three new murals that have gone up there over the past two months.

My first stop was a twofer. On on side of a boarded up building at the corner of Evans and Allen Avenues was a mural dedicated to Atatiana Jefferson.  The 28-year-old Jefferson was shot and killed inside her home last October by a Fort Worth police officer who was later indicted for murder. 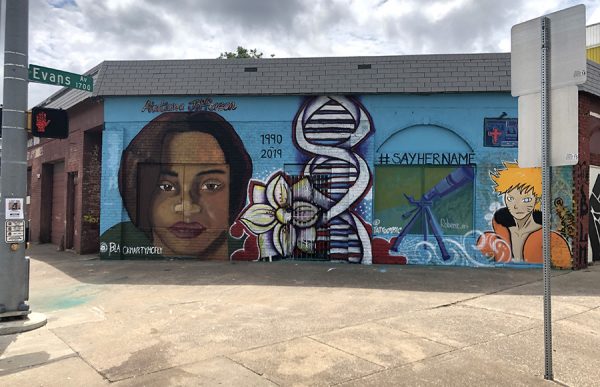 Jefferson’s memorial mural was commissioned by Patrice Jones, via a GoFundMe campaign, which raised money to commission artist Julian Johnson, a.k.a. BlackMartyMcFly, to buy materials and erect the mural in Jefferson’s honor. 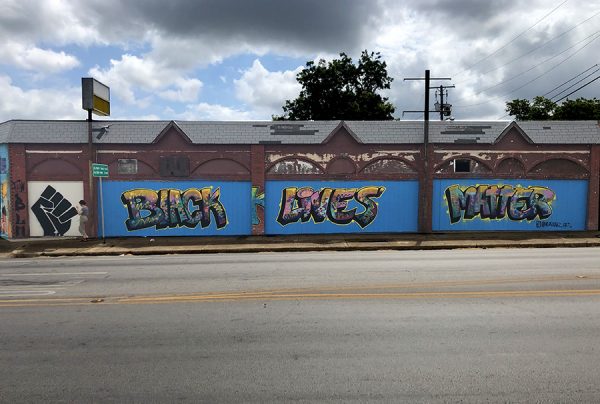 Black Lives Matter mural by Juan Valesquez at Evans and Allen Avenues in Fort Worth.

On the Evans Avenue-facing side of the same building is a Black Lives Matter mural painted by artist Juan Velazquez. Although there are signs and posters elsewhere in Fort Worth featuring these words, and a block-long road painting on Main Street by artists Letitia and Sedrick Huckaby, this may be the first prominently displayed mural of its kind in Fort Worth. 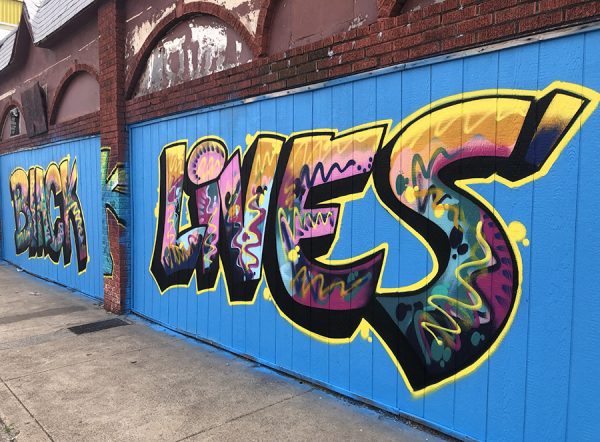 Detail of Black Lives Matter mural by Juan Valesquez at Evans and Allen avenues in Fort Worth.

Velazquez also painted two murals of Army Spc. Vanessa Guillen, who was murdered and dismembered last April. The calls for an investigation into the murder were finally answered when, according to NPR, “The U.S. Army on Thursday named its five-person civilian panel that will conduct a review of the culture at Fort Hood in Killeen, Texas, following the death and dismemberment of a 20-year-old soldier who had been stationed at the base.” 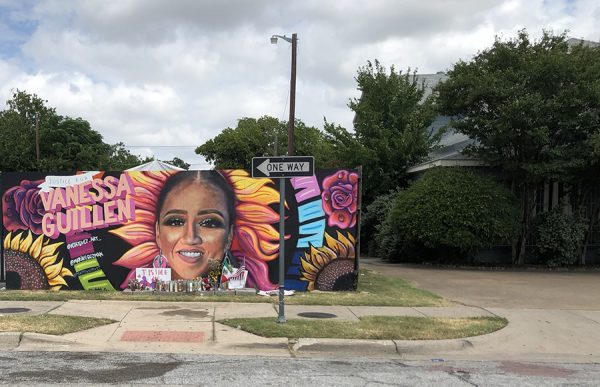 Mural of Army Spc. Vanessa Guillen by Juan Velazquez, on Belknap Street at the edge of downtown Fort Worth.

I didn’t visit the Velazquez mural of Guillen on Fort Worth’s South Side at Noah’s Art & Supplies, but instead had a chance to drive by the one he did  in her honor on East Belknap Street, at the edge of downtown Fort Worth. There is a small memorial shrine at the base of the mural with candles, flowers, and both the U.S. and Mexico flags, and a handmade sign that reads “Justice 4 Vanessa.” 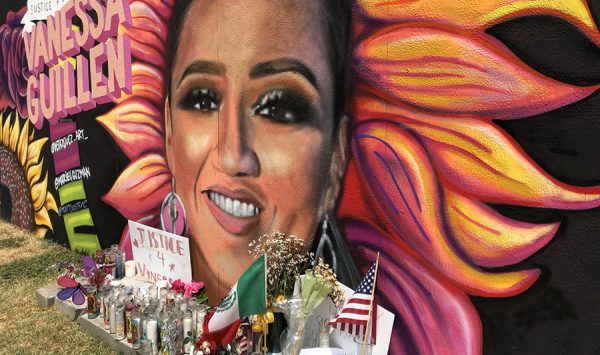 Detail of mural of Army Spc. Vanessa Guillen by Juan Valesquez on Belknap Street at the edge of downtown Fort Worth.

The number of murals in Fort Worth has increased sharply over the past two years. Beyond the iconic Sundance Square’s Chilsom Trail mural by Richard Haas and the one behind the front desk at the Worthington Hotel by Nancy Lamb and Daniel Blagg, are the new ones by Arnoldo Hurtado at both Franko’s Market on the Northside, and Trinity Park, among others. With a few other artists creating murals in the city, and louder calls for justice and equality across the country, I suspect that the list of murals in Fort Worth will continue to grow.

5043 Wilbarger St, Fort Worth, TX 76119 has a mural of George Floyd done by a husband and wife. Michael Seitz and Jamie Anderson of Superfluous Art.