Memorializing Matthew Gaines and Black Artists at Texas A&M: A Reflection On Art In 2020 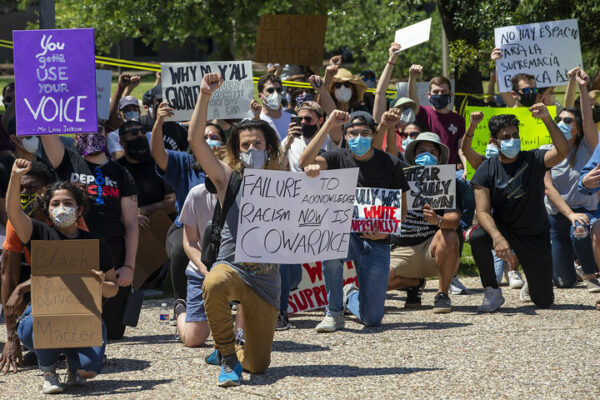 Repeated ad nauseum by reporters, journalists, and celebrities, the last year has been full of unprecedented events, compiling and building onto each other to create a vicious news cycle and an overall negative environment. But while negativity loomed over the popular consciousness, many artists and activists used this time to create movements that hope to bring positivity and change in the future.

In the summer of 2020, the murder of George Floyd ignited protests globally, filled our social media feeds, and ignited conversations where there would usually be repressive silence. Much of the United States underwent a “Racial Reckoning,” as coined by NPR, and it has been so ever-present that the lack of acknowledgment from some large institutions has been glaring. When the waves of this movement hit the Texas A&M community, many artists and activists at the school took it upon themselves to create and protest, and in part as a reaction to a university administration that has been slow to act in response to calls for change. From vocal student discontent online to outright protests, many found the University lacking adequate representation for Black and POC students. This, partnered with Texas A&M’s notoriously conservative past, has led many to directly confront the administration and create spaces themselves. 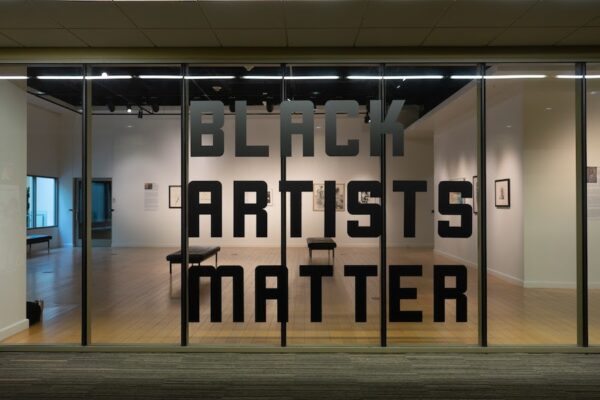 My position as the student director of the James Reynolds Galley on A&M’s campus allowed me to create a space that celebrates Black artists from our local history, and we were able to quickly pull from our collections, as well as showcase art by local Black artists. This exhibit, titled ​Black Artists Matter​, was crafted to directly reflect the global movement of celebrating Black lives, and Black artistic achievements, and highlights pieces generously donated to the University over the years. 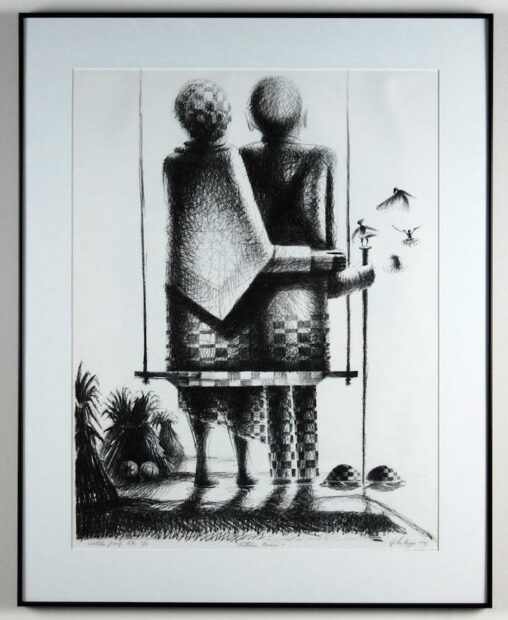 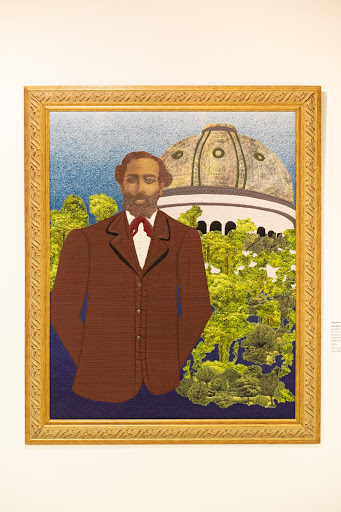 One such piece was the stunning Gaines on the Main quilted portrait, meticulously and beautifully crafted by Dr. Kenneth Taylor, a professor within the Center for Nonprofits & Philanthropy at Texas A&M. His artwork is inspired directly from his mother, a quilter herself, and he uses this medium to honor and highlight the experience of African Americans, in their accomplishments or in documenting histories of oppression. This piece in particular envisions a world where the historical figure Matthew Gaines is celebrated and decorated on campus main, the most central location on campus where he can be admired in the way he deserves.

Senator Matthew Gaines is an important figure in Texas A&M history — he was pivotal in the creation of the University, and only now is his story and importance recognized by the greater Aggie community. As the first African-American state senator in Washington County, his position was vital in representation for Black Texans, as well as his importance in Texas history overall. During the incredibly volatile moment in the South during the Reconstruction era, Senator Gaines was instrumental in the advocacy for African-American education, voting rights, and the ability to hold public office. His support of Texas Senate Bill 276 directly established Texas A&M University and Prairie View — and upon learning this, students have joined together to take up the mantle. They have led the charge in memorializing this honorable man.

The Matthew Gaines Initiative has been a student group at Texas A&M for more than two decades, created under the goal of honoring the memory of Gaines, specifically in the form of a statue. As of the summer of 2020, it seems as though the administration has finally recognized their efforts, and is committed to recognizing him in a prominent way. Already, the University has renamed one of its bus routes after him (a large honor at Texas A&M, as each bus line is named after a recognized University tradition), and it has started the search for an artist to memorialize Gaines in a statue. The Matthew Gaines Initiative does much to educate the greater Texas A&M community on how Senator Gaines is more than a famous figure in Black history, but in Texas history overall. This framework is important, and I am proud to do my part in educating the members of the Texas A&M community who may not otherwise know about him. 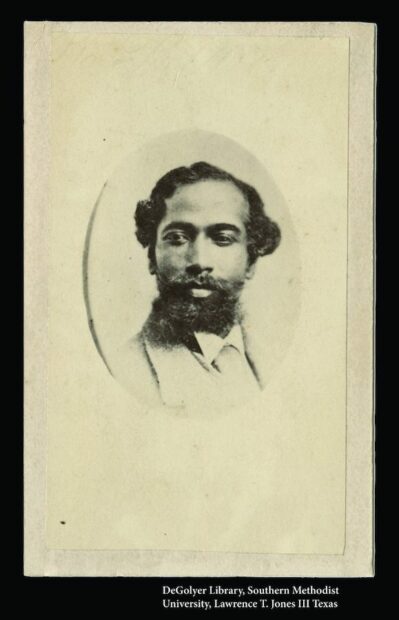 I was fortunate to spend a lot of time with the Matthew Gaines Initiative in 2020, in both the crafting of the exhibition, as well as an exhibition focused on the life of Matthew Gaines, Everybody Gaines, on view in January and February of 2020. Creating the show was a challenge, as there’s not been a comprehensive overview and display of Gaines’ life thus far. Much of this research was made possible by the assistance of A&M’s Cushing Memorial Library and libraries of other universities around Texas. As a team, we were able to create a timeline of Gaines’ life, and piece together his history.

This research helped guide and define my 2020. Proper representation of talent is vital, and it’s important to create spaces that not only include works by Black artists, but to showcase and highlight them. The events of this past year inspired me to do my part in helping break up the culture of unwillingness to celebrate marginalized voices, and I’m committed to unearthing history that has been forgotten or intentionally ignored by those in positions of power. I am looking forward to a future where the stories that were lost will be exhumed and honored by all. 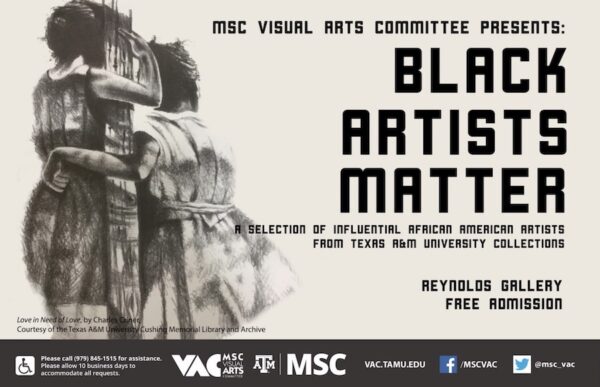 This is what art can ​be: a method for educating, and a medium to provide equality and social justice. But it’s vital to recognize that art is but an indicator of cultural consciousness, and not the only objective. Top-down policy change is required to create a world that is just, and art is one sphere that reminds us of histories, and how far we still have to go. That’s the philosophy I take with me into my last days as an undergraduate, and I sincerely hope that we all can take the time to educate ourselves through art, and go out into the world with a passion for making meaningful and sustained change.

To view the ​”Black Artists Matter” ​exhibition online, and learn the history of many talented Black Texans, visit the Reynolds Gallery website here.

Context is everything: on bumping into art in...

Letter From the News Editor: One Year On