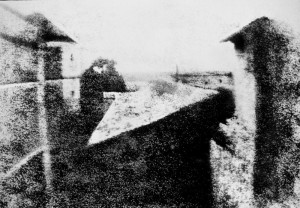 View from the Window at Le Gras

Dallas’ Photographs: Do Not Bend Gallery (PDNB) will exhibit what it believes to be the most important photograph made since the famous View from the Window at Le Gras (c.1826), by Joseph Nicéphore Niépce, which is now in the permanent collection of the Harry Ransom Center at the University of Texas, Austin.

PDNB Gallery Director Burt Finger found the photograph several years ago. Since he discovered the print, the gallery has been investigating at length, traveling all over the world to museums and private collections to pinpoint the relevant historic value in the history of photography. Through painstaking research, the gallery has decided that there is no other photograph that exists of its kind. It will be a big surprise on Saturday evening when the exhibition, entitled The Most Important Photograph Ever Made, opens since PDNB says that the work is too delicate to be photographed, so there are no press images available. 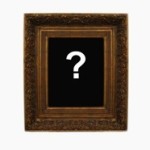 PDNB’s press release opens with a description of the importance of View from the Window at Le Gras—the earliest surviving photograph produced by the father of photography, but it never actually states that it will be on display in the gallery. Dallas Art News, on the other hand, reports on the PDNB show with this statement: “This is a rare opportunity to see the print outside the permanent collection of the University of Texas, Austin.”

Of course, we could just call the gallery and ask, but it adds another exciting element of surprise to the show. Is PDNB so casual with its press releases that it has downplayed the major coup of getting this historically groundbreaking photograph (which almost never travels), or did the Dallas Art News totally misinterpret the release?

One or both photographs will be on display at PDNB’s opening on August 9, 5-8pm. The exhibition will be up through August 30, although the gallery will be closed August 10-18.