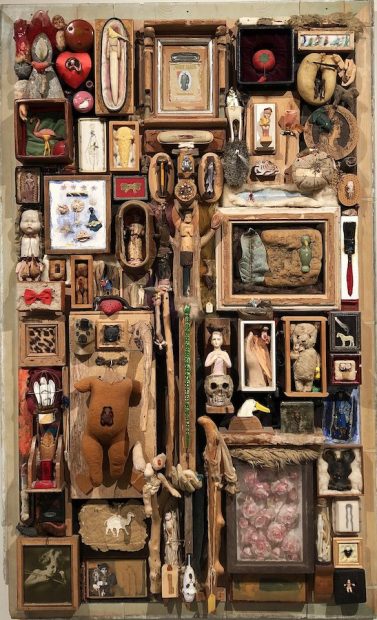 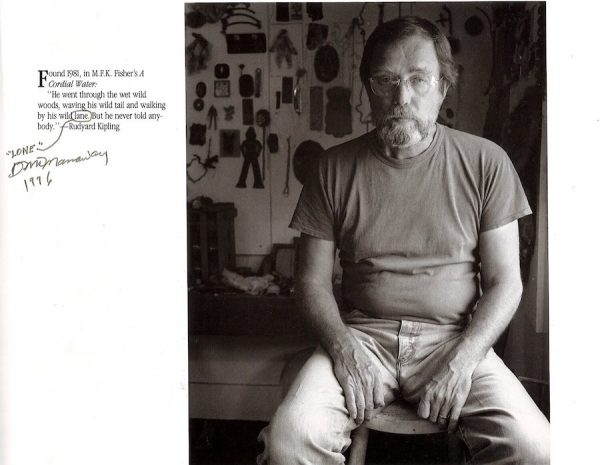 “The art of David McManaway (1927-2010) has an underground, cult following. This exhibition presents a long overdue review of important work from his prodigious 50-year career to reexamine his role as a major artist and influencer in Texas and beyond. Originally a painter, McManaway moved to Dallas in 1959 and abandoned painting in favor of assemblage art. Today, McManaway is best known for wall reliefs he called Jomo Boards: compositions of juxtaposed found objects such as plastic toys, stuffed animals, trash and other commonplace objects arranged in a seemingly stream-of-conscious fashion. Look closely and you will see that McManaway altered and manipulated the selected found objects in order to generate another level of meaning through placement and telling juxtapositions resulting in clever double entendres ripe with humorous commentary on contemporary life in the late 20th century. The mass-produced, proudly useless, late-20th-century cultural discards stand as markers of memory transformed into an artist’s private response to the absurdities and comforts of the familiar.”

Five-Minute Tours: “A Place to Sit and Sleep:...

What a wonderful set of interrelated exhibitions documenting the found-object art of David McManaway and friends! Just to name some: Jim Love, Roy Fridge, Charles Williams, Norma McManaway, Robin Ragin, Clint Hamilton, Harold Hill, Tracy Hicks, Helen Altman, Vernon Fisher, and Martin Delabano. David H. Gibson’s photographs of the McManaway studio and his video interview with the artist top off Judy Tedford Deaton’s curatorial feat. Well worth the 250-mile drive (one way) last week! Fortunately, the exhibitions have been extended into January 2021. If you have any interest in art using found materials, you can’t do better than this!

Craig,
Thank you! It was great talking found object art with you at The Grace last week. After seeing McManaway’s studio four years ago before it was dismantled, I knew the art and artists involved merited 21st century exposure. Curating The Phantasmagoric World of Ordinary Things exhibitions has been a real “trip.”
Judy Tedford Deaton