For Rainey Knudson’s last week at Glasstire, she recounts her five fondest art-related memories leading up to and during her Glasstire years. 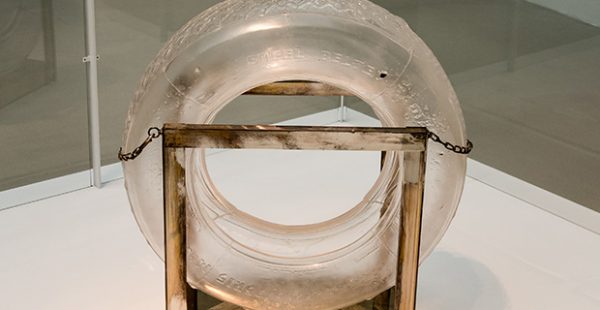 This multi-venue exhibition, co-hosted by the Menil Collection, the Museum of Fine Arts, Houston, and the Contemporary Arts Museum Houston, featured works by Texas artist Robert Rauschenberg. In the lobby of the Menil Collection were the artist’s glass tire sculptures — tires that had been cast in glass. These works became the namesake of Glasstire when Rainey founded the publication in 2001. 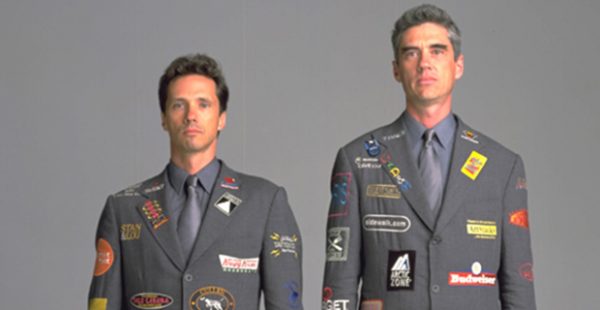 In addition to marking the revitalization of Downtown Houston and the reopening of the Rice Hotel, The Art Guys‘ Suits project is just one example of artists working outside of the art world. 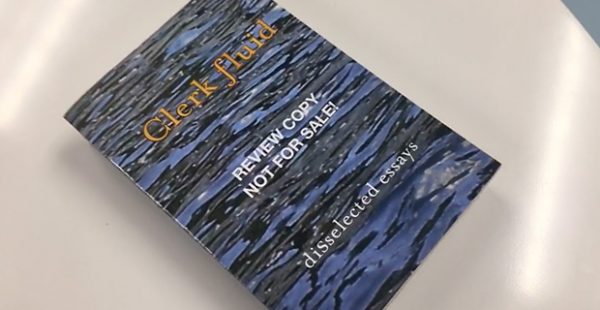 3. Clark Flood’s Objects in the Mirror essays
Published on Glasstire in 2006-2007

Written by Mark Flood (AKA Clark Flood, the “twin brother of Mark Flood”), these early articles were brilliant and covered topics include art fairs, selling out, bad art, and more. These pieces are also examples of how some of Glasstire’s best writing is done by artists. Read all of the articles here. 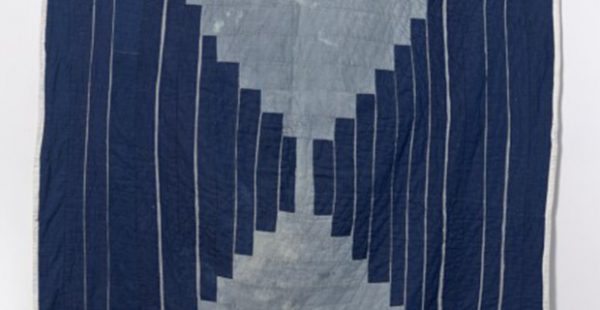 This exhibition marked the beginning of the rise in popularity of the quilts produced in Gee’s Bend, Alabama. The show traveled across the US to more than 10 venues, including the High Museum of Art in Atlanta, the Cleveland Museum of Art, and the Whitney Museum of American Art in New York. Read Glasstire’s review of the show, written by Christopher French, here. 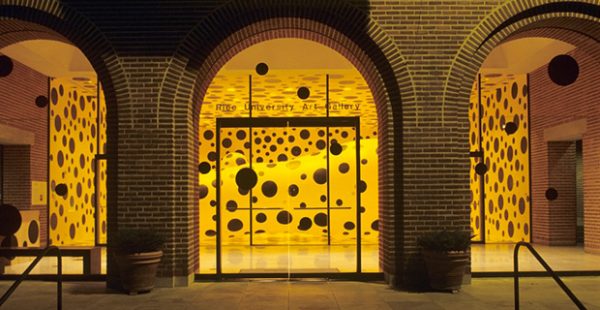 This space is an example of a simple idea done well over time. The space, set up like a diorama, featured installation-based work by artists living and working outside of Texas. Read Glasstire’s reviews of Rice Gallery’s exhibitions here.

Thank you Rainey and thank you Glasstire for the last 18 years of news coverage in Texas. I have marked my slow but steady progress as a painter against my son’s birthday 18 years ago…he graduates high school tomorrow evening. I started reading Glasstire from the beginning and it has been such an important part of my journey and thinking as an artist. It was also an important part of building the courage to start showing my work when there were very few sources of information available about the state of regional art in Texas. My studio practice in Fort Worth is far better off for it and continues to grow beyond my original (very) modest vision.

Great Top 5 and send-off, Rainey. Thank you for your contributions. We appreciate the work you have done. xoxo

What a wonderful episode! It is so nice to see your favorite Glasstire stories. For those of us who have not always lived in Houston, they provide a little art history lesson. Your influence on art lovers in Texas, through exposure to art, artists, and exhibitions, is unsurpassed. You leave an enduring legacy in your wake. Wishing you the very best in your next endeavor, Rainey! PS I highly recommend Clerk Fluid by Mark Flood/Clark Flood. I read it when I was going through a very difficult time in my personal life. It brought me such pleasure I even read the Index in its entirety!

Rainey’s reliable, clever and charming presence on Glasstire’s Top 5 will be missed by yours truly. Glad she’s staying in Houston. See you soon!

Fabulous close to a fabulous time. Thank you Rainey!

I’m not crying, you’re crying! Truly, thank you for all the things, Rainey.

Thank you! Rainey & Glasstire have made Texas the cohesive and supporting art scene it is with your promotion of artists, galleries and institutions within our diverse art strong state.