(Note: This is the third installment in a series of stories published in conjunction with the traveling project ‘Altered States’ which opened November 3rd, 2016 at FL!GHT Gallery in San Antonio. For Part One, go here. For Part Two, go here.)

It’s an interesting undertaking, to set out on what you are doing without knowing what it is. On the face of it, I’ve been following a line that goes through towns selected by virtue of their names—not because they are odd or funny, but because they are evocative—emotional states, hoped for ideals, downers and reckonings: Nowhere, Happy, Bonanza, Lost Springs, Recluse, Keystone, Opportunity, Diamondville, Eden, Eureka, Bummerville, Nothing, Truth or Consequences, Eldorado.

It’s taken 8 dozen drawings and 3000 words to begin to get at it. At this rate, a picture is worth about 29 words. Times change. 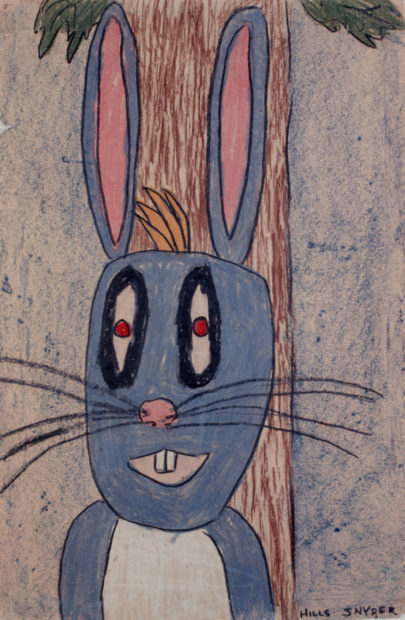 Back in the ’50s, when everything was Great, pictures were worth a thousand words.

I knew from the outset that it was a meditation on subjectivity—and how to gain distance on it (if that is practically possible), and autonomy, independence… and something else: what place do these have and what function do they serve in the whole? How do you meet what confronts your senses without projecting so much as pulling that something through the lines and textures until some state of the union starts to show through? Is it coalescence or coexistence? Is there a template of correspondence between the contours of reality, the lines on the page, and the truth of who we as a nation are?

I’ve visited corners of this country hoping to randomly run across found beauties, overlooked events, discarded things, back roads—anything happening outside the frame of relevance and other assumptions of importance. Along the way I met some characters, people you’d love to meet, but never will. People I’ll probably never see again.

These seams I’ve been driving—on sunlit asphalt, cloud-covered red dirt, forgetful caliche, moonlit mind-lines…  driving in ravines carved by infrastructures, passages gathering a panoply of tumble-down objects, relics of human activity, present and ongoing—antlers, lanterns, animal bones, broken machines, plastic play-scapes, bird houses, wagon wheels—these things scattered across generations on a watershed formed by roads and grids of human habitation. The variety is immeasurable but many of the same items keep coming up. Even so, this is nothing akin to the homogeneity of suburbia, where every strip mall has the same antlers, lanterns, animal bones, broken machines, plastic play-scapes, bird houses, and wagon wheels.

The roads are even lined with souvenir versions of the same stuff. One can drive on with a newfound optimism courtesy of an Exxon dream catcher hanging from the rear view.

And you’ll find those wagon wheels. They have rolled everywhere in the west. Pull in anywhere and there one will be. And across the street, in somebody’s yard, that late 20th-century icon, the Big Wheel, still ubiquitous, its status in popular awareness assured via The Shining, if not by your kid. 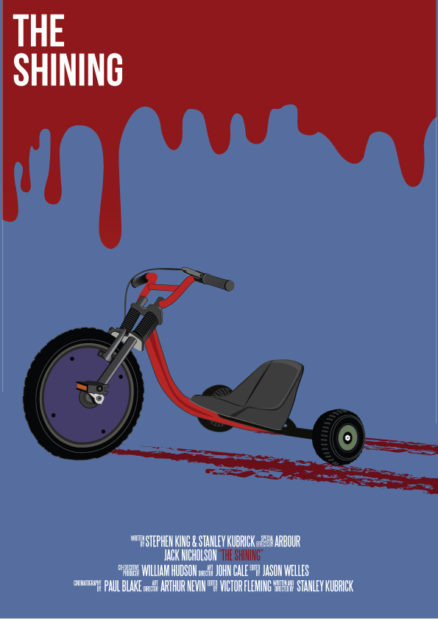 This project, begun last May, is now happening in a different country than when I started, now nearly a year ago. The roads I’ve driven and still drive have not been relocated, but America, at least the North America that is the United States, has become more alien. The numb culture of homogeneity has always been here, but now the same ole same ole is laced with ineptitude, threat and dread. And even though I could feel it coming as I drove through Arizona tuned in all day to Mohammed Ali’s memorial last June, just a day before Pulse, it’s still a stunner to daily re-realize that the president of the United States is less inspiring than a plastic bag snagged on a wire fence.

And that the bag, the barb and the fence post are all more honest.

From Nowhere, I fall like a line of blue, south and west, south and west, down a map-drawn waterfall, through small towns with names like Gotebo, Altus and Olustee, then dropping into north Texas, on the way to Happy, driving through country more familiar… Seymour, Benjamin, Guthrie, Dickens. In Seymour I pause in back of The Rock Inn, where I was made to abandon an invisible friend when I was six. After 60 years, I didn’t expect to see him, but I did see the shiny heel of a Secret Service agent disappear around the corner of the cafe. 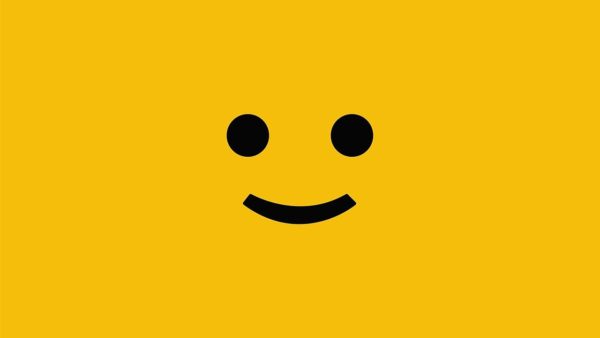 If this were a physical magazine you could scratch this space and get a whiff of sulphur.

Making it out of Seymour undetected and finally arriving in Happy, I can say that my favorite thing in town is a certain abandoned grain elevator. These structures are key elements in my life. From them I received early experiences of scale and verticality, as spiritually imposing as any monumental sculpture, so exploring the excellent one in Happy was the highlight of the drive through the Texas panhandle. It towers over the plains like a Le Corbusier sentinel, a busted machine for sure, guarding what, I don’t know. Moored by its own decline and perfectly still, but for a flap of metal in the breeze, it’s caught in static grandeur, an agrarian Titanic run aground. I can’t adequately explain the fascination, but I tried to get some insight by gazing into the cyclopean chute through which grain was passed in years gone by. 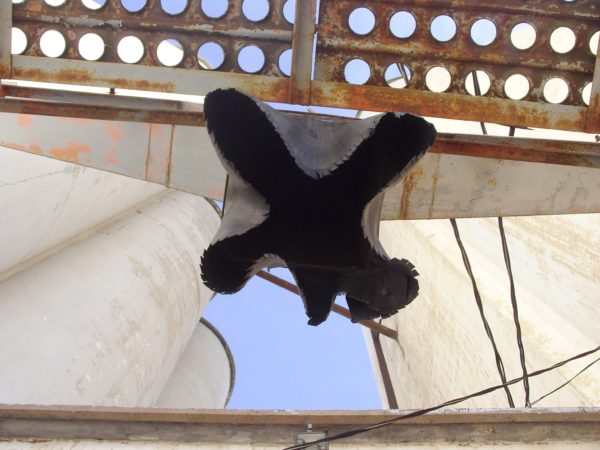 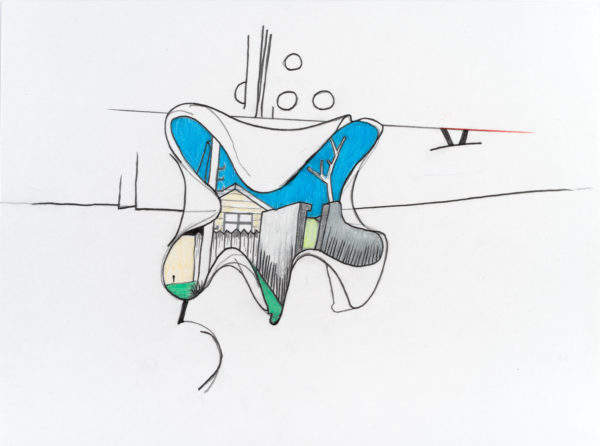 One thing I can say about where these new drawings are taking me—they are getting darker. The first 50 drawings, all from May 2016, have a lightness to them, at least most of them do, but there are hints here and there of something else, as if something Lynch-ian this way comes. 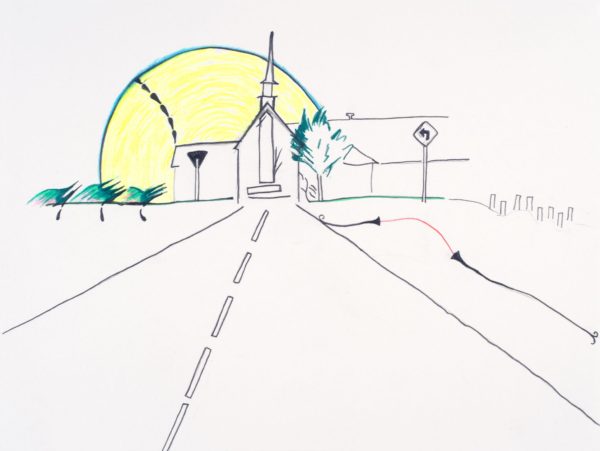 Whatever it is, it comes from an attempt—at first unconscious—to draw down a groove driven by the mood of the country, as if my pencil were a needle going round and round a record made of the road I’ve driven, not into the heart, but into some back country sub-zone of the national consciousness.

Hills Snyder’s ‘Altered States,’ a travelogue and traveling exhibition of drawings from the road, continues: Part Four of the travelogue will appear on Glasstire, August 2, 2017. Part Two of the traveling show will open July 7, 2017, at the Louise Hopkins Underwood Center for The Arts in Lubbock, Texas.