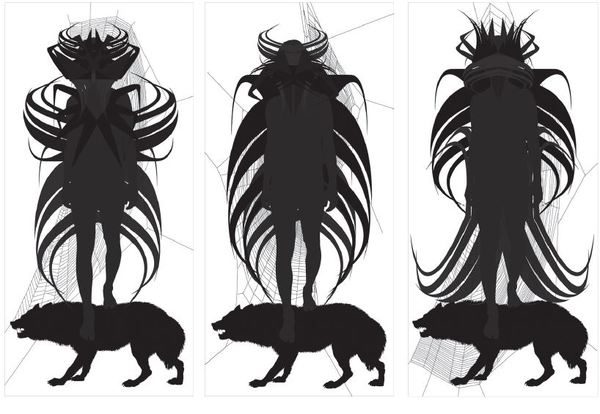 The genesis of Interval, curated by Hills Snyder, came from an email exchange between Snyder and LA artist Poppy Coles. Coles describes a show of hers: “The idea was about the performance of the artwork and the action of waiting for something to happen.” The works of the six artists in Interval, at Ruiz-Healy in San Antonio, articulate and visualize the charged space of such pre-action. This is a vibrant and ancient concept: the Bhagavad-Gita takes place before an epic battle, a treatise on “right action.” Think of all the movies that drop the sound off and go slow-mo (most memorably in Heat and Boogie Nights); all the best music that leans back before the break. The works in Interval present the world of this feeling with an eccentric, psychedelic boldness. One could easily imagine a show titled Interval featuring only minimal, abstract works and an exhibition statement that begins: “Intervals are completely blank.” But Snyder’s show posits intervals as a multi-dimensional cosmic expanse of limitless aesthetics. 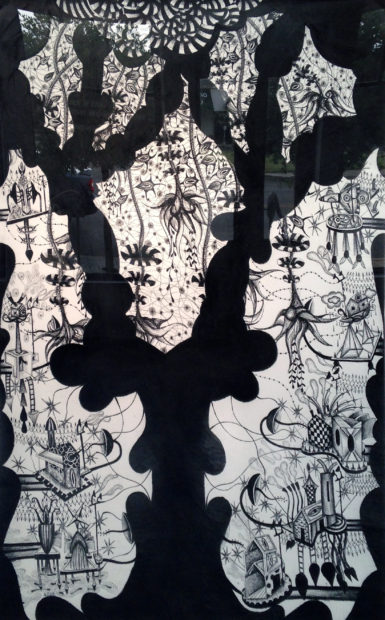 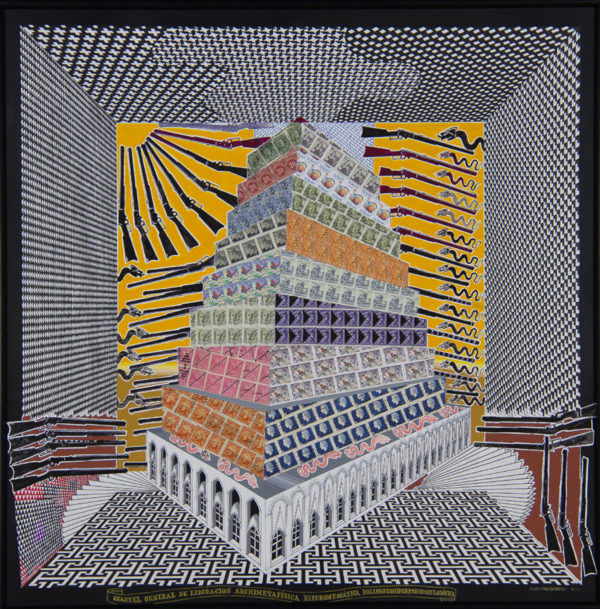 Each artist’s vision of the cosmic interval is highly distinctive and conjures its own environment. Argentinian artist Nicolás Leiva’s black and white pieces depict a lush, threatening landscape akin to Jim Woodring’s brilliant and haunting work in the comic book Frank and the illustrations in those mysterious and often nonsensical medieval “encyclopedias” that now trade for six figures on a shady international market. Pedro Friedeberg’s works are technical and not-quite symmetrical evocations of symbols and holy rooms. The pieces resemble Islamic aesthetics and interiors but have an eerie artificial staging to them like the formal dining scene at the end of 2001: A Space Odyssey. 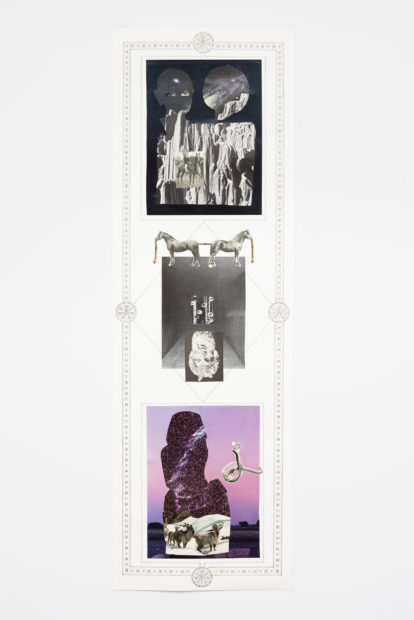 James Smolleck’s collages have whimsically trippy titles like Approaching the Universe from a Ceremonial Magik, and take images from what appear to be illustrated Smithsonian books (of the ancient world, etc.) and layer them over sunset skies and cut-out sphinxes. Sarah Fox’s unctuous pieces of intertwined fetal does (Gestational Knot) fuses a Precious Moments aesthetic with Cronenberg’s Dead Ringers. Carlos Amorales’ Lovecraftian From Spider Galaxy (Guardian) covers an entire wall with the repeating hieroglyphs of Cthulhus over wolves like the markings of a portal. And Fernando Andrade’s swirling pastels pieces remind one of Matisse’s seaside paintings processed through an alien optical system. 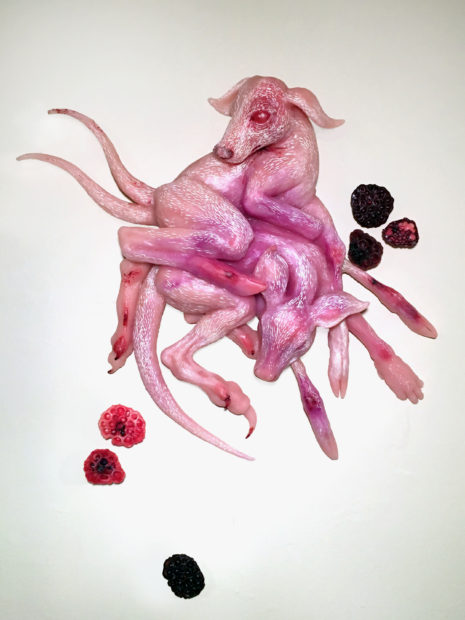 I appreciate the audacity and unabashedly colorful and surreal dynamic of this show. Even from the most superficial perspective Interval provides a dazzling visual escape across its depictions of the beyond. But Interval is philosophically high concept: the exhibition pamphlet, instead of simply containing a terse statement, includes a dialogue “poem” by Snyder of a “conversation overheard downtown, somewhere in the southwest.” One speaker states: “You know what I’m talking about, why do I need to say what it is? Acknowledge and observe the anticipation. And be on the watch for the interval, the place where you are given a choice and a chance to add goodness to the world.” 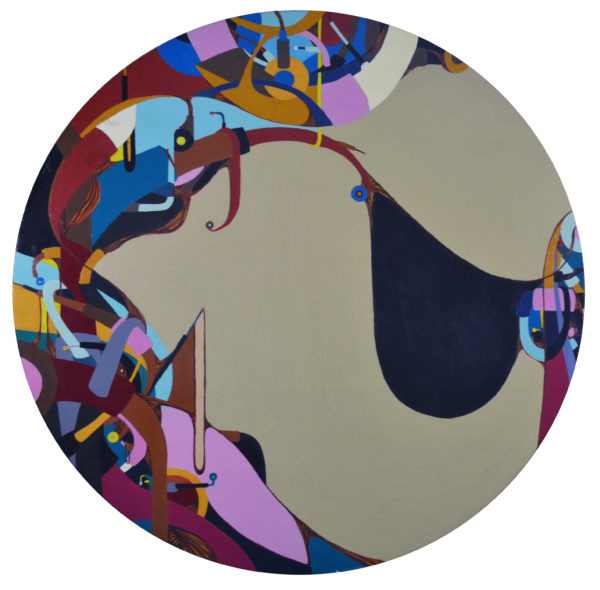 The works in Interval take on a sublime, ecstatic energy in the context of that quote. They become visions of a nirvana, the salon of perfect clarity, where if one is patient and aware they receive the rare gift of true free choice. That the depictions of such elevated realm are fairly intense, psychedelic and somewhat nightmarish is logical. Knowledge is heavy. Should a heightened reality resemble a Denny’s, or an Apple Store? Interval presents a heady, soothing lounge for the mind to luxuriate in the humming possibility, before Something happens.