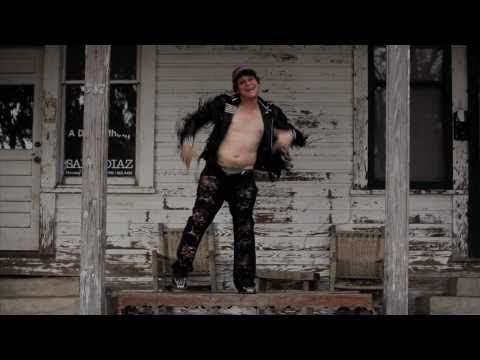 Bryson (no last name when performing), at Sala Diaz on December 2, 2010, for A Day With, a performance following and acknowledging A Day Without Art, the national day of action and mourning in response to the AIDS crisis.

Bryson Brooks is a painter and performance artist based in San Antonio. He has been known to wear faux fur.

Hills Snyder: Can you trace your interest in Western art?

Bryson Brooks: I took a class on Western art at U.T. in the ’90s. I became very interested in how painters like Russell were so diametrically opposed to Modernism. I remember seeing a drawing from Russell’s sketchbook of him standing in front of a Cubist painting with the statement, “Makes me feel like I just ate a cold duck!” I had a good laugh and was hooked after that.

HS: Your anecdote re: seeing the Russell sketchbook calls to mind Norman Rockwell’s 1962 painting Abstract Concrete. Any other realist painters you’d care to name as important to you?

BB: The paintings of N.C. Wyeth, Remington, and Thomas Cole have all been inspirational to me. I have spent a lot of time looking at Thomas Eakins’ work; particularly Home Ranch, Cowboys in the Badlands, and Four-in-Hand—May Morning in the Park. I guess it depends on how you define Western art. I see Benjamin West as the granddaddy of Western paintings set in America, with works such as The Death of General Wolfe. I look at Western art as the evolution of History Painting—this explains the conflict with Modernism.

HS: The Modernist critique of realism certainly conflicts with Western art, but there is a place where they overlap: a belief in progress. Where does this put your work?

BB: I live in a world that cannot afford the luxury of progress. There are so few homes where the buffalo roam that they discontinued the nickel.

HS: So I take it then that even if you were to stand on a stack of nickels you would not be able to change clothes in a phone booth?

BB: Ha! Maybe if it was Doctor Who’s police box.

Songs in the Square

HS: Have you heard of Dave Hickey’s strategy, to go back to “when things didn’t suck” and start there? Does this apply to what you’re up to?

BB:  That’s funny that you bring that up. I was just reading a Facebook post where he talks about that, and it is an approach that I completely agree with. It becomes complicated though because the tradition that one inherits becomes a box that it is extremely hard to escape. One’s place in history is a lens that defines how you understand the meaning of art, as well as the role of artists in society. This lens changes through the passing of time. Because of the state of the world today, I think artists have a social responsibility that is now more pertinent than it was a hundred years ago. Joseph Beuys’s piece The Silence of Marcel Duchamp is Overrated, for instance, changed the way I think about art. 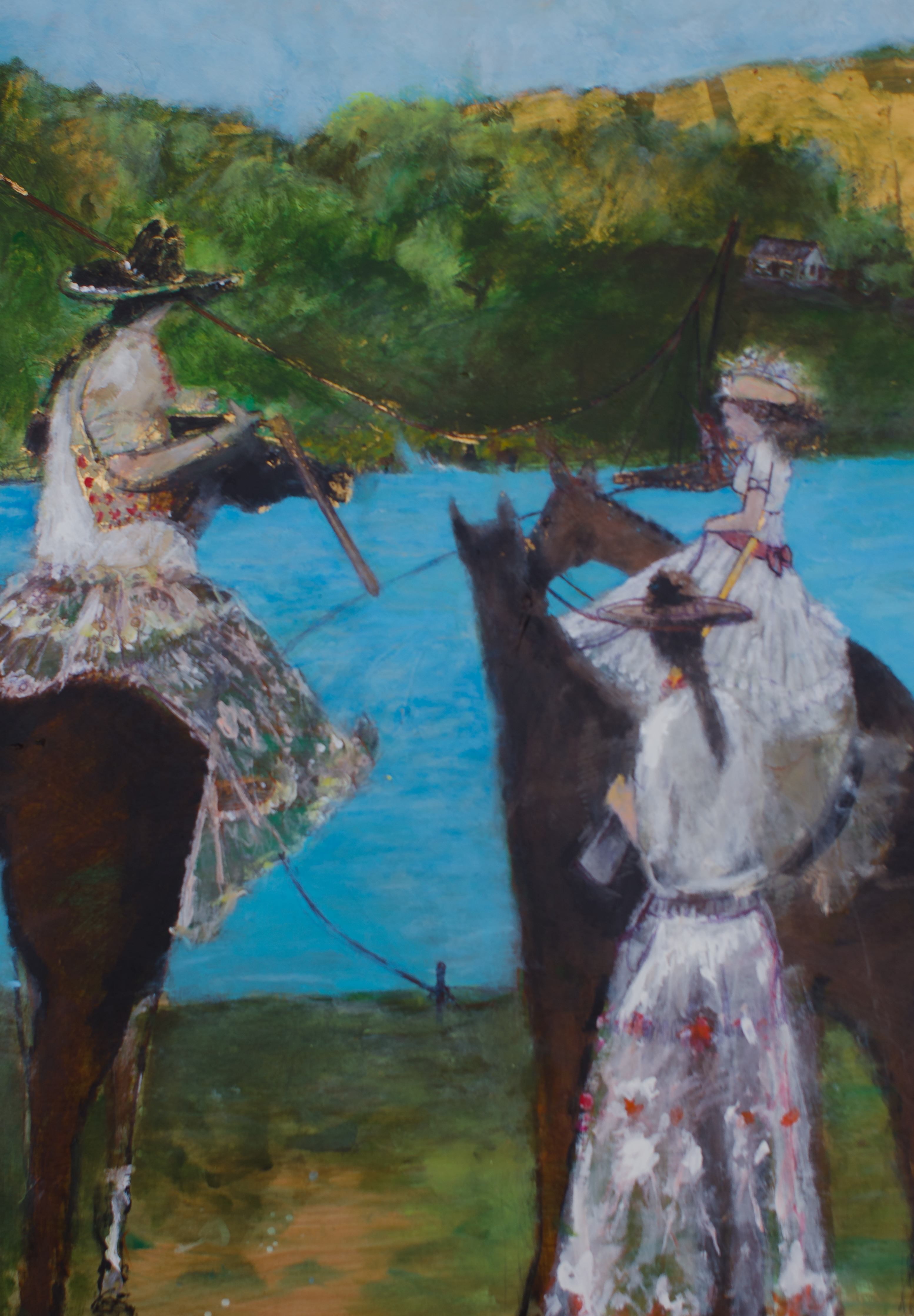 HS: I don’t see it so much in your earlier Western paintings, but in [the] group at AnArte Gallery I see some Franco Mondini-Ruiz influence. Do you feel that way?

BB: He has always influenced me. I have been friends with him for more than half of my life. A lot of his work has a narrative element to it. The western paintings I was previously making did not have a narrative aspect to them, so in that way my new paintings relate to his work in a way they did not before. The first large-scale westerns I made were paintings of cropped images of Richard Prince’s cowboy series in which he had taken pictures of other photographers’ photos. This body of work led me to work on western paintings that were based on photos. They were more about a moment than a story.

HS: You and Franco share another tendency too: to blur the line between the things you make and the lives you live. I think for each of you there is a distant horizon. Or to put it another way, you seem to carry a sense of scale. Can you find a question here?

BB:  I think of Franco as a performance artist. I concentrated on performance art in school. I studied under Linda Montano [at UT Austin] and she is still a major influence on my work. Her method of making art your life is still a method I use today.

HS: [Some of your paintings] derive their proportions from letter-boxed films. In some of them there are foregrounded elements obscuring more detailed action behind. There are linear sketches of figures that are looked through, suggesting overlays and dissolves. These seem like decisions based on cinema. How do Western films figure in what you’re up to?

HS: Is there a Western movie that seems to you more about “moment” than “story”?

BB: The first one that comes to mind is Giant. I have done a lot of paintings from stills from that film.

HS: How about a list of Bryson Brooks’ favorite Western films?

BB: Unforgiven, Butch Cassidy and the Sundance Kid, Shane, The Wild Bunch, and I would have to throw Blazing Saddles on the list, too.

HS: Have you driven through Hondo Valley, in southeastern New Mexico, land of Peter Hurd?

BB: Yes, many times over the years. I really love the epic scale of the landscape of New Mexico. The vastness of space in that part of the country is hard to wrap your head around. The area around Ghost Ranch is breathtaking, as well.

HS: In your painting Western Spring, is there a rabbit face painted into a tree trunk?

BB: Ha. Yes there is. It wasn’t a conscious choice though, he just appeared there. There is something very Brothers Grimm about that forest.

Nice. Loved the show. Thanks Bryson. Thanks Hills.