Ed note: The following is an introduction of a new travelogue serial narrative written by San Antonio artist Hills Snyder, hosted by Glasstire. As it evolves, the narrative will update online as the visual component, slated to be shown in various venues, unfolds: please see below.

If a water tank with the name of a town on it can be called monumental; if the discarded objects that tend to pile up along the margin of human habitats can be called peripheral; if the monumental and the peripheral can be considered of equal importance; if the landscape that supports this evidence of human occupation can be called sublime; if the attempt by an artist to travel a purposeful line in order to make random discoveries can be called time well spent—then Altered States, held together by a wedge (keystone) inserted between imagination and reality, offers happiness to the lost, and opportunity to the reclusive. Consider this a promise, or at least a chance to get out of the house. 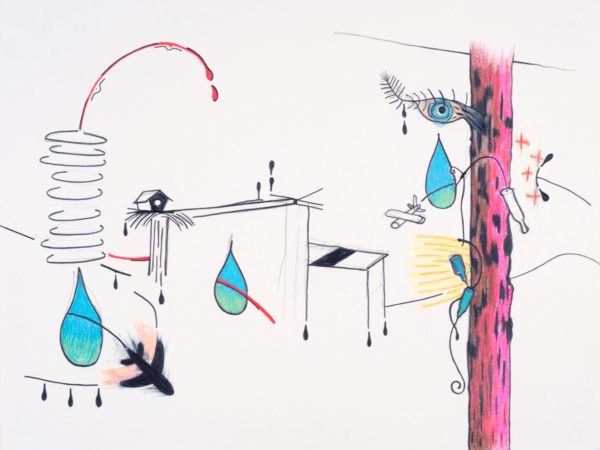 Altered States (Part One), which will kick off with its first installment on Glasstire on November 2, will accompany the first of an ongoing series of interconnected exhibitions of several dozen drawings based on travels to Nowhere, Oklahoma; Happy, Texas; Lost Springs, Wyoming; Keystone, South Dakota; Recluse, Wyoming; Opportunity, Montana; and points in between. 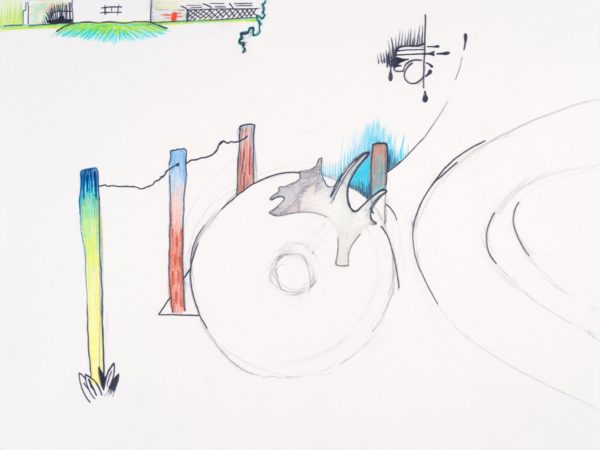 There will be more to come, next season, in Parts Two and Three, as the list of destinations grows to include Bonanza, Colorado; Diamondville, Wyoming; Eden, Utah; Eureka, Nevada; Bummerville, California; Nothing, Arizona; Truth or Consequences, New Mexico; and Eldorado, Texas.

Altered States (Part Two) opens at the Louise Hopkins Underwood Center for the Arts in Lubbock, on Friday, July 7, 2017.