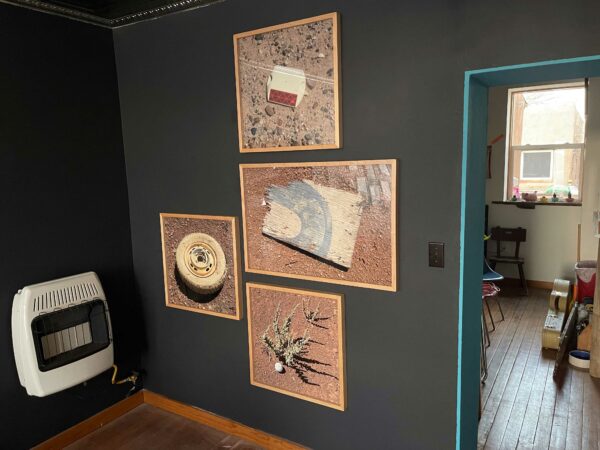 “Paradise Lost” at kind of a small array

Highway 60 cuts through the Cibola National Forest to the rural mountain-plains town of Magdalena, New Mexico, where polymath and former Texan Hills Snyder has made his home since 2018. Just off the main drag, Snyder runs a compact art space that humorously goes by the name kind of a small array. (The Very Large Array is only 25 minutes away). The gallery and its crowd are familiar, kindred to the art spaces of Lubbock or Marfa on a weekday, or any of the other cooly understated scenes in Texas. The first weekend in April, my kindergartener Stevie and I made the trek to see an exhibition of Fort Worth-based Bale Creek Allen’s  photographs, which were taken along American roadsides, titled Paradise Lost.

The village has a long history of mining and cattle-driving — now, many of the folks we met are engaged in the arts, sciences, labor, or service industries.  Kelly Mine, just minutes from downtown, boasts a mineshaft designed by the famous Eiffel. The dusty road that connected our lodging to cafes, galleries, and the single town bar retained warmth from the high-altitude sun rays. Stevie and I meandered about, stuffing our pockets with rocks.  Magdalena is the perfect host for Allen’s large-format snapshots of the Southwestern road trip: images laden with banal familiarity and subtle mystique. 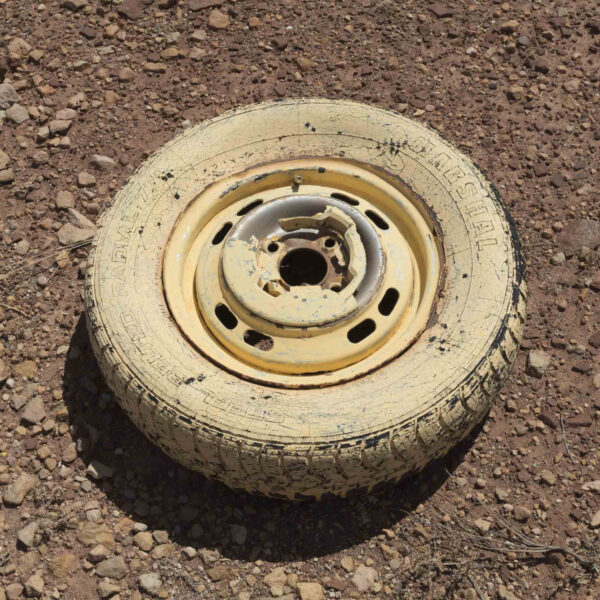 Allen is the son of Lubbock legends Terry and Jo Harvey Allen. One of Bale Creek Allen’s popular pieces, the gilded tumbleweed, made national news for a lawsuit, the claim being that Val Kilmer filched the concept and was selling a similar (and expensive) work as his own. (This lawsuit was privately settled in Allen’s favor.) The tumbleweeds and neon bodies of Allen’s work are attention-grabbing, darkly fun cultural commentaries…but not as powerful as his photographic works.

The removal of the actual situation for the tumbleweeds (which come in several color coats, not just gold) creates a hyper-symbolic read of the work, to the point where it starts to break down into purely formal realms. I like these works, maybe more-so because they rub shoulders with Jeff Koons and other finish-fetish artworks — purr. In Paradise Lost, however, there seems to be a sort of enduring, unfurling gesture at Americana that is sincere and more engaging. In these photos, at first, as with Allen’s sculptural works, there is a similarly innocuous “this would look good in my house” quality. Keep looking, though, and the meaning creeps in — a quiet force there to remind you that these scenes hold a winking-but-honest look at the American myth and its decay. 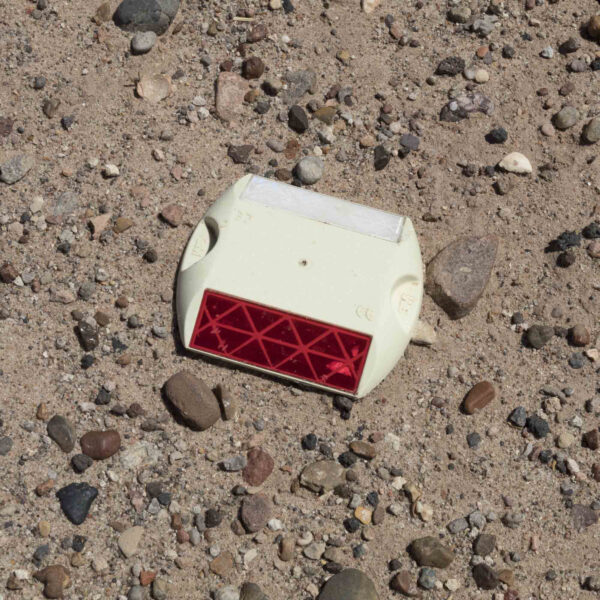 “Highway Reflector,” from “My America,” September 2017

Take Highway Reflector, or Piece of Wood. I know this place, its dirt spotted with smooth agate rocks. I feel the desiccating air, my mouth suddenly dry while wondering if a rattlesnake could be hiding in its shade. Though some of the objects in the group of photos clustered on a black wall appear random, each seems to have undergone a process: painting, breaking, and removal. Loss. In Magdalena, the photo of a lone golf ball next to some weeds makes sense. I wonder how these photos feel in a metropolitan setting. Controversial? Exotic? Here, they feel like a landmark; turn west at the Yellow Tire, then call me and I’ll meet you at the gate. 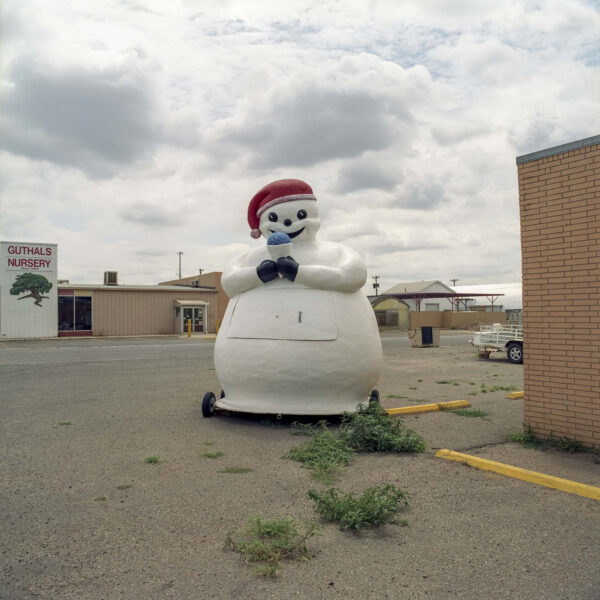 Snow Cone Santa, a massive mobile snow-cone shack, sits alone in an overgrown corner of a parking lot. The character’s frozen smile and the concrete desert broken only by a few weeds and a sign for a plant nursery speak to global warming, childhood, and folksy nostalgia. This resonates with those from a place brimming with pride over their “world’s largest statue of ___,” who have been met with looks of pity or disdain when answering the question, “you are from where?” 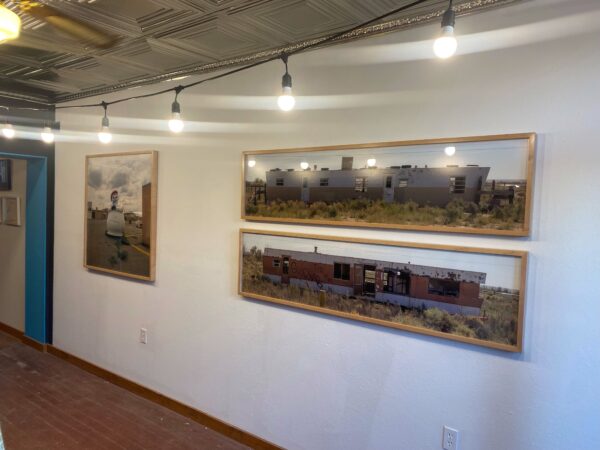 “Paradise Lost” at kind of a small array

This work holds a kinship with Allen’s mother’s performative art, particularly the piece Counter Angel, which she performed in actual truck stops. In this light, Paradise Lost reveals something personal about Allen, as though these are snapshots of his childhood summer drives to Lubbock. The myth of the roadside harkens back to an inconceivably different time. One where children — really, any passengers — rather than spending hours in the backseat, pacified by phones and tablets, fought with their siblings, whined, imagined, and actually looked out the window. Whether that window was to a world bustling with human activity, or the sparse highway miles of barbed wire and the occasional tumbleweed doesn’t really matter. It is exactly this unguarded, uncool, and sentimental aspect of Allen’s work that feels revelatory.