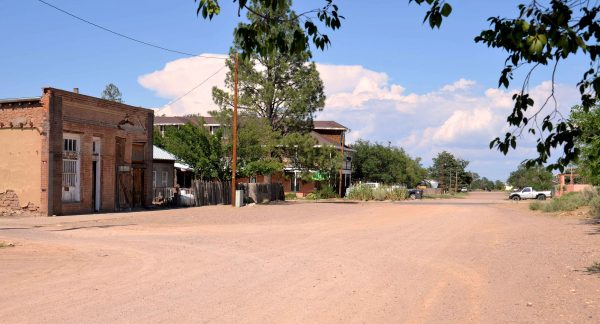 In America, the boundaries between states can feel completely ephemeral and meaningless. Crossing from, say, Iowa to Wisconsin probably doesn’t make much of a dent. But crossing from Texas into New Mexico, despite no change in the high desert landscape, results in a fairly profound change of ambience. To me, Texas is frozen in a rictus of hysteria, it is the face of someone mid-rage, mid-laugh, mid-tears, or some combination of all three. New Mexico is the inscrutable blank expression of a Kachina Doll, a white fade under a big sky. It’s chiller, sparser, more silent than either of its neighbors, and there’s reason why if you’re rich and need to dry out your family will probably send you to a “spa” called Desert Sage in New Mexico. There is a reason the state has, as its slogan attests, attracted artists and wealthy people of taste. It is simultaneously empty and inspiring, the past hovering around like birds’ shadows on the desert floor. 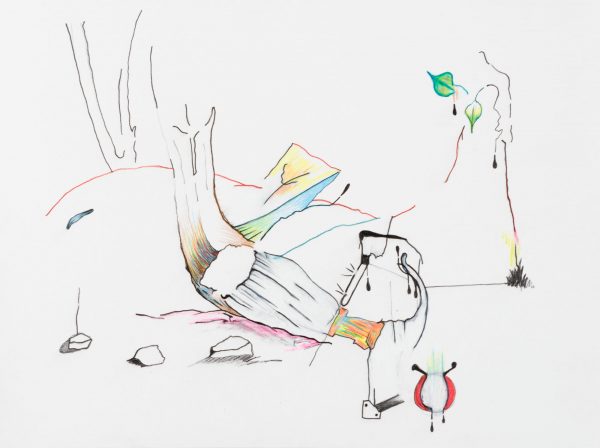 One of Hills Snyder’s drawings from Chinati hot springs

I drove out to a small town in New Mexico called Magdalena to visit my friend and San Antonio artist Hills Snyder. Hills is a varied, creatively witty artist, musician, curator and professor at UTSA (his course syllabus includes sitting in the Cave Without a Name in complete darkness and watching the shamanically beautiful Atanarjuat: The Fast Runner). He has dreamed all his life of living by a trailhead in the mountains of New Mexico. And in the last year or so, he and his wife Caralyn began relocating to a cabin overlooking the 850-person town of Magalena. Hills rented a space in the quaint, sleepy downtown and opened a gallery called a Kind of a Small Array, a play on the Very Large Array (the field of satellite radio dishes as featured in the film Contact). He invited me out to an opening of some of his drawings done from locations he’s visited in the Southwest (such as the Chinati hot springs). The vaporous colored pencil drawings recede like memory, like figures on the horizon.

Driving from Midland, I once again had no cell reception, but discovered my car has satellite radio and settled on the reggae station “The Joint.” In an auspicious bit of synchronicity, as I entered New Mexico, the sky exhaled, Horace Andy’s “Skylarking” came on, and a calm breeze picked up. I drove through a valley town called Lincoln that was having some festival of craft beer and white blues, and I stopped for some red chile posole at a gleaming white restaurant and “event space” called Silver Dollar Junction. The business was charmingly semi -functional and owned by an amiably harried physical therapist from Albuquerque (he gave me a hemp IPA on the house from a keg being tapped: “it doesn’t have the naughty stuff in it, it just smells like it”). Nearing Magdalena, I passed a rock shop with a skull and cross bones flag and a sign reading “ATOMIC BOMB ROCKS”. Obviously, I stopped. This shop was mere miles as the crow flies from the site of the first atomic bomb test in history on July 16, 1945. Robert Oppenheimer named the bomb “Trinity” in homage to a poem by John Dunne he was fond of called “Holy Sonnet XIV: Batter My Heart, Three-Personed God”:

Batter my heart, three-personed God; for you
As yet but knock, breathe, shine, and seek to mend;
That I may rise and stand, o’erthrow me, and bend
Your force to break, blow, burn, and make me new.
I, like an usurped town, to another due,
Labor to admit you, but O, to no end;
Reason, your viceroy in me, me should defend,
but is captived, and proves weak or untrue.
yet dearly I love you, and would be loved fain,
But am betrothed unto your enemy.
Divorce me, untie or break that knot again;
Take me to you, imprison me, for I,
Except you enthrall me, never shall be free,
Nor even chaste, except you ravish me. 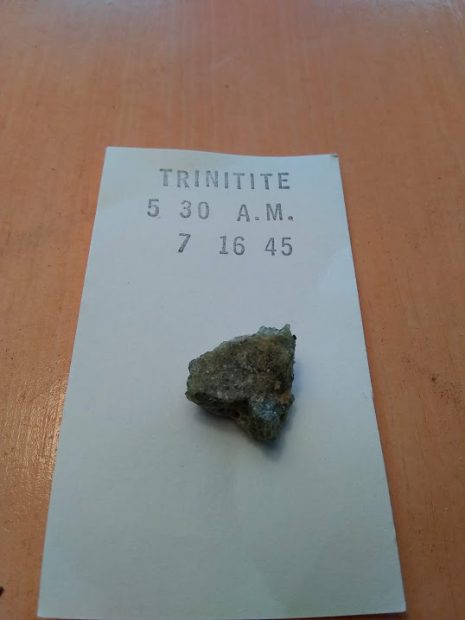 The “rock” from the blast, made when the explosion turns the desert soil into glass, is thus named Trinitite. The glass has the dull green glow of beer bottles and a strange magnetism to it, (perhaps invented by the mind after knowing what it is), as if it were a black hole pulling energy back into itself. This material was specifically fascinating and resonant to me due to my recent viewing of the eighth episode of the new season of Twin Peaks, “Gotta Light,” which depicts the explosion of the Trinity bomb in an exquisite and mind-blowing short film of sorts, which easily ranks as the most “cinematic” thing I’ve ever seen on TV: imagining the first explosion of the bomb causing a level of destruction so profound it unleashes, or creates, a cosmic evil (as personified by an amniotic sac with the Twin Peaks character BOB’s head grinning demonically inside). Scored to the brilliant, frenetically elegiac “Threnody to the victims of Hiroshima” by Penderecki , the sequence articulates, almost metaphysically, the horror of nuclear war and the inevitability of annihilation. Throughout the weekend, I would learn that the Trinity tests had affected the health of the people in the surrounding areas. Unsurprisingly, the rate of cancer in the region became dramatically higher. 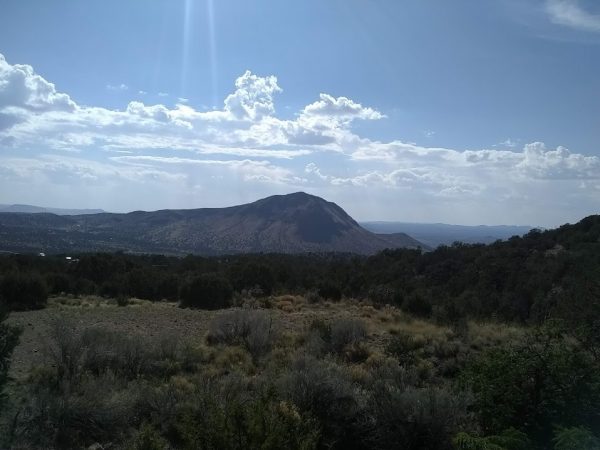 Magdalena is so named because Spanish explorers saw the face of Mary Magdalene on the side of its mountain (I didn’t really see it, but I can imagine being delirious from hunger and dehydration, sputtering dust and seeing saints). I met Hills at his gallery and he took me to a guest house generously offered by two Magdalena residents by way of New York: artists Michael Bisbee and Sigrid McCabe. After a brief rest from the long drive, Hills and Caralyn picked me up and we headed to Michael and Sig’s house for dinner on the patio. Magdalena’s slogan is “Trails End and Gateway to the Stars.” 80 or 100 years ago, it was a boom town with cattle herds ending their drives and a bustling Kelly mine producing the pale, sea-colored stone Smithsonite. When the stars came up, they did appear as a gateway, as if the light was coming from another room or window just around the corner. You could see Orion and the dippers, and the seven sisters in Pleiades, and the clouds of the Milky Way plume faintly like sea foam. It felt, like much of the weather and atmosphere of New Mexico, sort of like a spa treatment: the heat is light, dry and therapeutic, as opposed to in Texas where stepping outside in August can feel like some form of biblical punishment for engaging in usury.