Off to See the Wizard in the Hills of San Antone: Wolverton’s New Album 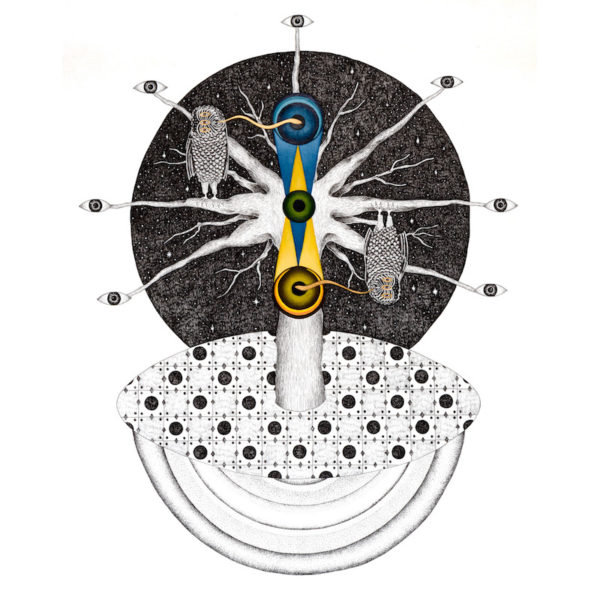 In 1885 the Wizard Oil singers gave a concert in San Antonio’s Military Plaza. Among the songs they performed was a standard of the day that included the word “woodpile” in the title.

The independent record label Woodpile has now released the album Wizard Land by the San Antonio band of merry mavericks known as Wolverton. There is no known connection between these two events.

Wolverton songs — grand adventures in tiny, shiny packages — tend toward the cerebral and the mystical. They soar through territory that reminds me a little of It’s A Beautiful Day, a band I don’t believe I’ve heard since the ’70s. And the trippy gypsy dance of their mysteries and riddles brings to mind the Incredible String Band. Nonetheless, Wolverton is its very own, many-splendored creation, spinning art folk rock as only magi may.

Guitarist and vocalist Hills Snyder says that the band was formed somewhat accidentally after he invited various musicians to perform with him during breaks in the open-to-the-public installation process for his 2010 show Casual Observer/Causal Observer at Blue Star Contemporary in San Antonio. The group coalesced organically, and by the time I first saw them live, at the Sala Diaz fundraiser held at Gallagher Ranch in June 2013, their sonic sheen inspired a lush fantasy.

I imagined that I had wandered into some floating adjunct of the Amargosa Opera House in Death Valley Junction, California. Vocalist and earthbound butterfly Caralyn Snyder seemed a descendant of the Amargosa’s resident ballerina, the entrancing Marta Becket, fluttering amongst invisible blooms and conjuring melody from the very air.

“You’re on your way to Wizard Land,” sings Wolverton keyboard player Kate Terrell in the new CD’s title track. With crystalline vocals and keys that skip lightly, sparkle and cascade, she cautions the listener not to “slip on the leaves in the portal beforehand.” Written by Kate, the song brings to mind the age-old dichotomy between the restricted, careful life and the terrain of freedom and imagination, where one takes chances and runs with the wizard, the wolves, and the wild.

Pirouette, written by Caralyn and Hills, peeps into the glories and challenges of a relationship between two individuals of artistic temperament. When Hills sings, “I’m a white glove floating above the coastline of  Pembrokeshire, Wales,” in his song Coastline, I tend to believe him. “Control is not anything that I can pretend to understand.” Been there. And I love the vague foreboding of the judiciously deployed Roland JX-3P synthesizer played by Wolverton’s performing collaborator and producer Joe Reyes.

Hills’ Radial Array is about the shocking encounter of the aftermath of a wildfire in the mountains of New Mexico, blackened trees arrayed across the horizon. It’s beautiful music tinged with a symphonic gasp. The song puts me in mind of the first time I saw the land after the Bastrop fires.

Wizard Land also includes a mini-literary saga, Melville, written by bassist and fiddler Jeremiah Teutsch, who left the band recently to concentrate on his visual art. Something of an operetta-ette, the haunting song  puts one aboard a 19th-century ship, with more than “a burden to bear” as Jeremiah’s dramatic yet controlled vocal style conveys the urgency, the fleeting chance, the desperation of men cast to dire circumstance. “Down down down down down we go.”

A guest theremin, played by Jessica DeCuir, and banjo, played by Lindsey Verrill, underscore the universal puzzlement of the Hills-penned My Name Is Time. The song reminds us that no one, not Michelangelo, Walt Whitman, or Captain Kangaroo, has ever been able to figure out just what the heck time actually is, why we have so much of it and why we yet have so little — and why it’s so fleeting, as fugitive as the wind. “My name is time, I’m wearing your clothes, they fit pretty well, how nobody knows.” 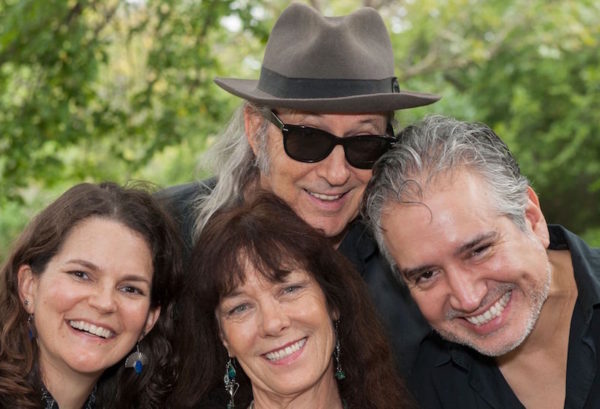 One listener described one element of the Wolverton sound as chamber pop, and yes, I do hear an aspect of a quasi-jazzy form of semi-classicism, albeit one that has let its hair down and munched a button in the vision pit. Another listener expressed relief upon perceiving an absence of twang within the fold. Fear not the twang. The twang is the hum and ooze of the native landscape. The twang is the blazing edge of the evening sun. Twang is the soft, warm buzz of the neon glow. Twang is the tongue that forks to the west.

(Yes I’m aware that x percent of twang-saturated regional music can be bland and not particularly interesting, but no way is that the fault of el twang.)

Degrees of twang are perpetrated in the final cut of Wizard Land, in the tavern romp of Caralyn’s song Clou. It’s in the conspiratorial skip, hop and march of Hills’ guitar, Kate’s keyboard, and guest Kim Mackenzie’s fiddle that gang up to a delightful and slightly-demented square dance sound as Caralyn cheerily sings about “a clou dans la tête,” which translates to “a nail into the head.”

It was, she continues, “nailed with a certain sound,” testifying, “that’s the way it went down.”

For album info, go here. Wolverton will be performing in these Texas venues in the coming days, starting tomorrow: