Archive: Painting on My Planet/The Top Ten Painters in Houston

In celebration of the new year and Glasstire’s 15th Anniversary in 2016, we’ll be mining our archive of 3000+ features and republishing some old favorites. Here are two by Bill Davenport published days apart in 2014: Painting On My Planet went out on July 4, 2014, and The Top Ten Painters in Houston went out on July 9, 2014 – ed.

Painting on My Planet

“have u seen this?” said the text, “WTF!” It was Olivia Flores Alvarez’s list of the “Top Ten Painters in Houston” in this week’s Houston Press, just out.

The first thing I did, before reading her list, was make my own list. It wasn’t hard—I’m always looking at Houston art, and am, by nature, a scorekeeper. What I really did was update my running list of the best artists in Houston, remove the non-painters, and skim off the remaining top ten.

Then I read Alvarez’s piece. I expected to argue; the whole point of making lists is to haggle over who goes where, who’s moving up, and who has fallen off. Like Casey Kasem’s American Top Forty, it’s fun, if you don’t take it too seriously.

Of course our lists wouldn’t match exactly. But, as I scrolled through her four pages of online pictures, counting down to #1, there was no overlap. Not a single name on her list matched a single name on mine, anywhere.

We’re on different planets. Let me tell you about mine.

On my planet, the best painters are trying, through painting, to show themselves a truth about the world that they have not been able to see before, and then they’re showing me. New truths are hard to come by. It’s difficult, demanding work. So difficult, in fact, that few of them, even with the best educations, and the most earnest efforts, succeed even occasionally. It’s heartbreaking, really. But sometimes it works, and then there’s a new truth in the world.

On Alvarez’s planet —let’s call it Planet A— the best painters make paintings. It’s indoor work, diverting and varied. If you’re persistent and personable, it can be a living. It’s useful work. People need paintings; there are far more blank walls than there are new truths to fill them and not everyone really wants a new truth staring them in the face before breakfast, anyway.

It’s honest work, too, if you’re not claiming more than you can deliver, but, sadly, most painters on Planet A, and most of their fans, including Alvarez, live under a widespread delusion that they’re actually on my planet, planet B, and they are doing what painters on my planet do when they go into the studio. It’s no wonder why: planet B gets all the news coverage. Books are written and stories sung about the heroic goings-on here.

The stories are so fantastic that many people on Planet A suspect Planet B is a fiction, a myth made up by people who claim to live here, or to have visited, to aggrandize themselves. I don’t blame them: stories are a big problem here. On Planet B, artists, and especially their dealers, are so desperate to possess those elusive new truths that bullshit claims of actually having one in hand thicken the air on Planet B like factory smoke in Beijing. You can hardly breathe. In this, I guess our planets aren’t so different after all, except that, on my planet, once in a while some of those amazing stories are true. 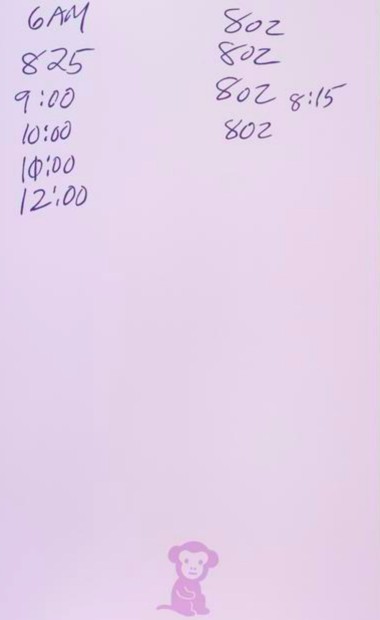 1. Rachel Hecker is the most consistently great artist on this list. In different bodies of work she’s waved the feminist banner, illustrated the arcade game of love, examined life’s pocket lint, and flirted with genuine piety. Her works are have always treated serious themes with overwhelming technical polish and pointed pop humor. 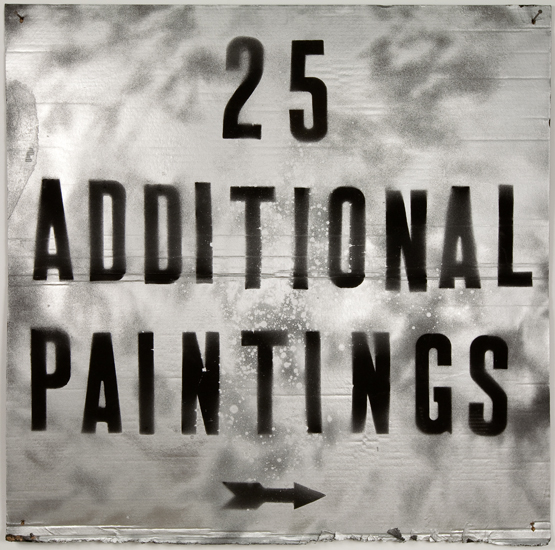 2. Mark Flood. For decades, Flood has been using painting as a conceptual weapon in a passive-aggressive war on artworld pretensions. His churlish antics have recently propelled him into the art stratosphere; this year he was named the most desirable emerging artist in the US. Whether that means he’s failed or succeeded, or both, his stealth approach to fame is fascinating, horrifying, and unprecedented. 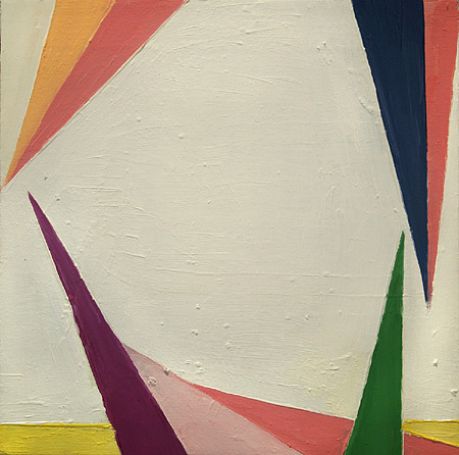 3. David Aylsworth plies painting like a sailboat, holding a true course against the fitful headwinds of artworld fashion. His quiet, genial abstractions are free of bombast and full of alert, inventive byplay. 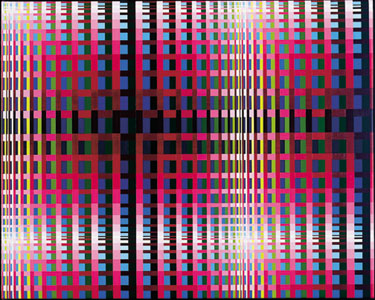 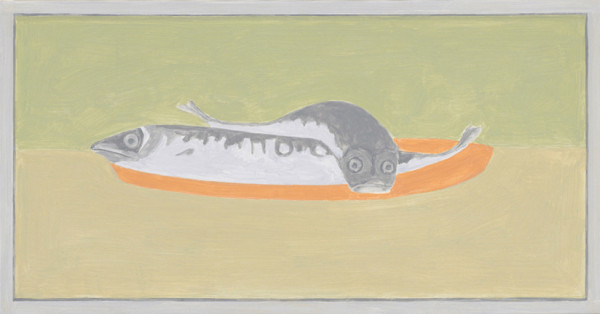 5. Francesca Fuchs tackles the uncomfortable reality of paintings beyond galleries, presenting the panoply of images that furnish our lives on subdued, uncannily colorist canvases. (Full disclosure: I’m married to her. A complete list of other disclosures is below.) 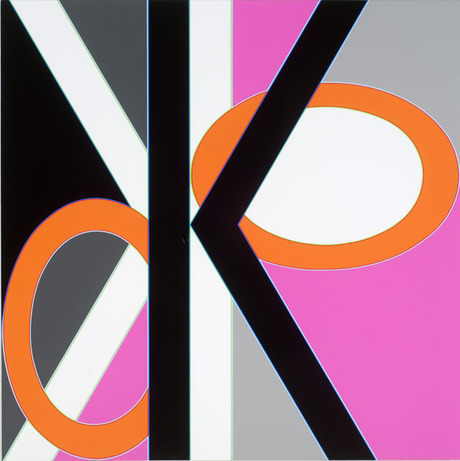 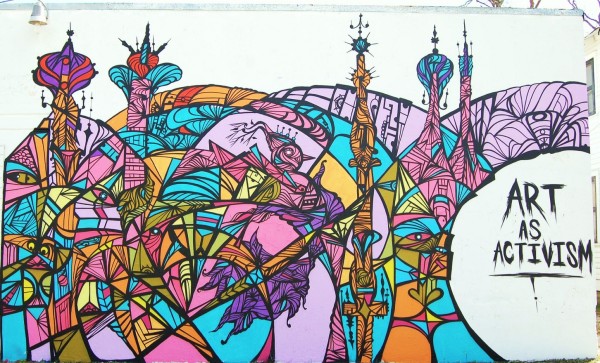 7. Daniel Anguilu. A few months ago, I called street artist Daniel Anguilu a Houston treasure. Prolific and more than citywide, Anguilu’s ubiquitous, vivid murals convey the hope of beauty and social justice on an environmental scale. 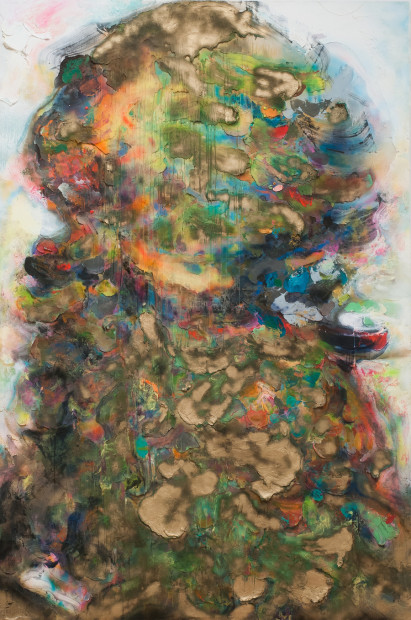 8. Geoff Hippenstiel uses paint as if it were colored clay, building up surfaces that shock and awe. 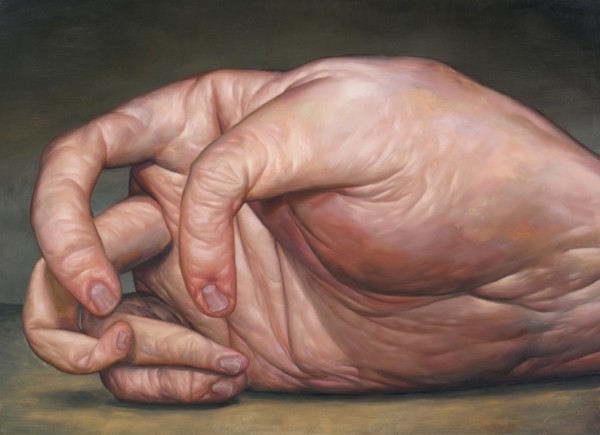 9. Seth Alverson is a painter of greasy flesh and ambiguous, uncomfortable situations. Specializing in the grotesque, his paintings have matured from album-cover surrealism to dark, psychological vignettes. 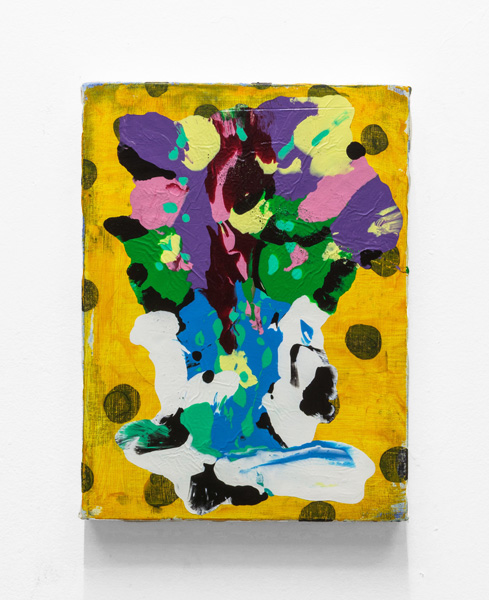 10. Shane Tolbert is the best of a crop of new-nothing abstractionists. Smears, pools, blobs and scrubs fill canvasses with a peculiar semi-decorative materialism that keeps you guessing.

How to use this list: If you’re an artist and find your name absent from the top ten, you’ve been unjustly overlooked. Choose a caveat from the list below to explain why.

1. Like any list, mine is arbitrary, and it gets more arbitrary as it gets longer. Only the first seven places are firm. I could just as well have put any of the following painters in spots 8-10, if there had been a west wind blowing or my bagel was a shade browner this morning.

2. My list is limited to living artists working and showing in Houston, and is in part based on recent activity. Several of the artists on the lower list either earned their spots years ago, and are less active currently, or, conversely, are relative newcomers who have not yet had time to exert as big an influence as those nearer the top.

3. This is a list limited to painters. Artists like Trenton Doyle Hancock, Michael Bise and Dario Robleto don’t count. Don’t worry about what painting is— you’ll know it when you see it.

4. Disclosures: As mentioned above, I’m married to Francesca Fuchs. I’m friends with David Aylsworth. Susie Rosmarin baked my son a birthday cake yesterday. I’ve known Rachel Hecker since 1990 when she brought me to Houston as a Core Fellow. I’ve also known Mark Flood and Aaron Parazette since 1990. Earl Staley was my boss when I taught at Tomball College in 1994. Harvey Bott gave Francesca and I his wicked cool 1979 Toyota Celica with the futuristic digital speedometer for a wedding present in 1999. Shane Tolbert worked on our building renovation. I gave him a show at Optical Project in 2012. The rest of the painters on the lists are merely professional acquaintances.

That Houston’s painterly pride rests on the shoulders of a basketball team of artists is cause for both fear and celebration: if I were an ambitious young painter, looking at that team, I’d realize that there is still room at the top. Writing this list made me appreciate just how few really good painters there are in this city, and how valuable their contributions are.

This is my list, limited by my knowledge. For sure, there are painters in Houston whose work I don’t know. Artists like Pat Colville and Alika Herreshoff are on my curious list: I’ve seen single pieces, or an interesting photograph, and want to see more. My ten list is also, inevitably, biased by my tastes. All I can say for it is that it reflects my honest opinion. Feel free to write your own list in the comments section below.

(ed note: Please see the original posts—Painting on My Planet and The Top Ten Painters in Houston —for the original comments sections.)

cool! i am doing one of these for austin, i have to find 10 painters i like though, we all miss Bill Davenport too dont we? i hope he is making stuff , living the dream and all that

You should review Mike Hollis and Micheal R. Collins. Painters for painters.