Houston! Learn How to Rehab Your House With Bill Davenport and Andy Warhol! 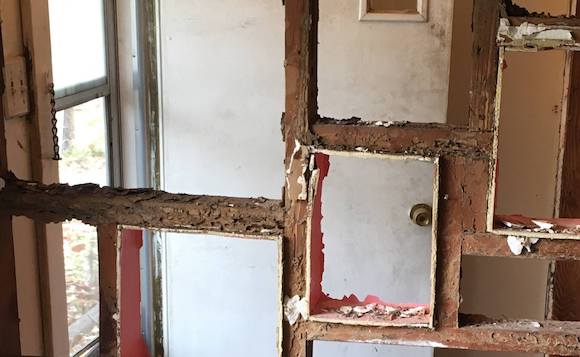 On Wednesday, December 27, Bill Davenport (artist, Bill’s Junk owner, and former Glasstire editor) will give a public demonstration on the safe and proper demolition of a building — in this case, a classic bungalow in Independence Heights — as part of a series of Houston-area workshops. This specific workshop is titled Termite Atelier, which is the first is the “first in a series of workshops on building and renovating… .”

Termite Atelier is in turn part of a larger program called Artist, Get Equity!, “a project aimed at giving artists tools to own the spaces where they live and work. This project is supported by The Idea Fund, a re-granting program administered by DiverseWorks, Aurora Picture Show, and Project Row Houses and funded by The Andy Warhol Foundation for the Visual Arts.”

The workshop starts at 11:30 a.m. with an informal talk and q&a on the project, followed by “an optional two hours of hands-on demolition under Bill’s supervision.”

Please note, the event listing also reads: “Workers should wear hard-soled shoes or work boots, long sleeves, and long pants. Expect to get dirty. Space is limited to 8 attendees, and 4 workers at a time. Call or text Bill to reserve a space at 832-443-6660.”

Again, the workshop is limited to eight people, by reservation, and takes place on Wednesday, December 27 from 11:30 a.m. – 2 p.m. For the FB event listing and more info, go here.