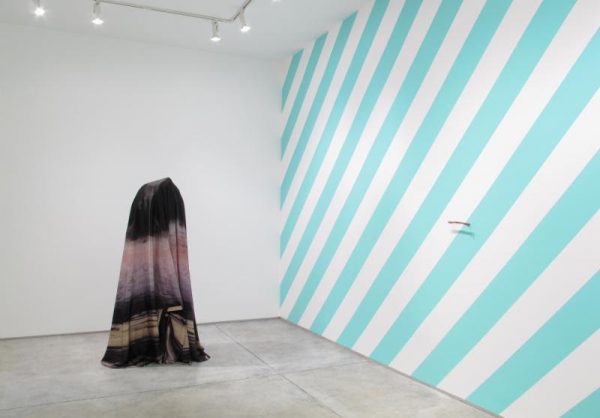 Installation view of works by Katrina Moorhead at Inman Gallery

Born in Northern Ireland and based in Houston, Katrina Moorhead has long been quite active around the Texas art scene. In a 2016 review of her exhibition at Inman Gallery, Betsy Huete wrote, “Moorhead is the only sculptor I can think of in Houston whose impeccable craftsmanship is less for the sake of good craftsmanship, and more in the service of creating an eerie sense of dislocation.” Moorhead won the 2007 Texas Prize from Arthouse (now The Contemporary Austin), and received both an Artadia award and a Joan Mitchell Foundation Award in 2008. She has been an artist-in-residence at Artpace in San Antonio, and was an artist at the Museum of Fine Arts, Houston’s Core Program from 1996-1998. In 2005, she was included in the exhibition The Nature of Things, Northern Ireland’s inaugural participation in the Venice Biennale. 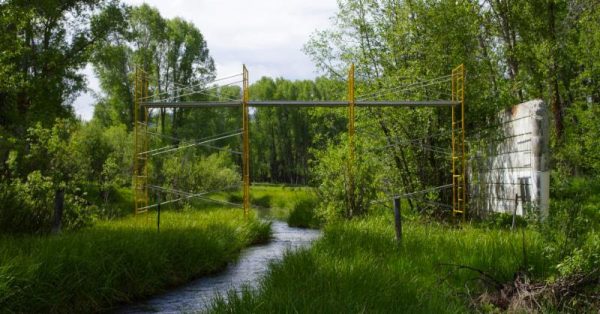 Los Angeles-based artist Phil Peters creates sculptures, video and installation works that ask questions about how manmade objects and structures work with and against the natural world. In a 2013 interview with Chicago Contemporary Art Seminar, Peters said of his work: “I think there are themes of architecture and environment that cut across most of the work that I do. One might also say that I have a preoccupation with the American west.” Peters received his MFA from the School of the Art Institute of Chicago and has participated in a residency program at The Chicago Artists Coalition (2014-2015). Peters has given talks at various venues, including The Arts Club of Chicago, The Mies van der Rohe Society, and the Journées Internationales de la Culture Scientifique, Montréal, Canada. 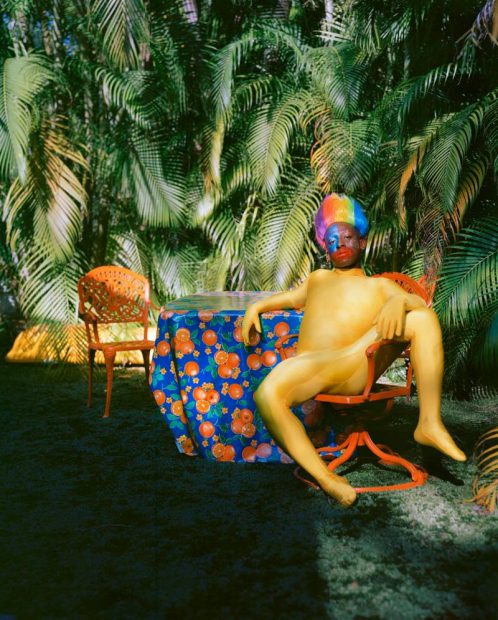 New York City-based artist Derick Whitson creates photography and video works that address “the history and relationships of clowning, drag queens and black/white face to explore the social constructs of race, gender and sexuality.” An alumnum of Columbia University, Whitson has participated in many residencies across the U.S., including programs at Mass MoCA, The Fountainhead (Miami), and the AICAD/New York Studio Residency Program. His work has been exhibited at The Studio Museum in Harlem and The Center for Fine Art Photography in Fort Collins.

Moorhead, Peters, and Whitson will officially begin their residencies on September 1, 2018.

Based on the 3 image samples of the work provided, no doubt these will be memorable exhibits. Enjoy Galveston ladies and gents

Congratulations to Katrina (and to the others)!! Well deserved.