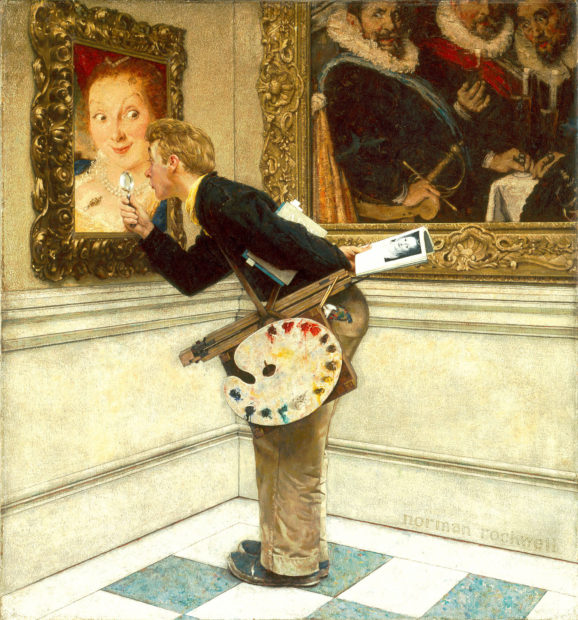 Writing about art is the most difficult job I’ve ever had. Writing decent art criticism is in itself challenging, but doing it publicly, as an artist, sometimes seems like a very stupid career move. On a bad day it can even feel like an act of betrayal toward other artists. Making visual art and writing coherently about it are two very different things. Making studio work is almost never a slog for me but writing can still feel like building a brick wall on the hottest day of the year.

Sometime in the ‘70s art institutions decided that interdisciplinarity was a good idea. Since then there have been an awful lot of hyphenated practices that dilute disciplines and prevent artists from excelling at anything. How many times have I read a 23-year-old undergraduate’s CV that lists them as a photographer, sculptor, painter, critic, installation and performance artist, and curator? Really? They must be geniuses. Except they almost never are. There are a few who manage to pull the whole thing together but for the most part, great artists and writers dive into their singular discipline and cultivate it for the rest of their lives.

Before writing on a weekly basis I never understood how difficult it is to snatch those words, phrases and intangible ideas bouncing around in my skull and pin them to the page in some kind of order that makes critical sense. I also learned that a writer doesn’t so much as write down what they believe but rather actually learns what they believe through the process of writing. Writing about art is often an an act of demystification and in so far as artists, like magicians, like to keep their methods and motivations secret (sometimes even from themselves), the artist-critic can become a reviled creature to himself and the artists he writes about. For me, this is part of the split existence of the artist-critic.

As soon as words are attached to images, the horizon of possible interpretations for the reader and viewer are narrowed. This is why an artist’s favorite catalogue can be paint-stained and thumbed-over for years without a single essay being read. Call it a conflict of interest. As an artist, if I’ve been challenged or inspired, that’s enough. I take those unarticulated impressions into the studio and in some alchemical process they seep from the semi-conscious part of my mind into my own work. It’s a secret between artists then, sometimes transmitted across centuries. But though writing, I’m hardening, polishing and clarifying the impressions I receive looking at the work, and it often seems to diminish that intimate artist-to-artist communication.

Writing critically about art I dislike is another thing. It often feels more urgent and, frankly, it can be  more fun, because it’s a not-so-secret secret that artists tend to be misanthropic, judgmental creatures. Making art is, after all, a practice that involves making critical judgments over and over again. The artist-critic is a partisan figure. He has a dog in the fight, and whether they admit it or not, most artists are protective of their territory and somebody will always get scapegoated, even if it is usually in private.

I look at artmaking naturalistically—you’re either born with the ability to make art or you aren’t. Teaching studio art to college kids and adults has taught me that there are those who can and those who cannot. This ability branches out in all directions—children aren’t filmmakers or musicians when they’re five, but the thing that will bring them there is present from the start. But innate ability still requires cultivation and education.

Unfortunately the greater part of the art market and the world of critical theory recognize no such obvious reality. There’s money to be made and political agendas to be advanced but as far as I can tell the proportion of people in the population who can actually make art isn’t increasing. Right now it’s in the best interest of a corrupt system to convince more and more young people that if they have the right intentions and can pay the tuition then they are, in fact, artists.

Peering into my crystal ball I don’t see the cultural landscape getting any better any time soon. So as the new year winds on and we grow familiar with life under a reality TV star president I’ll continue to do my biased best to squint through the smoke and mirrors and try to distinguish true from false.

The Regan Era set the tone for some serious cultural production. Something disgusting to push against. I anticipate the same for the next 4 years so long as DT isn’t impeached. I love your perspective, Michael. Keep it up!

graduate’s CV that lists them as a photographer, sculptor, painter, critic, installation and performance artist, and curator? Really?; great quote, but you left off real estate agent or trust fund baby, etc… We need good art writing by artists, hell, good writing about anything by anyone nowadays, and we need less cronyism and butt kissing. The never ending cycle of celebrating anything leads to nothing ever having to be good…i.e. our shitting up coming Friday event.