On Wednesday, June 8, 2022, the Museum of Fine Arts, Houston (MFAH) will open a reinstallation of its European art galleries, which will include some recent acquisitions and loans. The newly installed eleven galleries seek to represent a more comprehensive story of European art from the Middle Ages through the 18th century through the inclusion of pieces that span a variety of artistic mediums and originate from northern and southern Europe and Central and South America.

In a press release announcing the reinstallation, MFAH director Gary Tinterow commented, “This new, interdisciplinary presentation furthers a new approach to our collections. Following on the reinstallation of our American galleries, in 2020, we have similarly rethought the display of our European collections to more fully express the history, culture, and faith in which these works were originally created and experienced. Having actively acquired decorative arts and liturgical objects over the last several years, we will now present these new acquisitions in context with paintings, prints and drawings, including many examples from the permanent collection that have been rarely displayed.”

In recent years, many museums have taken new approaches to their permanent collection galleries for a multitude of reasons, including to correct long-standing biases in the art historical canon, and to make more relevant connections for the audiences they hope to engage. In 2017, after a year-long closure, the Blanton Museum of Art in Austin reopened with a reinstallation of its permanent collection titled, You Belong Here: Reimagining the Blanton, which focused on highlighting artworks by female artists and artists of color.

In 2019 the Museum of Modern Art presented a major reinstallation of its galleries that focused on stepping outside of the traditional chronological art historical approach, instead focusing on thematic installations and placing contemporary works alongside earlier modern pieces. That same year, the Amon Carter Museum of American Art in Fort Worth reopened with a thematic and art medium-focused reinstallation that also worked to highlight the problematic whitewashing of American history, particularly of the American West.

The MFAH’s galleries will include textiles, sculpture, decorative arts, books, works on paper, and paintings, and will provide context about the functionality of and relationship between these various cultural objects. Additionally, three of the eleven galleries will explore the relationships between European art and art of the Americas that came about through Spanish exploration and colonization.

Recent acquisitions that will be on view include (descriptions courtesy the MFAH): 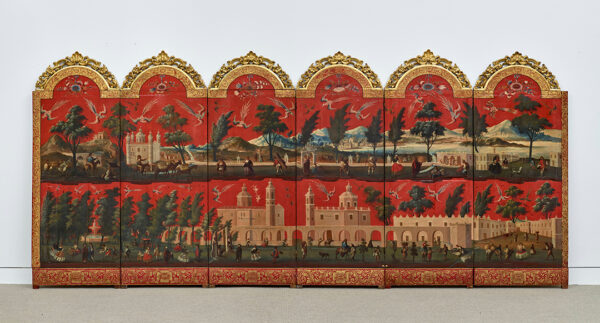 A recently acquired, rare, 18th-century lacquered folding screen, or biombo, from Mexico. A view of Mexico City, the screen’s detailed panorama captures the diversity and cosmopolitanism of the capital, depicting architectural monuments and European and indigenous citizens from varied social strata. The 12-panel biombo is modeled on the Japanese folding screen, introduced to this area of New Spain through trading routes in the early 17th century. 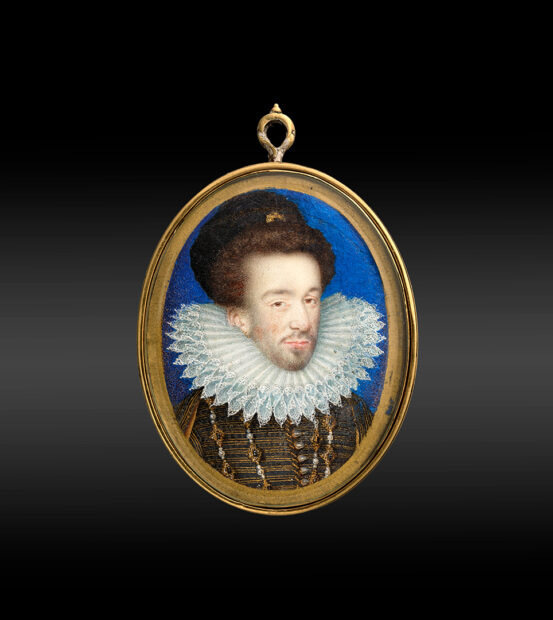 A singular portrait miniature of Henri III, King of France, by the renowned 16th-century court artist Jean de Court, another recent acquisition. Dated 1578, the piece was discovered in 2020 in an online regional auction by a U.K. art dealer. It is believed to be the only artwork still in existence bearing de Court’s signature. 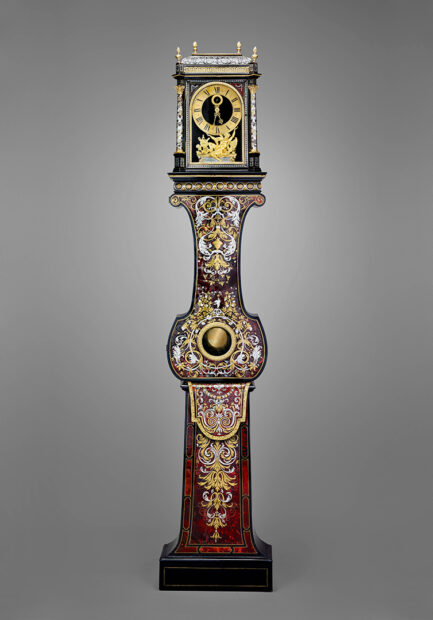 Loans which will be on view include (descriptions courtesy the MFAH):

Two Florentine Renaissance objects on loan from private collections. One, newly discovered and never before seen in the U.S., is a glazed-terracotta tondo ̧ or round relief, by Andrea della Robbia, The Madonna in Adoration of the Christ Child Surrounded by Angels, with God the Father (1470-75). The second is an exceptionally rare painted-terracotta bust of Christ (c. 1480-83) by the sculptor and mentor of Leonardo da Vinci, Andrea del Verrocchio. The bust is the exact likeness of Verrocchio’s famous Christ from the façade of the church of Orsanmichele in Florence, where the figure is paired with Saint Thomas, which was created during the same period.

Nine paintings from the collection of Carl and Marilynn Thoma are the centerpiece of a gallery for 18th-century paintings produced in South America during Spanish colonial rule.