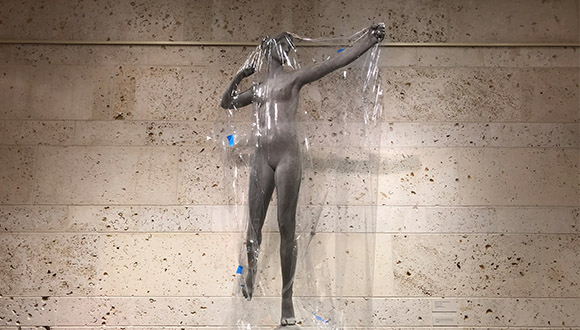 My earliest memory of visiting the Amon Carter Museum of American Art was for the exhibition New York to Hollywood: The Photographs of Karl Struss, back in the spring of 1995. Since that show 25 years ago, the Amon Carter has gone through three major renovations to its façade and galleries. The newest changes closed the museum over the summer, and the public will get to see these changes first-hand beginning Saturday, September 14, when the museum reopens with a grand celebration beginning at 10 a.m., with daylong events including the Amon Carter’s annual Party on the Porch. 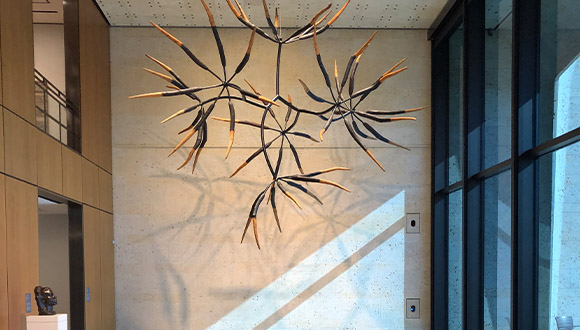 As reported in Glasstire last June, Andrew J. Walker, the Amon Carter’s Executive Director states: “We are entering the beginning of a historic period of change at the museum. Through the support of our community, we are able to change the way our visitors experience our collection and our iconic building. We are excited to reopen our doors this fall and introduce the new Carter to our community through fun events and great art.” 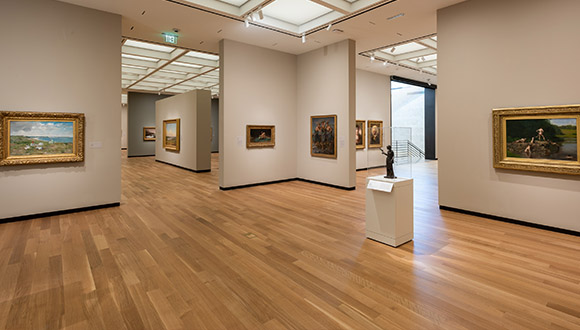 Some striking changes at the museum include how much lighter the spaces feel with the soft LED illumination, and how the new floors complement the increased brightness. 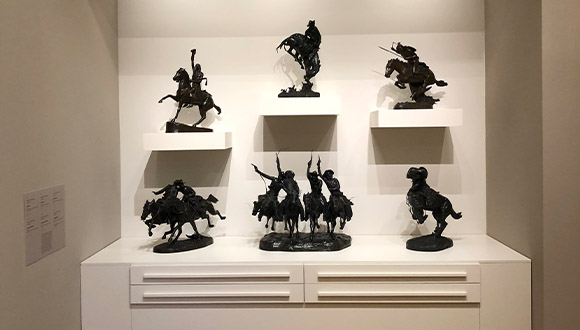 The Amon Carter’s treasured collection of Western bronze sculptures seem at home in their new space. 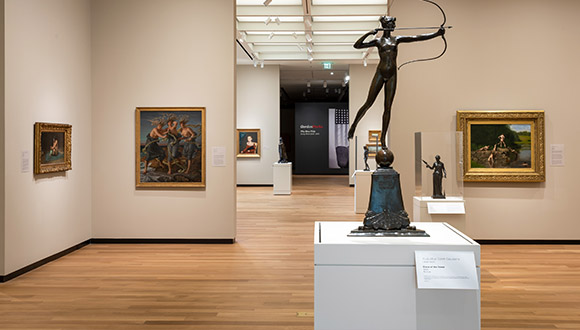 One of the newly renovated galleries at the Amon Carter Museum of American Art.

The hardwood flooring replaces carpeted walkways. The new lighting mimics daylight (for both aesthetic and archival purposes), and a modular wall system has been installed that allows for reconfiguration of the galleries to fit ever-changing exhibitions.

Some of the museum’s changes are behind the scenes, like the expanded photography vaults, to allow for decades of predicted growth and to preserve these acclaimed holdings with the latest advances in climate control.

The final touch is an integrated ramp system that increases accessibility to the front entrance and the grounds of the museum. 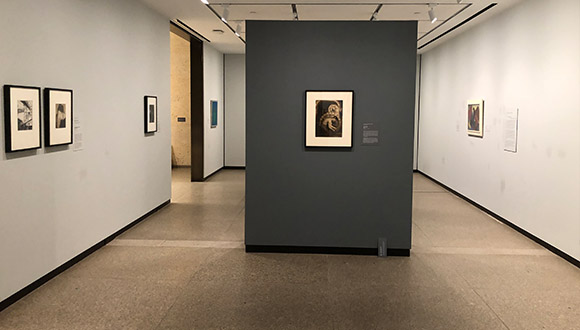 A downstairs gallery at the Amon Carter Museum, transformed

Says Brett Abbott, Director of Collections and Exhibitions: “While the physical transformation of our galleries has created an elegant stage for our collection, equally important are changes to the way the collection has been interpreted and installed. The hang aims to be elegant, dynamic and thought provoking, and as a result our artwork is singing in ways it has never done before.”

Included here are some of the before-and-after pictures, and additional changes at the Amon Carter: 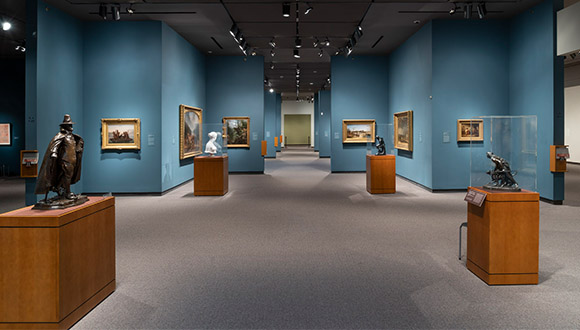 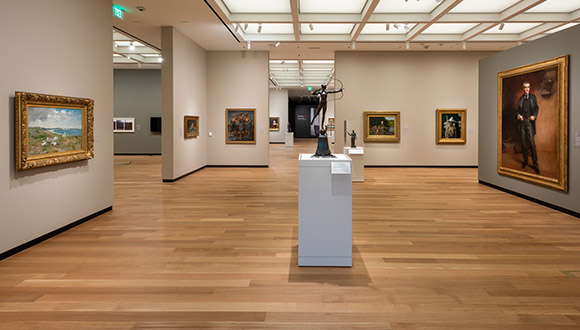 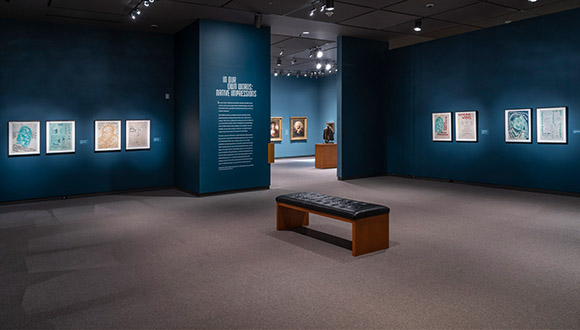 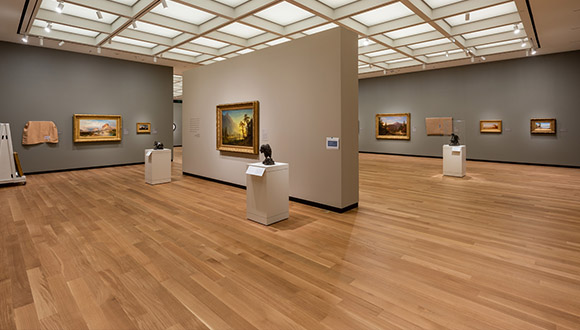 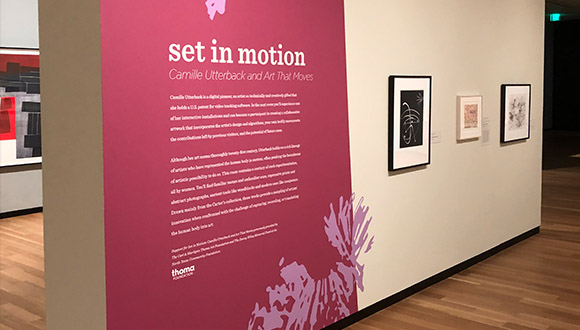 Camille Utterback, at the Amon Carter Museum of American Art 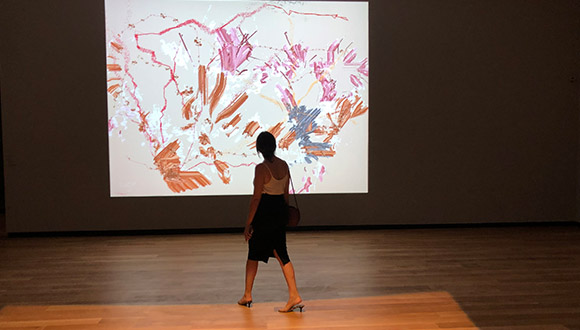 In addition to our permanent collection galleries, the museum has consolidated over 7,000 square feet of space for special exhibitions, giving the museum a new opportunities to host ambitious, large-scale traveling exhibitions like the nationally touring Gordon Parks: The New Tide, Early Work 1940–1950. Additional exhibitions in the new space include Set in Motion: Camille Utterback and Art That Moves, an interactive digital installation presented in conversation with works by prominent female artists drawn from the Carter’s collection and private collections. Puente Nuevo by Justin Favela, a site-specific commission by the Las Vegas-based artist, will be featured on the first floor. Finally, Seeing in Detail: Scott and Stuart Gentling’s Birds of Texas, featuring the collaborative watercolor series of Texas birds by these beloved Fort Worth artists, inaugurates a new regularly rotating gallery devoted to displaying works on paper from our permanent collection.

For more on the changes at the Amon Carter Museum and upcoming program and events,  please go here.