Michelle and Barack Obama Portraits Come to the Museum of Fine Arts, Houston this Spring 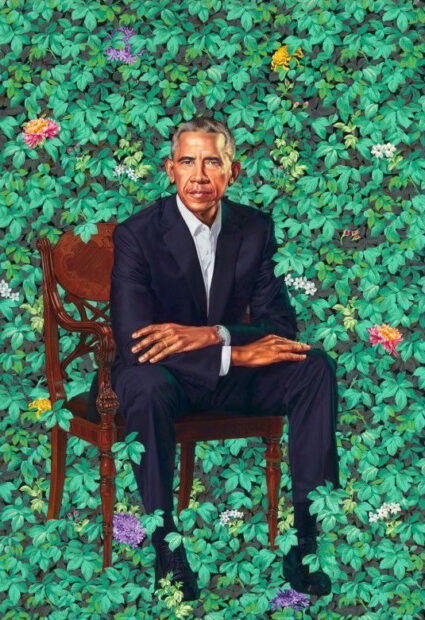 The iconic portraits of President Barack Obama and First Lady Michelle Obama have been touring the United States since June 2021. Starting in Chicago, a city in which the Obamas have deep and significant roots, the portraits have been to New York, Los Angeles, and Atlanta. They will be ending their U.S. tour at the Museum of Fine Arts, Houston (MFAH) in April, before heading back to their home at the Smithsonian’s National Portrait Gallery in Washington D.C.

The Obama portraits are significant for many reasons. Gary Tinterow, Director and Margaret Alkek Williams Chair, at the MFAH remarked in a statement, “Not only do these iconic portraits feature history-making subjects, but they were created by groundbreaking artists.” The National Portrait Gallery worked with the White House curatorial staff and considered the Obama’s interest in modern and contemporary art when choosing Amy Sherald and Kehinde Wiley to paint the portraits of Ms. and Mr. Obama, respectively.

Ms. Sherald and Mr. Wiley were the first African American artists commissioned to create official portraits of a U.S. President and First Lady. And, aside from Elaine de Kooning’s portrait of John F. Kennedy and Chuck Close’s portrait of Bill Clinton, the works are markedly different in style from all past presidential portraits in the Portrait Gallery. Most of the works are traditional in setting and style, featuring men wearing black suits who stand or sit in stately poses. 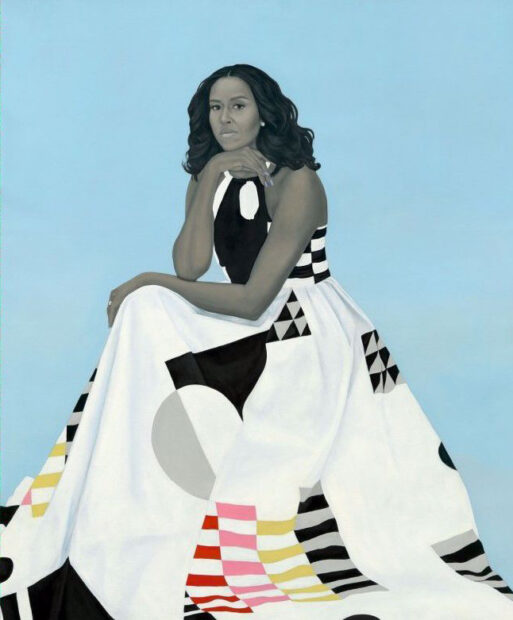 In a video released by the National Portrait Gallery, Taína Caragol, Curator of Painting and Sculpture, Latinx Art and History, talked about the two paintings: “Amy Sherald and Kehinde Wiley are artists who are firmly rooted in portraiture, but they tweak that tradition. And this is what’s fascinating about these portraits, that they stand not only as documents of the historical presence of the Obamas, but also as contemporary works of art. There is an artistic vision that is expressed through them. And that artistic vision has very much to do with the commitment of Kehinde Wiley and of Amy Sherald to create a space for people of color.”

MFAH visitors can see the portraits in a show that is included in the cost of general admission to the museum from April 3 through May 30, 2022. The exhibition will include audio-visual elements and educational programs. The Obama Portraits, an illustrated book, will also be available in the MFA Shop.