by Jessica Fuentes May 5, 2022
FacebookTwitterEmail

At the end of 2021, Peter Briggs retired from his longtime position as the Helen DeVitt Jones Curator of Art at the Museum of Texas Tech University (TTU). 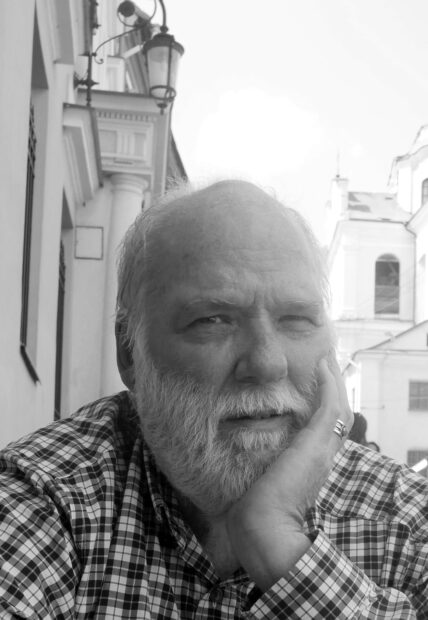 During his seventeen and a half years at TTU, Dr. Briggs created the Artist Printmaker/Photographer Research Collection (AP/RC), a collection of works on paper which helped grow the collection from 3,500 pieces to approximately 25,000 pieces. He was a Fulbright Scholar for the academic year of 2008-2009 and taught in Europe as part of his project. In 2019 he was awarded a $50,000 grant from the Andy Warhol Foundation for the Visual Arts to support his research for the exhibition Down in the Dirt: Terry Allen’s Graphic Art, which is currently on view at the Museum of TTU.

Dr. Briggs earned his BA in Art History from Northern Illinois University, MA in Art History from the University of Kentucky, and PhD in Indigenous Art from the University of New Mexico (which was one of only two programs in the United States at the time with a focus on Indigenous Art). As a graduate student participating in a work-study program with the university’s Maxwell Museum of Anthropology, Dr. Briggs found his passion for working with objects and detail-oriented work like record keeping and cataloging.

Dr. Briggs worked at university-based museums for his entire career. After leaving New Mexico, he went on to the Nora Eccles Harrison Museum of Art at Utah State University, and then the University of Arizona Museum of Art before coming to Texas. Dr. Briggs told Glasstire that he was drawn to working in these institutions partly because of their smaller size, but also because of their focus on research over revenue-generating exhibitions.

After leaving the University of Arizona, Dr. Briggs was drawn to TTU because its museum is multidisciplinary. Though he oversaw the art division, the museum also has divisions devoted to anthropology, clothing and textiles, paleontology, and history. Inspired by the Center for Creative Photography and the Belger Collection in Kansas City, he also saw an opportunity to develop the collection in an innovative way. 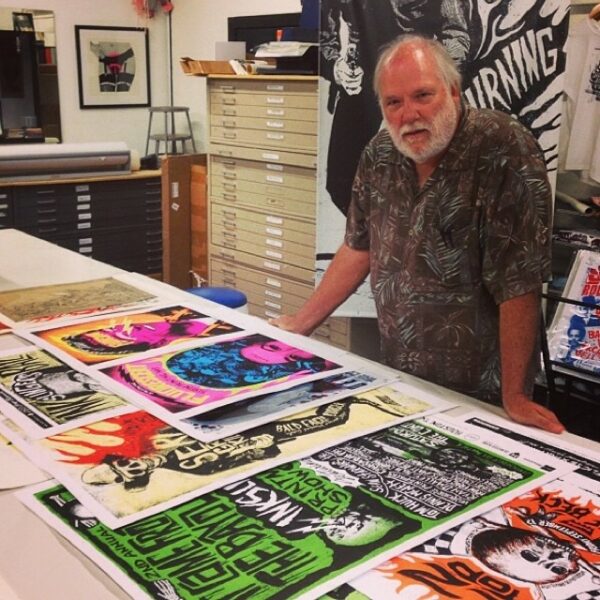 Rather than creating a “wide” collection with one work of art by many artists, he aimed to create a “deep” collection, with many works by a smaller set of artists. This approach made sense for a research institution because it would allow students and scholars to investigate multiple works by a singular artist to better understand their process and progression over time. And, Dr. Briggs found that he could stretch his budget further by focusing on accessioning works on paper. TTU’s collection currently has about 25,000 works by 2,100 artists.

Part of Dr. Briggs’ notion of collecting in this way was to provide opportunities for future scholars to have a wide breadth of works to look at and potentially discover or note something that is unclear to us about an artist in the present moment. Dr. Briggs helped explain this by referring to a quote he heard on NPR, in a story about Kurt Besnischke, who founded Center for Reproduction of Endangered Species at the San Diego Zoo.

Dr. Briggs recalled, “He collected frozen cells but had no specific notion how that might be useful in the future…but had an inkling that these collections might be of relevance. Of course, with the later development of genetic engineering and the elimination of some species (the NPR show was about the White Rhino…only two left on Earth), he was prescient. This quote (by Daniel Boorstin), according to the radio program, graced his office: ‘You must collect things for reasons you don’t yet understand.’”

Another shift that TTU allowed in Dr. Briggs’ own curatorial practice was a reduction in shows — he went from organizing as many as 20 exhibitions a year to just 2-3. This allowed him time to develop the collection and make decisions that would have a long-term impact rather than focusing on temporary exhibitions that may be forgotten in time.

At 75-years-old, Dr. Briggs still found retiring a difficult decision. He continues to work part-time for the museum contacting artists, developing the collection, and curating the opening exhibition of a new wing. In his spare time he is working on two books, one about 21st century printmaking in Texas, and the other about Terry Allen’s prints. He’s also supporting his wife, Alice Leora Briggs, in her artistic career.

When asked what his hopes are for the Museum at TTU’s future, Dr. Briggs simply stated, “That whoever comes in next has the support and freedom that I had.”

Face to Face: A Look at Self Portraits...

Oh, have a happy retirement! Thank you Peter Briggs for the work you’ve done at the museum, the access for artists and students to the print collection was a highlight of my time in Lubbock. I cherish any writing advice you gave, too. Congrats, and enjoy!

Jessica, I am flattered by your attention to what I might have contributed to the visual arts in Texas and Lubbock. Thank you. Just one small correction that I would like to make for your readers. “Down in the Dirt,” the first comprehensive exhibition of Terry Allen’s graphic art, did not close in March. The Museum at Texas Tech University extended the show and it is still up through May and maybe longer. So, there is still a chance to see this exhibition of Terry’s work.

Congratulations Peter and now that you are retiring, be prepared to working harder. My best to you and Alice. Come by an visit. gaspar