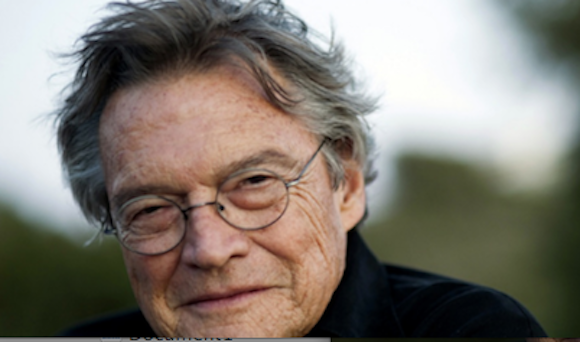 There have been many musicians who have come out of art school (the Beatles, the Talking Heads and many, many more), but it also works the other way around and, sometimes, simultaneously. Terry Allen graduated from Chouinard Art Institute in Los Angeles and has been making art and music since 1966.

Next week (February 18, 7-9pm), Lubbock’s Texas Tech University will present Terry Allen at Allen Theatre with a retrospective performance and discussion. The legendary artist/musician will be joined by many of those who played on the original recording in 1978 of the critically acclaimed double-LP recording of Lubbock (On Everything). Jo Harvey Allen will moderate and provide commentary, along with several important musical guests.

[Writer’s note: A few years ago, I was in Orvieto, Italy, when my niece wanted to stop in a restaurant down a side alley. The walls were covered in album art and, when we asked about it, the owner told us that the albums belonged to his brother who spoke no English. The brother eventually came out to meet us and we figured out that he was asking us where we were from. When we replied, “Texas,” he answered, “Texas!!?? Lewbbbbbock! Teeerrrrrry Allllllen!!!!]