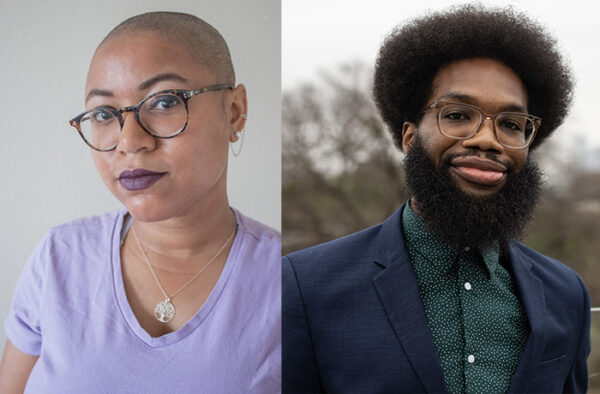 Austin non-profit Big Medium has announced that Ariel René Jackson, in collaboration with Michael J. Love, has won the 4th annual Tito’s Prize. The prize, supported by Austin-based Tito’s Handmade Vodka, awards a $15,000 prize as well as a solo exhibition at Big Medium’s gallery space. The exhibition this year will open Friday, October 23, 2021, with an in-person reception, and run through January 8, 2022.

The Tito’s Prize is awarded to artists with the goal of facilitating “a new step” in their career. First announced in 2016 and implemented the following year, the Tito’s Prize has previously been awarded to Zack Ingram (2017), Steve Parker (2018), and Betelhem Makonnen (2019-2020).

States Jackson and Love: “The Tito’s Prize enables us to realize our collaborative potential on a larger scale by having phase one of our three-part project called We are the [Hackers], Baby, [Hackers] are we funded and produced in the Big Medium gallery space. We are excited to begin expanding the scale of our practice with a multi-channel film/video installation and character-driven performances.” 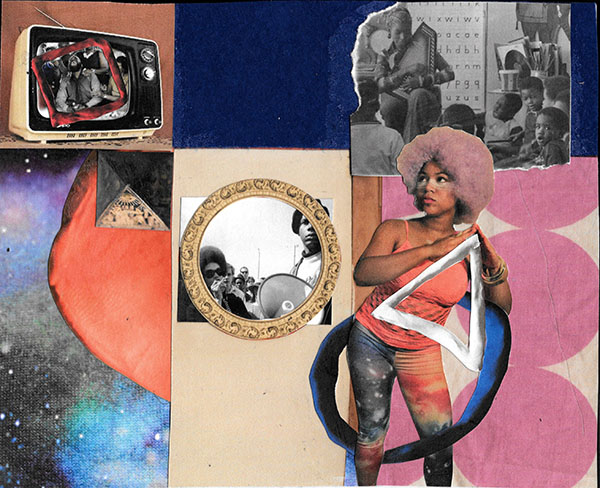 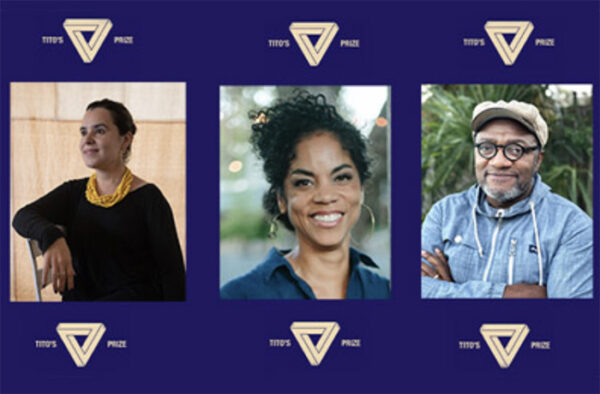 “Over the last four years, we have had the absolute honor of engaging with and supporting Austin’s artists through the Tito’s Prize,” says Zack Flores, National Philanthropic Programs Manager at Tito’s Handmade Vodka. “Austin’s creative community is what makes Austin, Austin and in working with Big Medium, we are able to facilitate opportunities for Austin creatives to produce and showcase their talent to the public.”

Writes Trevino in an email to Glasstire: “We are thrilled to be part of Jackson & Love’s journey. Their proposal was outstanding and we cannot wait to see their series come to reality. They both excel in their fields and what they will bring to the table when joining forces is beyond exciting, especially when bringing it to the Big Medium gallery!”

Ariel René Jackson (b. 1991) is a Black film-based artist whose practice considers land and landscape as sites of internal representation. Themes of transformation are embedded in their interest and application of repurposed imagery and objects, video, sound, and performance. Exploring how culture is inherited, Jackson modifies familial and antique farming, household, and educational tools and furniture, hacking each object’s purpose and meaning with nature-based material and weather based icons. They were born in Louisiana and raised there with their maternal family who descend from generations of farmers. Jackson currently lives and works in Austin, TX where they teach Expanded Media I at The University of Texas at Austin (Alum ’19). Jackson is an alum of the Skowhegan School of Painting and Sculpture (2019), Royal College of Art Exchange Program (2018), and The Cooper Union (2013). Their work has been shown nationally at various galleries and institutions such as the Dallas Contemporary (2021); Jacob Lawrence Gallery, Seattle (2021); Contemporary Art Center, New Orleans (2018); Depaul Art Museum, Chicago (2018); Rhode Island School of Design Museum (2017); and Studio Museum in Harlem (2016).

Michael J. Love (b. 1987) is an interdisciplinary tap dance artist, scholar, and educator. He was recently announced as a 2021-2023 Princeton University Arts Fellow. His embodied research intermixes Black queer feminist theory and aesthetics with a rigorous practice that critically engages the Black cultural past as it imagines Black futurity. In Austin, his work has been supported and presented by Fusebox Festival, ARCOS Dance, Ground Floor Theatre, and The Cohen New Works Festival. He has received an Austin Critics’ Table Award and has been nominated for a B. Iden Payne Award. Love has also collaborated with film-based artist Ariel René Jackson on video and performance projects which have been featured in or programmed by The New York Times Style Magazine’s #TBlackArtBlackLife series, the New Museum and CUE Art Foundation in New York, the Galleries at the University of Northern Colorado, and the Jacob Lawrence Gallery at the University of Washington. Love’s performance credits include the Broadway laboratory for Savion Glover and George C. Wolfe’s “Shuffle Along” and roles in works by Baakari Wilder. Love holds an M.F.A. in Performance as Public Practice from The University of Texas at Austin and is an alumnus of Emerson College.

Tito’s Handmade Vodka is dedicated to supporting artists who live and work in Austin. Big Medium is honored to work with Tito’s to elevate artists in our community through this truly transformative prize for the fourth year in a row.