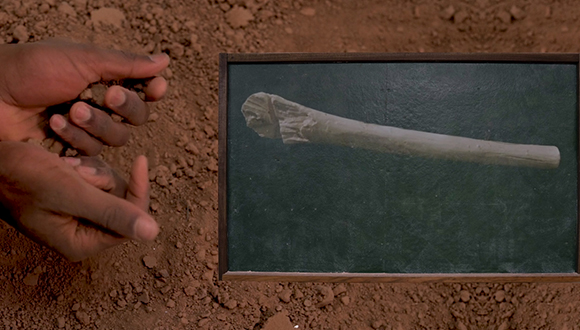 South by Southwest (SXSW), Austin’s multimedia conference and festival, has announced the participants for its 2020 Art Program. Nine installations, featuring international experiential and conceptual visual art that employs emerging technologies and immersive environments, will be on view March 13-22.

Virtual Cinema, which uses technology as a vehicle for exploring  the human spirit, technology and environment, will be presented by The Lego Group. Among the other installations selected are 50 Moments, presented by artists Celine Held and  Logan George, along with engineers Rebecca Skurnik and Azalea Vaseghi.

50 Moments will give voice to the marginalized. Five interactive screens will show 50 short videos from individuals experiencing homelessness in New York City, recorded between 2015-2018. The stories are mined from hours of conversation, allowing viewers to listen; they can choose their experiences via phone and Moments‘ interactive website.

Other installations in the program are listed below (all info via SXSW):

The nation’s first innovative digital art space dedicated to showcasing experiential and technology driven works by artists who are forerunners of the new age in the arts and technology. A compilation of engaging, extraordinary installations that combine creativity, artistic vision and cutting edge R&D. Imagine different possible futures — at the intersection of computation and design, for the interaction between humans and computers, where the boundaries between the visible and invisible are broken down, using expressive augmented reality.

The Data Garden reimagines the cloud by storing data nature’s way – in the DNA of plants, working in collaboration with nature to alleviate the threat of Data-Warming.

Legacy is an original, site-specific, animated AR drawing in 360° that addresses gentrification and climate change in Austin. Each brushstroke and color is inspired by either a local natural element or “unnatural” development. As the drawing increasingly twists, breaks apart, and coalesces, it transitions from organic tree-like marks to inorganic glass and mirror fragments. Legacy will be geo-located across from the Austin Convention Center in Brush Square park where it will hover above the treetops.

Experience an original Edvard Munch painting at the Scandinavian House of SXSW! Titled Man and Woman, the artwork invites visitors to explore and reflect Munch’s universe, his ideas of the sexes and our existential relation to nature. Learn more about Munch and the picture in one of our daily popup presentations. Lasting ten minutes, it will give you a concise yet rich introduction into one of the pioneers of modern art.

NEW INC, the New Museum’s cultural incubator based in New York, presents Secret Garden, an immersive storytelling installation that combines audio vignettes told by black women with dynamic, responsive visual feedback. The work is experienced as a non-linear episodic narrative of a multi-generational past, present, and future simultaneously. Conceived by artist Stephanie Dinkins, Secret Garden is inspired by autobiographical, ancestral, and futuristic experiences that highlight black female consciousness throughout history.

A stone circle for the 21st Century inviting users in to worship at the altar of Dataism with the gods of Silicon Valley. Acquire the power of a tech giant; learn the secrets of ‘black box’ technologies; and explore the ethical and moral impacts of surveillance capitalism on privacy, trust, truth, and democracy. 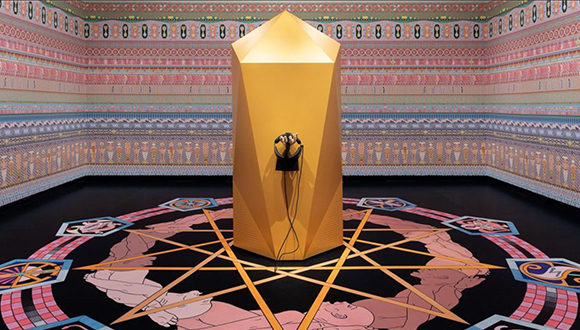 A virtual reality journey in five parts; journey through an arcane world of alien architecture and cryptic symbols, illustrated over several years through drawings by Jess Johnson, animated by Simon Ward, and enriched with soundtracks by composer Andrew Clarke.

The Future Is A Constant Wake (2019) centers soil as tools to access knowledge from the past for the future. Ariel René Jackson collaborates with Michael J. Love to propose a somatic way of forging a connection with the past through touch and movement.

The Fair Grounds: Bumper Car Ballet playfully tackles the social implications of emerging autonomous technology. Visitors become a subject to the cars and experience first hand what it means to lose control when a computer takes over.