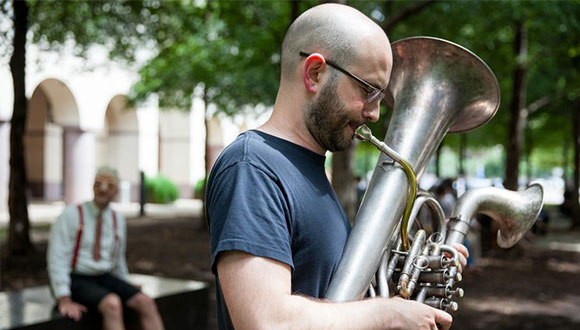 Big Medium in Austin has named Steve Parker the winner of its second annual Tito’s Prize award. The Austin-based musician, artist, and curator has been quite active on the scene over the past couple years: he was a participant in the Contemporary Austin’s 2017 Crit Group program and exhibition, composed an interactive sound walk around the city for the 2018 Fusebox Festival, and was asked to produce a public art piece for Austin Art in Public Places. He’s also created ad hoc musical instruments out of car horns, recycled pipes, bicycles, and drones. Additionally, Parker is the founder and curator of the Blanton Museum of Art’s SoundSpace music series. 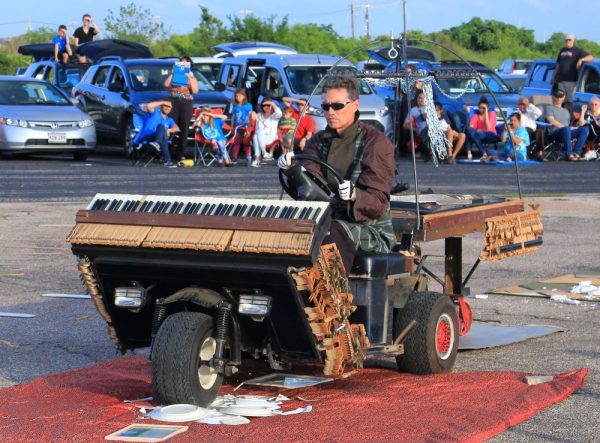 As winner of the second annual Tito’s Prize, Parker will receive a $15,000 award and a solo show at Big Medium that will be on view during the East Austin Studio tour. Parker commented on how the award will help his practice:

“I’m immensely honored and grateful to Tito’s and Big Medium for this opportunity. It’s hard to describe how momentous this award will be for my practice. In the short term, it will provide me with the space, financial support, feedback, and platform to develop and refine a new gallery-oriented body of work. Looking forward, I am hopeful this opportunity will help me to wrestle with some fundamental questions in my own work, and in turn, equip me to make a positive, long term impact to some of our city’s most pressing artistic, cultural, and social issues.”

The Tito’s Prize is awarded by Big Medium in collaboration with Tito’s Handmade Vodka, which is based in Austin. Parker was chosen for this year’s prize by a three-person panel that included Andrea Mellard, Director of Public Programs & Community Engagement at The Contemporary Austin; artist Dennis Nance, who is Galveston Arts Center’s Curator; and Veronica Roberts, Curator of Modern and Contemporary Art at the Blanton Museum of Art.