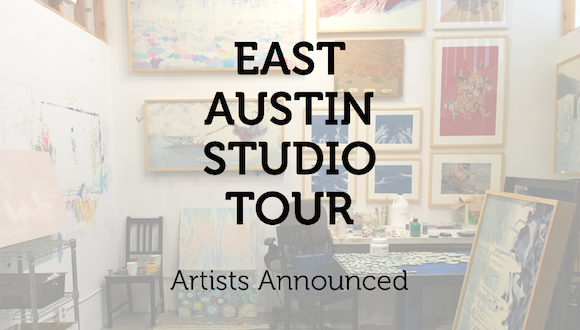 Big Medium has officially released a list of artists participating in the 2017 East Austin Studio Tour. Now in its 16th installment, EAST is free and open to the public and will take place over the weekends of  November 11-12 and 18-19, 2017. In advance of last year’s tour, Shea Little, Director of Big Medium and co-founder of EAST told Glasstire:

“The Austin art scene has really developed over the years, and the tour is not only a reflection but a driving force of that growth. The expansion of the tour is impressive, but the evolution of the artists involved is what really excites us about EAST.”

To see a list of the more than 500 artists studios, exhibitions, special projects, and events included in EAST, go here.