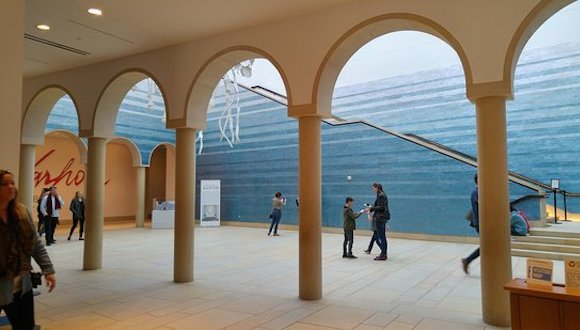 This past summer Austin’s Blanton Museum of Art announced that it was launching a new residency offering emerging artists the opportunity to create a sound-based artwork to be featured in the museum’s January 2018 SoundSpace performance. (Now in its seventh season, SoundSpace is a hybrid art series founded and curated by Steve Parker, who is its artistic director as well.)

Today the Blanton announced that its first artist resident for the program is Sarah Mendelsohn, a California-based artist. Mendelsohn was chosen by three judges: the above-mentioned Steve Parker, independent curator Annette Carlozzi, and Manager of Public Programs at the Blanton, Adam Bennett.

Via the Blanton: “According to Mendelsohn, the project will explore the relationship between security and insecurity. ‘I am exploring the implications that surveillance and security systems have on listening — the differences between being listened to and being heard. I am excited about this collaboration with the Blanton Museum of Art, and with the museum’s security staff, as an opportunity to elaborate on the politics of listening closely.'”

Mendelsohn “will receive a $1000 honorarium, the opportunity to host a public workshop, and documentation of their new work. On January, 28, 2018, Mendelsohn will present their sound-based work during the SoundSpace performance at the Blanton.”

Sound artist residents, this sounds different and cool and the subject is also very interesting. It would be nice to see the art work emerging out of this collaboration.