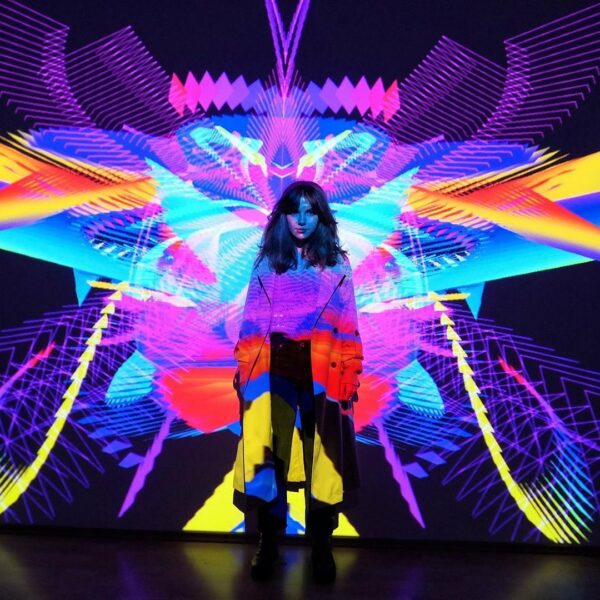 From Meow Wolf‘s permanent installation in Santa Fe to Color Factory in Houston, and the Sweet Tooth Hotel in Dallas, the number of interactive and immersive amusement spaces featuring art installations has increased in recent years. Some museums shows, such as the Dallas Museum of Art’s Speechless, lean into trend. Beginning Friday, October 2, San Antonio’s Hopscotch joins the fray with the debut of 14 works from 40-plus artists from San Antonio and around the world.

The 20,000 square-foot space in Travis Park Plaza’s Building at 711 Navarro Street will offer complimentary three-hour validated parking, and as with most businesses open right now, all guests will be required to wear a face mask covering the mouth and nose while visiting the new venue. 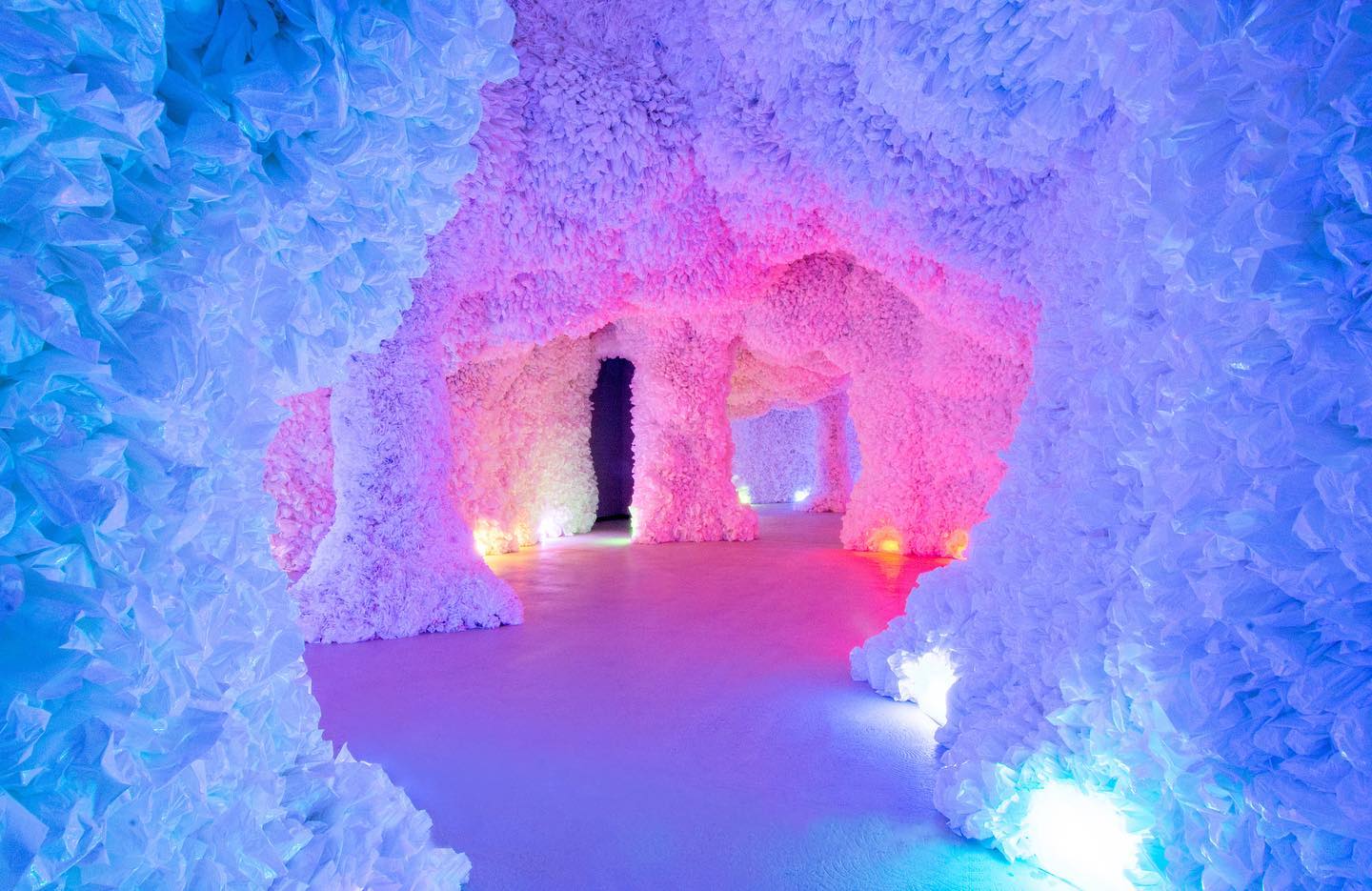 Some of the installations, such as Symbiosis, from Moscow-based Kuflex,  and Brooklyn’s Basia Goszczynska‘s Rainbow Cave, will feature multicolored LED lights. Goszczynska’s cave takes inspiration from Plato’s cave allegory, which references the rainbow at the end of the Biblical flood, and is made in part from 40,000 plastic bags, which Goszczynska says is the amount of bags used in Texas every 2.5 minutes.

Other installations will include Color Therapy, from Austin’s Polis, and Walls Within, from the San Antonio Street Art Initiative. For that installation, the group has partnered with Hopscotch to create works indoors that reflect on life in San Antonio. Artists featured will be Los Otros, Eva Sanchez, Ana Hernandez, Scotch Willington, Matt Tumlison and James Supa Medrano. 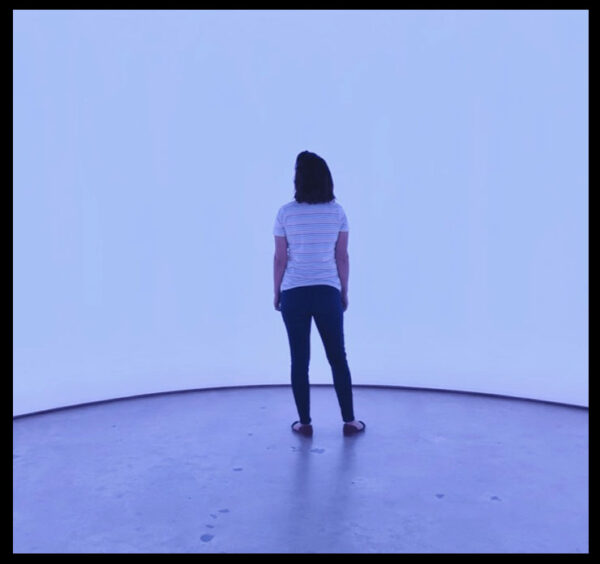 According to Hopscotch, the complete list of installations will be announced later. General admission tickets are $23, with discounts for students, seniors, and others. To purchase tickets, please go here.

For more about Hopscotch, please visit its website here.

Join Glasstire at the DMA For a Live...

Reforms and Echoes: Recent Exhibitions and Events in...