Christina Rees and Brandon Zech are joined by artist Emily Link to run down this week’s top art events, and to chat about what it takes to run a successful artist-run space.

“People think that it’s glamorous and it’s not always glamorous.”

Testing, Próbando celebrates BOX 13’s new (bilingual) website and the invisible labor that goes into running an art space and an artist’s studio practice. BOX 13 ArtSpace is run by member artists, each of whom take on different roles to keep the gallery and studio spaces running. Just as a new website needs to be proofed and tested, this trial stage is paralleled in our art practices. The private spaces of this building are constantly home to work that is in-progress or “under test.” This group exhibition brings some of these outliers from the studios of BOX 13 Member Artists into the public eye, including work by: Nohelia Vargas Bolivar, Melinda Laszczynski, Caroline Roberts, Alberto Careaga, Farima Fooladi, John Forse, Alexander Squier, Alex Lesser, Jennifer Pulido, Nicolle LaMere, Daniella Koontz, Violette Bule, Claire Chauvin, Emily Link, Jessica Kreutter, Patrick Turk, Venessa Monokian, Emma Balder, and Sandra de la Rosa. 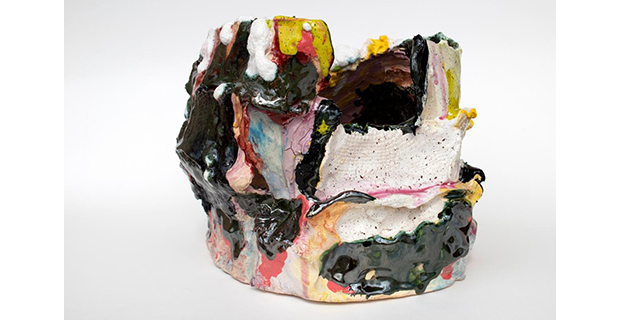 Melinda Laszczynski is partial to shiny stuff, bright colors, and absurd things from the dollar store. Most recently, she has been painting on found lenticular prints in which the image changes as the viewer moves around the painting, or reflective glitter film. Materials are added to be simultaneously attractive and off-putting to create tension and contradiction. Thick acrylic, glitter, or collaged paint skins are built up on and around the painting surface. Laszyznski thinks of these paintings as portals; tactile spaces that shift. Her paintings often become figurative by referencing the body or reflecting the viewer into the surface. 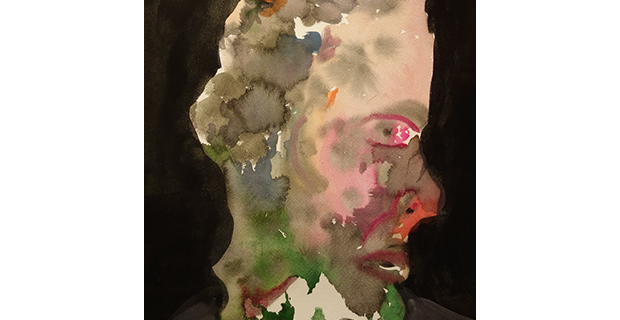 These paintings are about the weirdness of human bodies and the experience of passing time. The final process of this work involves documentation of its creation via Instagram. At a certain moment, Phipps began to ask himself whether Instagram was beginning to affect his process. Was the positive (or otherwise) reinforcement beginning to change his work away from any idea of a “pure” intent? So, relating all this to social media and late high capitalism as he has, Phipps is asking, “when is enough?” And, “am I good enough?” If these questions make you uncomfortable, they should, because they make him uncomfortable; and isn’t that what art is supposed to do? 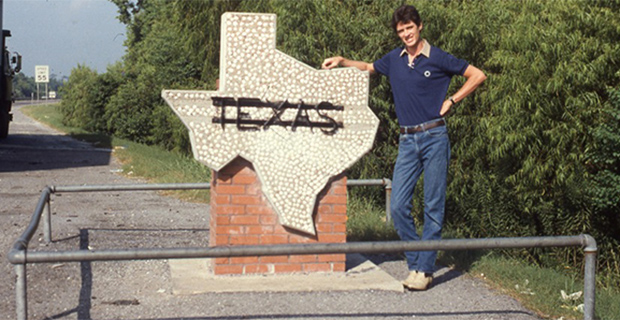 The public is invited to join in the celebration of the life and art of Michael Galbreth in Houston this Saturday, January 25, from 2-6 pm. Galbreth passed away in Houston on October 19, 2019.

The event, which is free and open to the public, takes place at the Art Guys’ studio in north Houston. 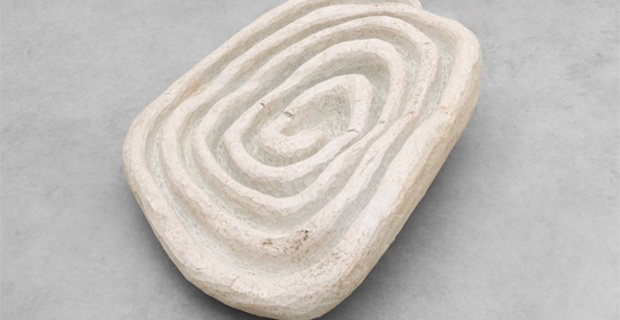 The first solo museum exhibition in the United States of noted Brazilian artist Solange Pessoa in the fall of 2019. Pessoa has built a significant and internationally recognized body of work over three decades, which spans the mediums of painting, drawing, installation, sculpture, and video. The exhibition will include new work that responds to the cultural and natural landscape in West Texas, alongside important existing pieces made in Minas Gerais, Brazil, where the artist lives and works. 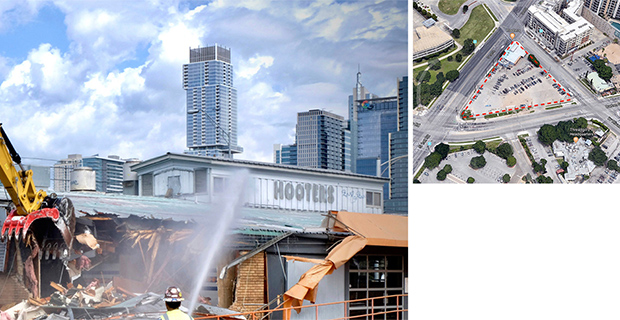 HOT ZEN ISLAND exists somewhere between spa, Japanese rock garden, and destruction site. The  exhibition’s primary material, Hooter’s dust, was collected from the restaurant’s demolition site. The resulting sculptures and video take their cue from wellness centers, Western reimaginings of the East, and Hooters, once prominently located at the gateway to south Austin. HOT ZEN ISLAND is the result of considering a range of questions such as: what larger cultural shifts does the demolition of Hooters signify? Is obsolescence the format of progress? How does the self-care industry fit within a capitalist system? Does the term “Zen Garden,” coined by an American author,  speak more to modern ideas than the Japanese gardens it purports to describe? Similarly, has “Zen” been used so broadly as to become almost meaningless? Do we link materials and ideas to mysticism to make them sexier? What mythology have we attached to Hooters and will it be immediately forgotten? 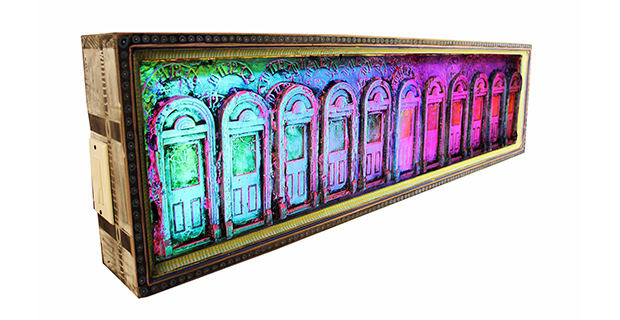 FL!GHT Gallery presents the work of seven artists working in the medium of Glass for an exhibition titled Optics. From
kiln-formed to cast glass, these artists are proficient at craftsmanship and process as well as storytelling. Aside from the title of the exhibition making connections to the material usage in the show, the content is dealing with subject matter that should make the viewer reflect on the nature of our news information and our daily consumption of objects.