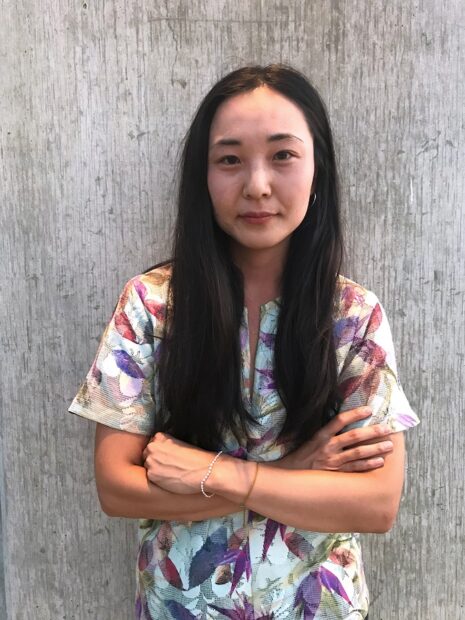 Ballroom Marfa recently announced the appointment of its new curator, Daisy Nam. Starting this August, Nam joins Ballroom from the Carpenter Center for the Visual Arts at Harvard University, where she served as the Assistant Director since 2015. In this role Nam organized exhibitions, publications, performances and public programs, working closely with artists to engage the campus community and public at large. She realized projects with Basma Alsharif, Martin Beck, Matt Keegan, Renée Green, Michelle Lopez, Will Rawls, and Kerry Tribe, among others. Previously, as the Assistant Director of Public Programs at the School of the Arts, Columbia University, Nam curated and produced seven seasons of talks, screenings, performances, and workshops by Charles Atlas, Tania Brugera, Nancy Holt, Ralph Lemon, Jill Magid, Isaac Julien, Allan Sekula, and Aki Sasamoto. Before her curatorial and programming roles, Nam worked at the Solomon R. Guggenheim Museum on fundraising initiatives. She was recently the Marcia Tucker Senior Research Fellow at the New Museum in New York City.

Nam will broaden the dynamic curatorial vision at Ballroom, alongside Programs Director Sarah Melendez and Curator-at-Large Laura Copelin. Of her new position, Nam states:“I have long admired Ballroom Marfa’s dedication and support of the most vital artistic voices of today. I’m thrilled and honored to now be part of the Ballroom team, and look forward to contributing to and expanding their work through artist commissions and exhibitions.”

Nam is presently organizing commissions for Ballroom Marfa’s courtyard scheduled for this fall, as well as working with Donna Huanca for a solo exhibition slated to open in June 2021. Alongside Laura Copelin, she will also help realize the production of Blessings of the Mystery, Ballroom Marfa’s upcoming exhibition with Carolina Caycedo and David de Rozas, opening at the end of January 2021.

Nam, who holds a master’s degree in Curatorial and Critical Studies from Columbia University and a bachelor’s degree in Art History and Cinema Studies from New York University, recently co-organized 20/20, a public program series “on hindsight, with themes on fertility, redress, channeling, and friendship.” Nam is also the co-editor for the forthcoming publication BEST! Letters from Asian Americans.

Ballroom Co-Founder and Artistic Director, Fairfax Dorn, states: “Ballroom is so pleased that Daisy Nam will join the talented team in Marfa. As a fearless cultural producer and brilliant collaborator, she has been a powerful conduit for so many artists to realize their visions. We are beyond thrilled to have Daisy’s important voice and perspective lead Ballroom’s visual arts program, and add to a rich dialogue with artists, performers, filmmakers, musicians and visionary thinkers of all kinds.”