“In a world where proving yourself is everything”… I present Similar but Different #27: Glitter!

“After its scheduled run, Meulensteen (formerly Max Protetch) took down their Oliver Herring show last week to the delight of neighboring gallerists. Many were complaining that Herring’s bags of glitter were the cause of stray glitter making their way into their spaces. “We’ve mopped twenty times” one gallerist complained, noting that it was also a conservation nightmare as the material was getting stuck on paintings. This prompted a story regaled by a friend in which a receptionist at D’Amelio Terras responded very nervously to her observation that the gallery had a significant amount of glitter on the floor. “Look, we’re aware of the glitter” she told the friend, “and we’re doing everything we possibly can.” I made mention of this ruffling of feathers over twitter recently, and had many a tweet returned with the sentiment that glitter is the herpes of the art world.” Via: Art Fag City. 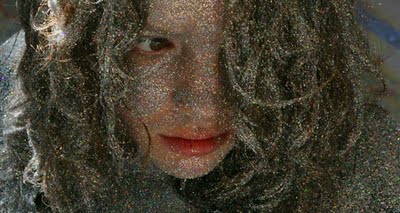 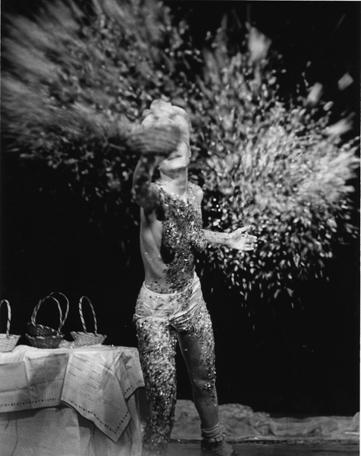 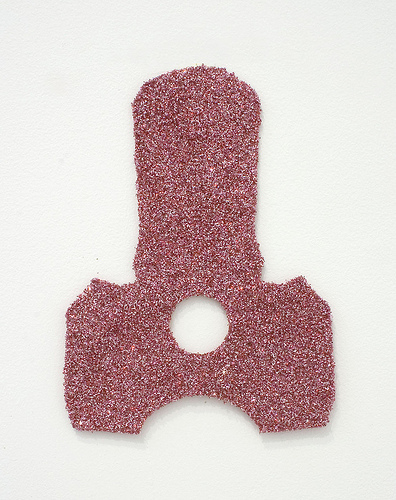 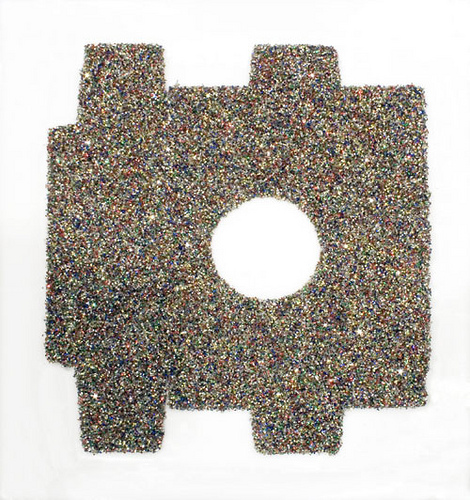 I worked at Lora Reynolds Gallery back in 2010 when  Tony Feher showed Pink Hole, an unfolded, glitter encrusted reincarnation of a three-dimensional French fry box. I loved it then and I love it still. 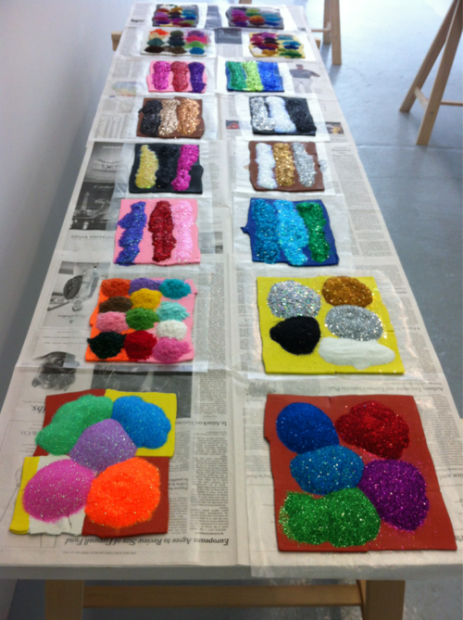 Polly Apfelbaum’s recent installation now on view at Hansel and Gretel Picture Garden in New York till April 28, 2012. From the press release:

“174 individual Revolts are fashioned of Plasticine rolled flat with glitter poured on top. Each is a delicate but fixed object created in Apfelbaum’s studio, and then transported to the gallery via truck. 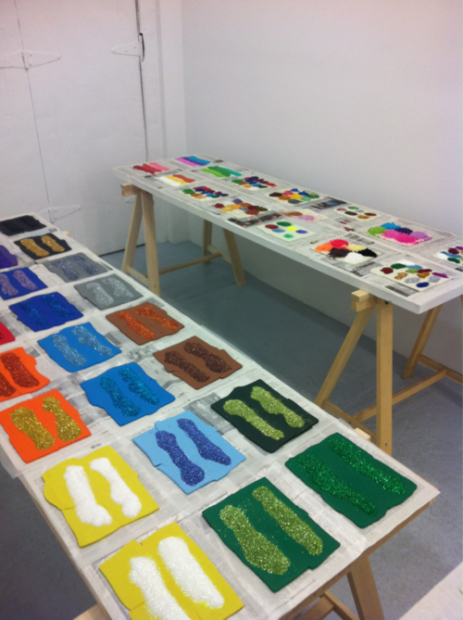 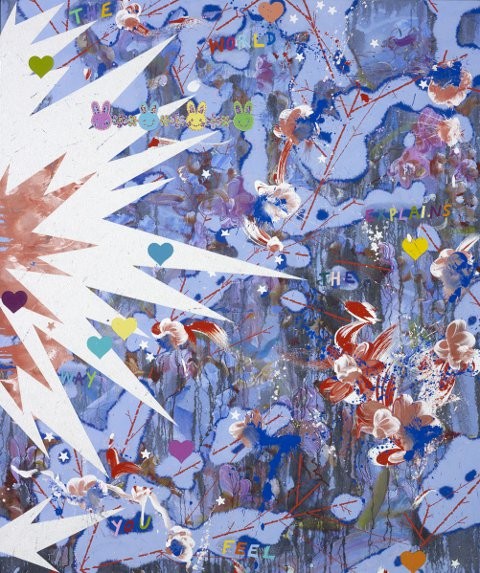 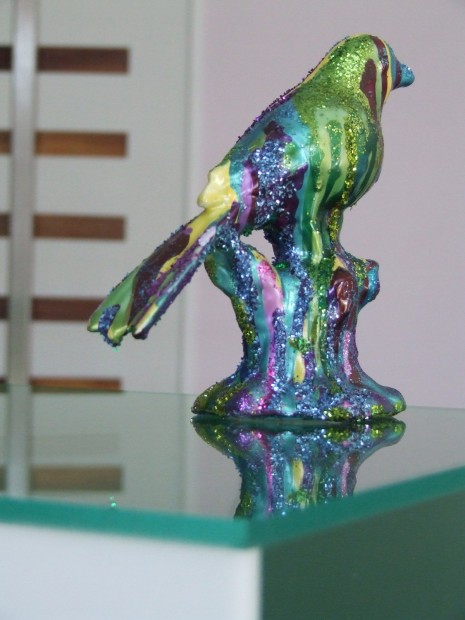 Thomas Feulmer. Detail from his show at Road Agent Gallery in Dallas 2008. 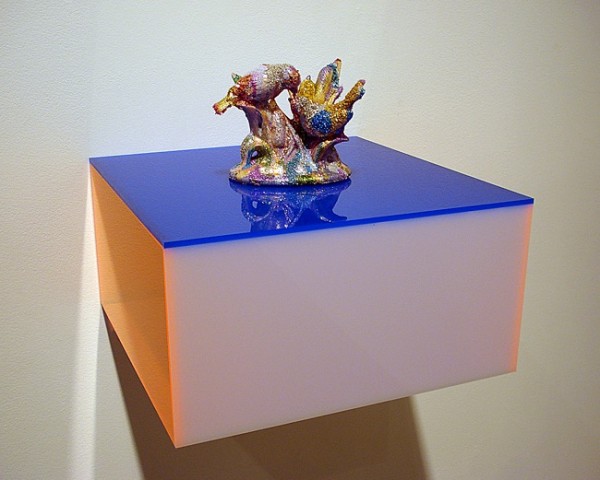 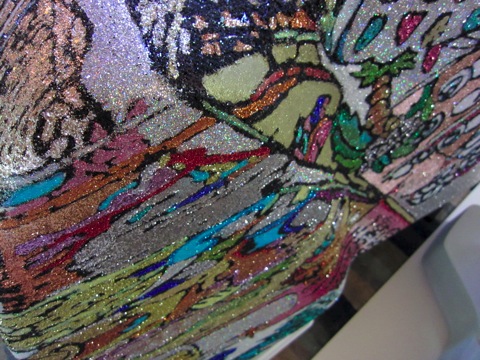 WE LIKE THE BOOM- detail. Fiberglass, glitter, mirror and laminate. 2010.

Collaborative team Clark and Webster, WE LIKE THE BOOM, made “an endless party celebrating an America of all glitter and no doom”.  Shown  in the Upstairs Gallery at 500X in Dallas it had two large floor sculptures resembling molars covered in glittered Pop Art imagery. 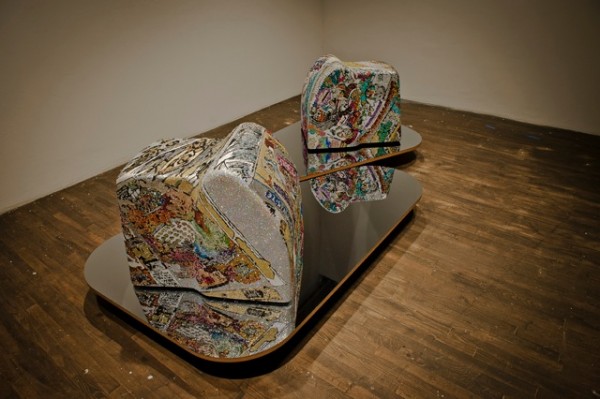 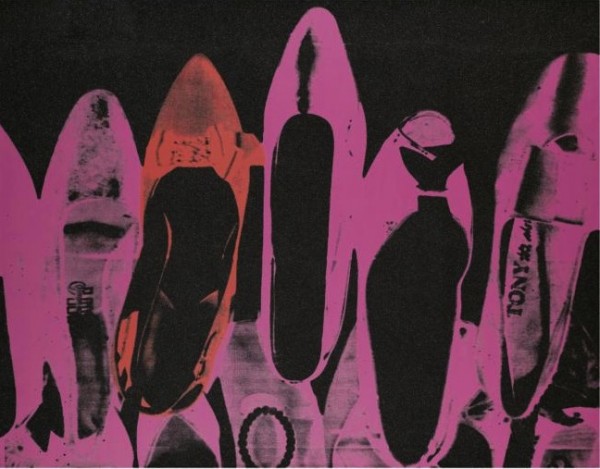 Coal dust actually but glittery none-the-less. Go see his amazing exhibition Glenn Ligon: America at the Modern Art Museum of Fort Worth. A mid-career retrospective of his work it was originally organized by the Whitney Museum of American Art and surveys 25 years of Ligon’s work. It is one of the most powerful exhibitions I’ve seen in a long time. 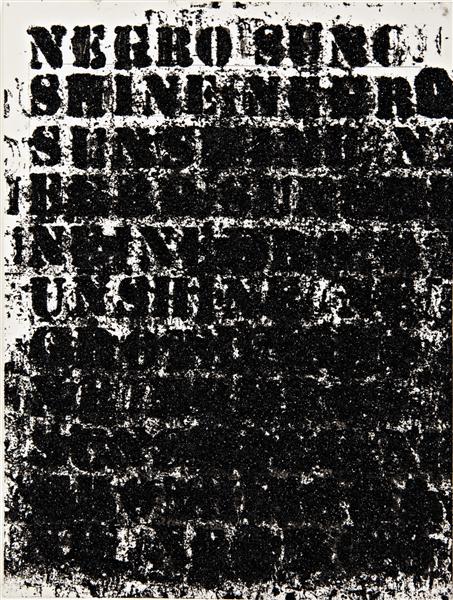 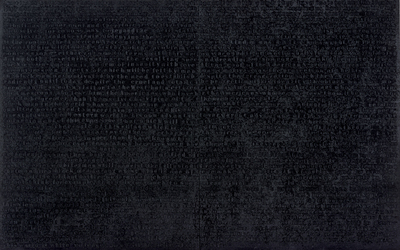 Finally may Dinah and I leave you with this important advice…
http://youtu.be/58IOGR4l-cI

As someone who does youth arts outreach with kids I would like to say that glitter is the herpes of the art world if you are an art teacher…. except that that herpes has no upside. Glitter is more like a siren. It blinds you in with its beautiful sparkles and its promises of excitement and then two of your 1st graders dip their hand in the glitter bowl and rub it on their entire face and head. Glitter gets in your eye.

Margaret–this is great! I’ve been known to glitter a thing or two…it’s insidious! 🙂