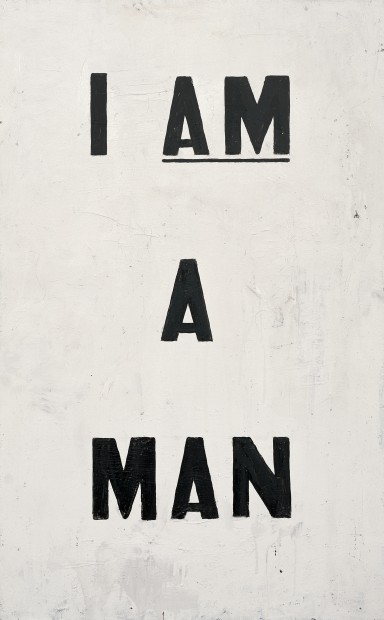 I have followed Glenn Ligon’s work over the past twenty years. He’s not known for his subtlety. In fact, he deliberately provokes his viewers. Given that his work examines race, gender and politics in such raw and unblinking ways, I admit I was pleasantly surprised that The Modern was willing to take the risk of offending its constituency. I ran into one board member who confessed that the show was…interesting, but that he felt very uncomfortable with the N word prominently displayed. When I chuckled, he said that someone from New York or Philadelphia would be used to such things (meaning me). 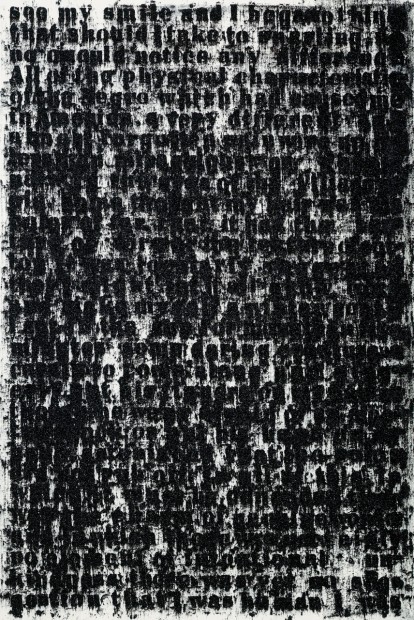 My favorite works in the exhibit are the large-scale coal dust paintings from the Untitled series (Stranger in the Village). They incorporate James Baldwin’s essay of the same title. This series, while representative of Ligon’s early signature text paintings, shows his growth as an artist. The connotations of coal dust as a material that is a waste by-product, yet also beautiful in its dark richness and luster, serve to add layers of meaning to Ligon’s work. The material obscures Baldwin’s words, while adding physicality to the paintings, something that is not evident in the early works. 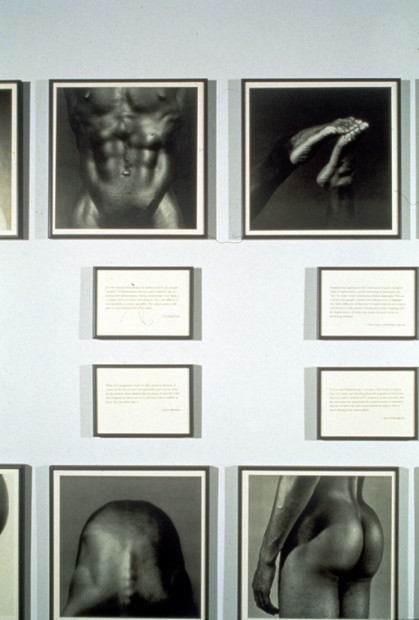 Besides the prolific use of the N word, Ligon’s Notes on the Margin of the Black Book (1991-1993) generates the most controversy. I was interested to see if the work still had the same impact twenty years later. Appropriating Robert Mapplethorpe’s controversial black and white photographs of nude, eroticized, and well-hung black men, Ligon included excerpts of commentary about the photos from various sources—some famous theorists and artists, as well as the everyday public. (If you are uncomfortable having your face inches away from huge penises as you read the text, skip over this room.) I was surprised that the work’s dialogue did not seem dated, continuing to resonate and remain relevant today. 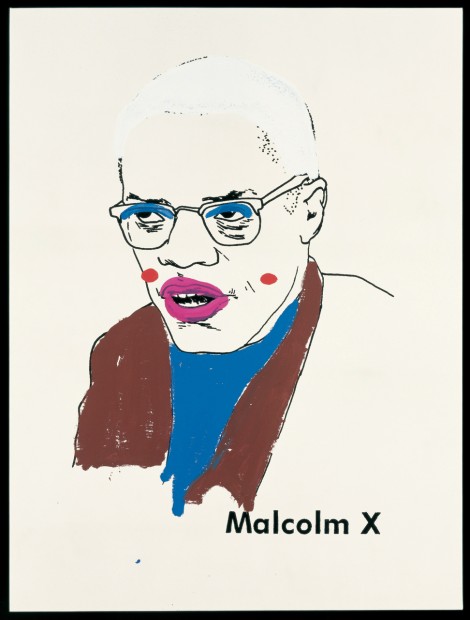 My only criticism of the well-curated exhibition was the omission of Ligon’s punching bags, which are also part of his signature works. I also have questions concerning Ligon’s appropriation of children’s drawings based on a community project he did. The silkscreens on canvas are visually compelling, but I question the nature of collaboration with the children and the use of their images as his own. When you visit, definitely checkout and/or buy the hardback catalog, which is filled with excellent reproductions and insightful essays.

I like colette’s approach in her reviewing (writing about art). unpretentious,”uninstitutionalized”, and keeping it real. I will not get a chance to see Ligons installation, however, colette’s review has planted the artist’s work in my mind. the Mapplethorpe reference was relevant before i read her words and duely appropriate. thank you glasstire for posting, collette for writing, and Ligon for being an artist in a world already appropriated and waiting to be remixed with a part of ourselves.
c

Dear C,
Thank you so much for reading and for taking the time to comment. I was trained in the institution, so can certainly theorize with the best of them, but enjoy writing accessible, direct reviews. Since you can’t see the exhibit, I hope you can get the catalog/book. It’s worth the investment and has all the work from the exhibit.

[…] mid-career retrospective of Ligon’s work at the Museum of Modern Art of Forth Worth, gets the Glasstire treatment from Colette Copeland as well as the Art This Week video interview. A very contained, […]

[…] The IAIR 98.1 Artpace alum’s first comprehensive, mid-career retrospective, Glenn Ligon: AMERICA, opened at The Modern Art Museum of Fort Worth on February 12. The exhibition surveys 25 years of Ligon’s work, from his student days until the present, and includes previously unexhibited early works, which shed light on his artistic origins. AMERICA is on view through June 3, 2012. (You can read more about the retrospective on Glasstire.) […]