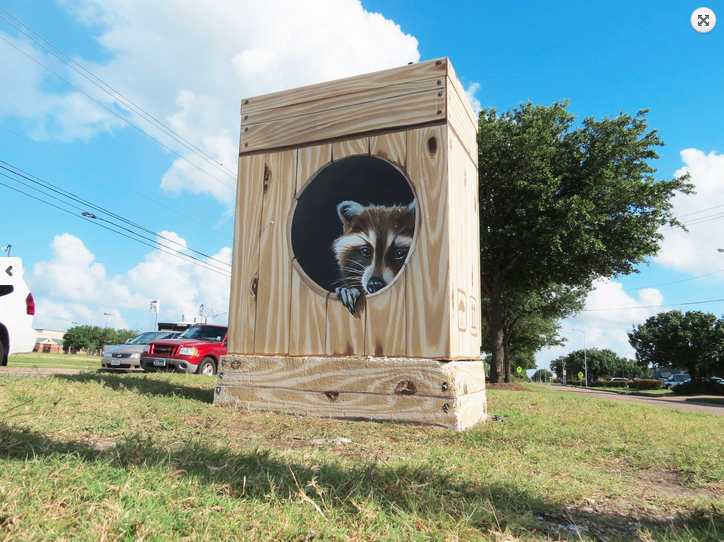 If you have been in Houston recently, you may have noticed that a number of utility boxes have been turned into small murals. This new project, quite appropriately named Mini Murals, is sponsored by UP Art Studio.

By partnering with the City of Houston, UP Art Studio has managed to curate a selection of murals that reaches a large portion of Houstonians. The pilot phase of this project has focused on locations in Southwest Houston and encompasses many utility boxes that are outside of the 610 Loop. This allows many artists who are well-known in the inner loop of Houston (such as Dual and Wiley) to have their work in a broader context.

Elia Quiles, the founder of UP Art Studio, has said this about the project: “Street art is important to us because it’s a form of art that enables artists to express themselves free of the constraints of the formal art community. It’s art that is accessible by the majority of the population, regardless of geography or socio-economic status.”

You can follow the program with the hashtag #MiniMuralsHou

Also, be on the lookout for a kick-off event happening September 19th.