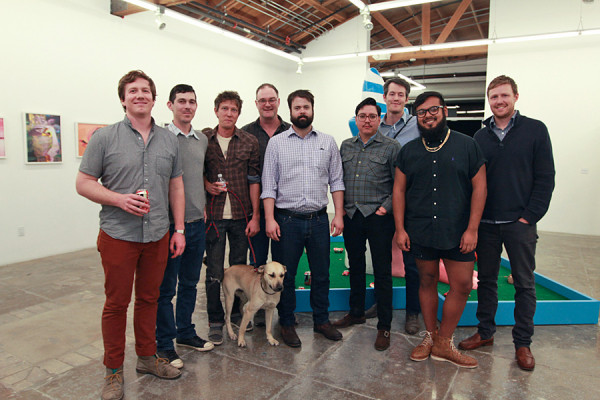 Austin’s Okay Mountain, the nine-member artist collective, is about to have a busy few weeks. The Blanton Museum of Art announced the acquisition of Roadside Attractions, a 2012 installation by Okay Mountain, which will go on view at the museum beginning tomorrow. Also, the Blanton has commissioned the collective to create an outdoor mural on March 29-30 at the Frank Public Art Wall (4th Street and Colorado in downtown Austin). The public is invited to watch them install the mural, which will remain on view throughout April. There will be an opening reception for the mural at Frank on April 15 from 6-9pm. 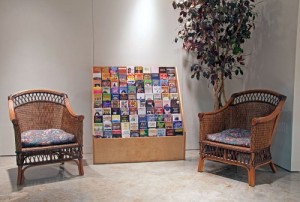 Roadside Attractions. Viewers are invited to take the goofy brochures, which can be seen here.

On April 4 at 2pm, the Blanton will host a lecture with all nine current members of Okay Mountain. Formed in 2006 and based in Austin, the members are scattered around a number of cities. This lecture will mark the first time that the entire group has ever spoken together in Austin.

April 4, 2pm at the Blanton (beginning of last paragraph)! Go!