Glasstire counts down five art shows to see with family over the New Year holiday. 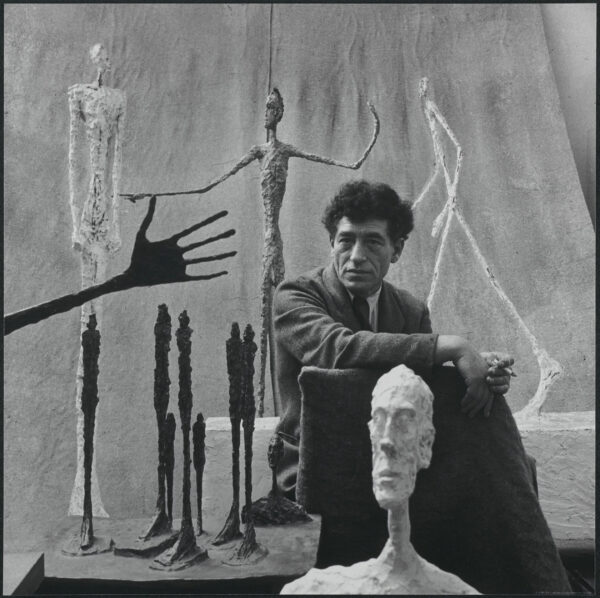 “Alberto Giacometti: Toward the Ultimate Figure presents an ensemble of 60 masterpieces highlighting Alberto Giacometti’s major achievements of the postwar years (1945–66). This touring exhibition explores the artist’s creative process and how he came to produce his iconic figures.

Giacometti (1901–1966) reasserted the validity of the figure and figural representation at a time when abstract art had grown dominant in the international art world. His works became associated with existentialism, and to many, Giacometti’s emaciated figures—evoking alienation, fear, insignificance, and uncertainty—embody the psychological complexities of the Cold War era. Stripped to essentials, compressed and flattened, these fragile beings present themselves as expressions of a deep crisis facing art and humanity.”

From the Meadows Museum:

“The Meadows Museum, SMU, presents Dali/Vermeer: A Dialogue, an exhibition tracing the influence of 17th-century Dutch master Johannes Vermeer (1632–1675) on Spanish Surrealist Salvador Dalí (1904–1989). For the first time in history, Vermeer’s Woman in Blue Reading a Letter (c. 1663) will appear side by side with Dali’s reinterpretation of the painting, titled The Image Disappears (1938). The exhibition represents a unique opportunity for viewers to contemplate these two works in tandem, thanks to loans from the Rijksmuseum in Amsterdam and the Fundació Gala-Salvador Dalí in Figueres, Spain, which displays Dalí’s painting in the Teatro-Museo Dali.”

“The Menil Collection is pleased to present Samuel Fosso: African Spirits, an exhibition of the fourteen, large-scale gelatin silver prints from Samuel Fosso’s African Spirits series. The show is presented in conjunction with the 2022 FotoFest Biennial and African Cosmologies Redux, a new presentation of photography originally curated by Dr. Mark Sealy OBE, Director of Autograph, London, and Professor at University of the Arts London.

In this series of self-portraits, completed in 2008, Fosso portrays himself as Angela Davis, Martin Luther King Jr., Patrice Lumumba, Kwame Nkrumah, Léopold Sédar Senghor, Malcolm X, and other prominent figures from 20th century Black liberation movements. Fosso’s photographs reference iconic images, such as Carl Fischer’s photograph of Muhammad Ali that was published on the cover of Esquire in 1968 and the police mugshot taken of King after his arrest during the 1956 bus boycott in Montgomery, Alabama. Fosso’s reinterpretations of these historic photographs pay homage to the figures in the original images and raise questions about individuality, celebrity, the media, and the complicated history of representation.

From the Blanton Museum of Art:

“Medieval X Modern (pronounced: Medieval by Modern) showcases 19th- and 20th-century works by artists across Europe and the Americas, from prints and drawings to paintings, illustrated books, sculptures, and decorative objects, that are influenced by the styles and subjects of medieval art and architecture. Paired with medieval objects, the modern works in the exhibition show a renewed interest in the craftmanship and mediums associated with the Middle Ages, such as illuminated manuscripts, stained glass, and woodcut printmaking, as well as the era’s compelling figures and tales. Many artists portrayed martyrs and saints, from Joan of Arc to Catherine of Alexandria; major works of medieval literature, notably Dante’s Divine Comedy and Chaucer’s The Canterbury Tales; and legends, like the sword of Charlemagne, reinterpreting them for the modern age. Others revived an interest in Gothic architecture, exemplified by Ellsworth Kelly’s studies for the stained-glass windows that would later become the ‘tumbling squares’ in his iconic Austin.

Drawn primarily from the Blanton’s collection, Medieval X Modern includes exemplary medieval works alongside works by Kelly, Marc Chagall, Robert Rauschenberg, Clare Leighton, among many other modern artists who turned to the Middle Ages for inspiration. Created during a time characterized by increased industrialization, war, and political change, the artworks reveal ideals and anxieties of the modern age.”

From the Art Museum of South Texas:

“AMST is celebrating 50 years on the Corpus Christi Bay this year. The original complex on the bay known as the Singer building, designed by world-renowned architect Philip Johnson, opened to the public on October 4, 1972. To honor the past, celebrate the present, and plan for the future, a diverse selection of exhibitions and educational programs have been planned. Experience Andy Warhol, Jasper Johns, and Frank Stella in a homage to the 1972 opening exhibition Johns, Stella, Warhol: Works in Series. The intention is to show the work of artists that occupied the AMST galleries at a time that these American men were and remain highly recognized for their modernist contributions to art and the cannon of art.

The exhibition will also give guests a focused look into what the interior of the Singer Building was like (minus the living plants and indoor smoking areas) 50 years ago. Planning for Warhol, Johns and Stella: Revisited began early 2020. The exhibition on view is made possible with loans from ten art museums around Texas and one Warhol piece from the Museum’s permanent collection. The art on view will span several decades and coincide with the opening of Past Paper// Present Marks: Responding to Rauschenberg an exhibition showcasing Jennifer Garza-Cuen and Odette England’s photogram works. Both exhibitions will run adjacent to exhibitions of the Museum’s permanent collection.”

The Meadows Museum Acquires a Rare Painting by...